And he’s putting considerable human power behind that effort.

Of Rivian’s nearly 15,000 employees, about half are focused on future products, Scaringe said while on stage Wednesday at TechCrunch Disrupt.

Scaringe also said he sees Rivian charting a course toward smaller EVs like e-bikes and even using autonomous vehicle technology. Scaringe also touched on the future of the battery supply chain in the U.S.

A multimodal business with smaller EVs 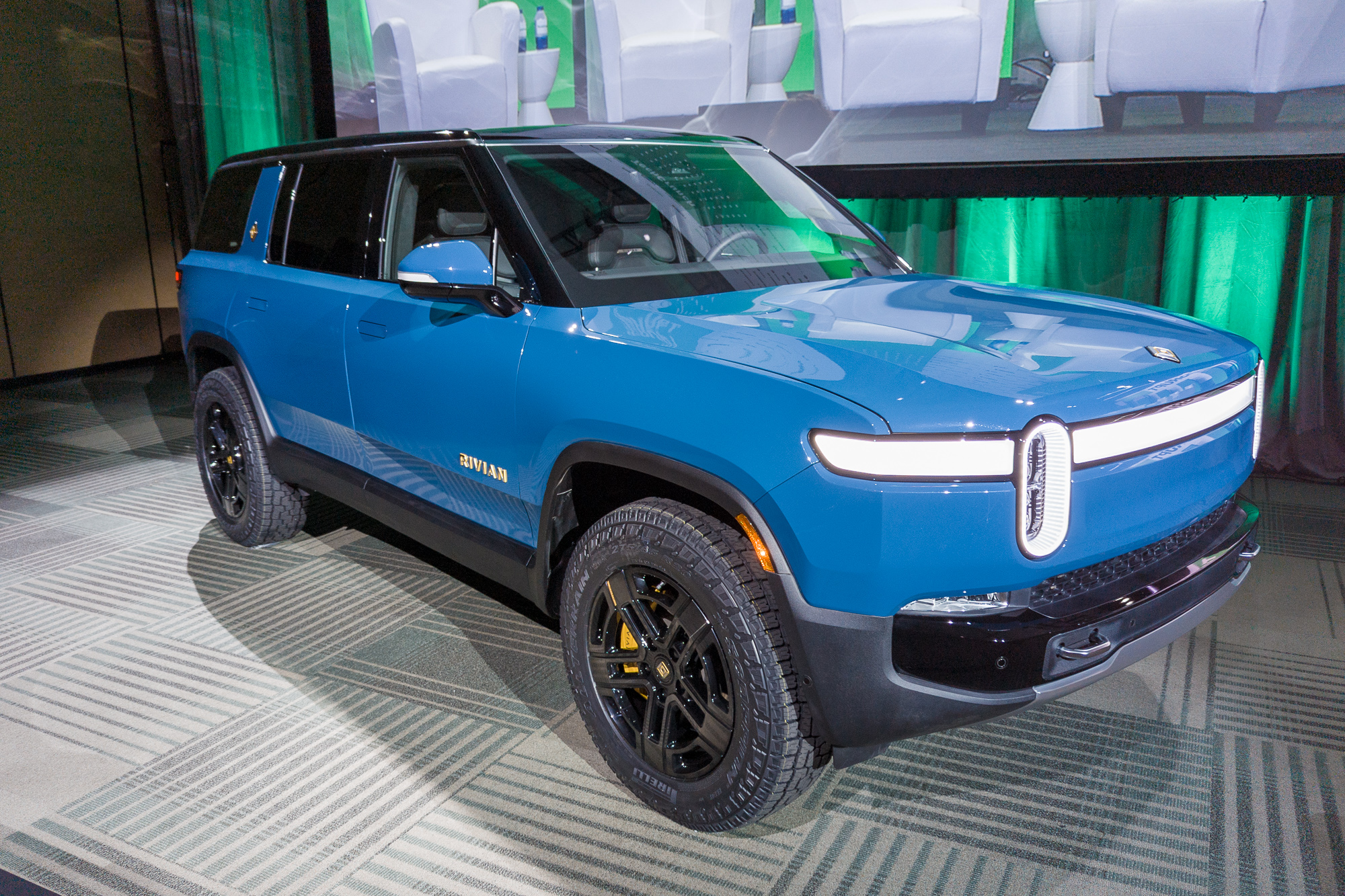 “When you look at transportation over the next 10 to 15 years, a quarter part of the way we think about our product portfolio is that we’re increasingly gonna go towards multimodal, so we’ll be using vehicles sometimes, public transportation other times, and increasingly e-bikes,” Scaringe told TechCrunch transportation editor Kirsten Korosec. “So for us to be part of that sort of mosaic of different mobility solutions, we have a whole host of products, a number of which are pretty far from what you see here.”

Scaringe wouldn’t commit to saying explicitly that Rivian is planning on making an e-bike, even though the company did file a trademark for an e-bike earlier this year. However, the founder did say he thinks e-bikes will play an increasingly important role for transportation, both in the movement of goods and people.

Scaringe elaborated on that point, saying Rivian will be moving to smaller form factors, which he sees as the next move for urban deliveries.

At the same time, the Rivian CEO says policy needs to help guide how these new modalities are integrated into cities.

“We’re living in a world right now where a lot of these new types of mobility that are emerging weren’t contemplated in how we designed our streets, our parking, certainly policy,” he said. “You’re talking about e-bikes. This is a really key one; there’s a loophole where kids can be on a bike that can go 20 miles an hour because it’s a bike. So we’re seeing the regulatory framework needs to do a lot of catch-up over the next couple of years around these spaces.”

A rosier outlook on lower-level autonomy 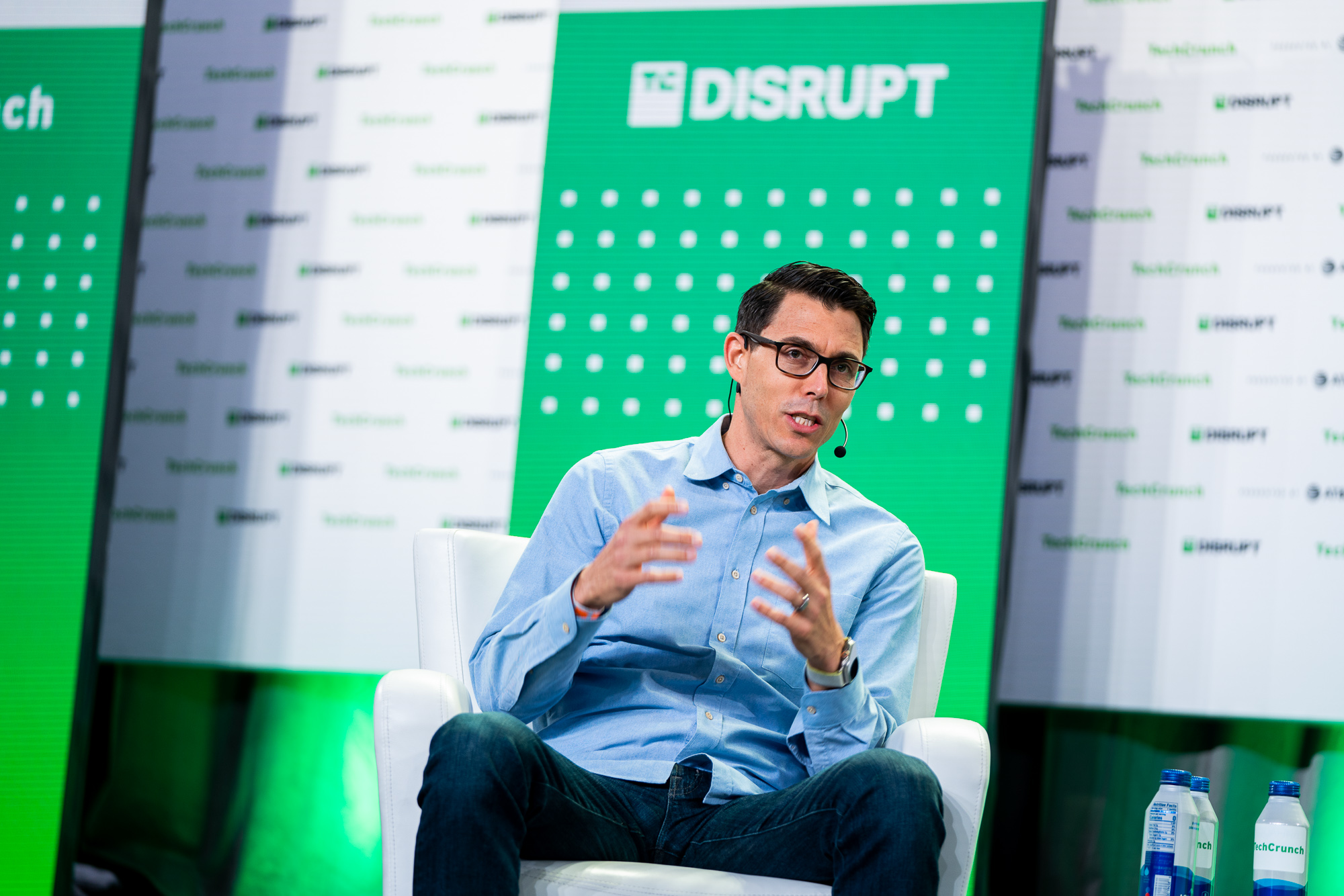 Scaringe expressed concern that society seems to have lumped together all different types of autonomy, so he broke it down into two systems — hardware-heavy systems, which involve spending hundreds of thousands of dollars on perception and compute in a vehicle to achieve a very high level of autonomy where the vehicle drives itself and often eliminates the need for even a steering wheel; and hardware-constrained systems, or advanced driver assistance systems, where automakers only need to spend thousands of dollars on sensors and compute to achieve a lower level of autonomy.

“So the ability to take your hands off the wheel and eyes off the road and have the vehicle drive, but there are a number of circumstances where of course you as the driver have to participate,” he said.

Rivian’s vehicles are equipped with the latter form of autonomy, its driver assistance system called Driver+.

Scaringe said that the hardware-heavy systems are taking a lot of capital for a roadmap that keeps extending longer than most anticipated, whereas the hardware-constrained systems continue to get better.

“We get to leverage the learnings that occur between our consumer vehicles and our commercial vehicles, the commercial vehicles which are driving on many different routes, frankly, all day long,” said Scaringe. “So there’s this wonderful learning that you get from the deployed fleet. And so while there’s less hardware, the role that AI and ML can play in your camera’s training, therefore, your planning algorithms, is really quite powerful. And so our view as a company is really a more hardware-constrained system that can be applied across a lot of vehicles in millions and millions of miles is a platform that’s going to have the better long term potential.”

Scaringe also said that for hardware-heavy companies, Level 4 autonomy is already widely possible as long as you create a geofence. Level 4 means the autonomous system can drive itself under certain environmental constraints without requiring the driver to take over. Rivian’s current vehicles will be limited to Level 3 autonomous technology, which means the system can drive itself in certain conditions but a human must take over driving if the system requires it, due to its hardware limitations, said Scaringe.

“But over time, of course, as we add new sensing modalities, and as compute levels continue to rise, the ability to expand it to Level 4 is certainly there,” he said.

One of the reasons Scaringe thinks it’s a savvy business move to pursue autonomy is because, increasingly, having human drivers behind the wheel is becoming a liability. At least, according to insurance providers. Scaringe says through Rivian’s insurance products, rates actually go down the more drivers use Driver+.

“The reason for that is it’s much better than the best human,” said Scaringe. “The vehicle’s not going to check its phone for a text, it’s not going to get distracted by something out the window. So the safety aspect of moving into these Level 2, Level 3 systems that intentionally drive towards more and more time being driven by the vehicle itself is meaningful and real.”

“When you look at the semiconductor shortage we’ve just gone through… I would call that an appetizer to the degree of the supply chain constraint we’re likely to see across the battery supply chain over the next 15 years,” said Scaringe.

The battery supply chain as we know it wasn’t built for hundreds of thousands of large battery packs going into electric vehicles. It was built largely around consumer electronics, so it’s very small, said Scaringe.

“So it has to grow on the order of 20x over the next 10 to 15 years, and so the level of investment needed to go build that is staggering,” said Scaringe. “And moreover I think the level of risk concentration, given that it hasn’t been built in the United States, is a real thing. So, you know the the IRA bill that recently passed which affects many businesses, it has a huge impact on the transportation space because it creates very large and very helpful incentives to go build and create the supply chain that doesn’t exist today.”

Earlier today, the Department of Energy actually awarded $2.8 billion to 20 battery companies to boost domestic production, the first tranche of $7 billion that has been set aside per Biden’s Infrastructure Bill.

Despite the moves being made in this space, and the dollars going into it, Scaringe still sees the demand for battery materials and cells outstripping the supply in the near future.