For most dairy farmers, milk flowing from their cows is tested by a traveling technician once per month. But in a world where bovine mastitis can appear from one day to the next, it is udderly ridiculous to test milk flowing from cows once per month. Today at TechCrunch Startup Battlefield, Labby offered a different solution, with an inline optical sensor that can test cows every time they are milked. For now, the product detects potential issues early, but over time, the company believes it can start predicting issues before they occur.

The main difference between the two products is also their strengths. The handheld device can be used by any technician out in the (literal) field; you select the cow you’re testing on a smartphone app, and the test results show up with the right animal. That’s great when a cow is wandering about or if you have suspicions about a particular animal having an illness. The inline device is fully automatic and works over Wi-Fi. For this device, the results need to be assigned to the right cow manually, but it makes it feasible to test every cow, every milking.

Labby tells TechCrunch that the device takes spectral measurements of milk samples and uploads them to the cloud. From there, the company uses machine-learning models to take spectral readings as inputs. It can estimate the content of the milk, broken down into fats, proteins and somatic cell counts. Once the measurements are taken and assigned to an animal, the farmers can use an app or any web browser to see the full testing history of any animal, to ensure they are going a-bovine and beyond in terms of milk production.

“Animal health records are like human records; they give critical indications about animal health and feed efficiency. It turns out that milk is the best biomarker for everything. Currently, the industry only tests once a month for each animal. We think this is a systemic failure for the farmers and for the animals,” says Julia Somerdin, CEO and founder of Labby, in an interview with TechCrunch. “One complication for animal health is mastitis. It one of the most common yet expensive diseases, and it can change from day to day. So when they do 30-day testing, the test will tell you everything is fine, but the next day the animal could develop a case, which can be subclinical with no symptoms. So for farmers, between testing days, they have no idea how the animal is doing.” 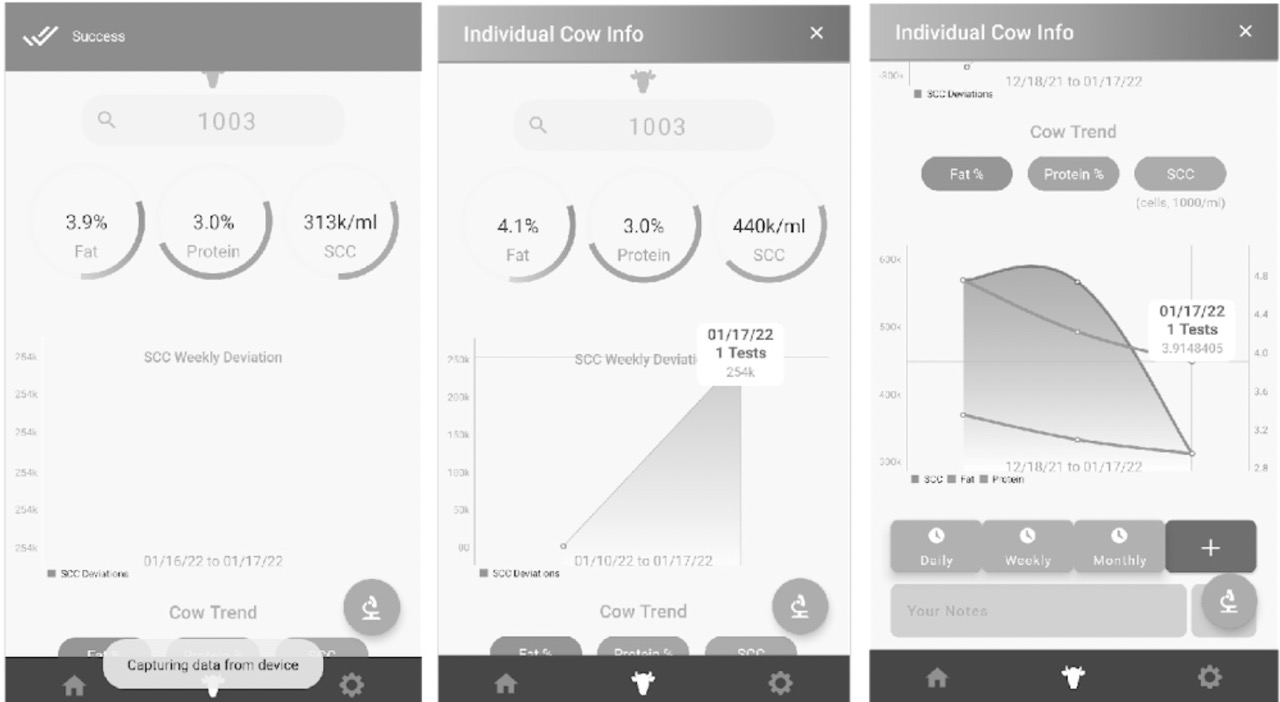 Labby’s dashboard gives you unherd-of amounts of details, both for spot testing and trends for each animal in the herd. Image Credits: Labby.

“With our solution, we can provide on-farm real-time testing to help provide the farmer with daily, weekly and monthly health records,” says Somerdin. “Animal health is the critical indicator that’s missing from today’s industry practices.”

From the numbers and the impact, you’ll be unsurprised that there are big sums of money involved. The best milk gets farmers the best price, which means that milk quality is directly linked to revenue, the Labby team tells me. The benefit is two-fold: Healthier cows need less veterinary attention, and higher-quality milk nets the milk producers more money per gallon of milk delivered.

“We can insert Labby in the value chain. Dairy is a very input-intensive industry so we have all kinds of suppliers that help farmers produce more and better milk, and then the dairy farmers sell their milk to dairy processors. With our service, the big battle, besides the money-saving aspect, is we create all this real-time data,” says Somerdin. “Animal genetics companies can use that data, helping them refine their algorithms. We can also bridge the gap between dairy producers and veterinarians, enabling telehealth for cows.” 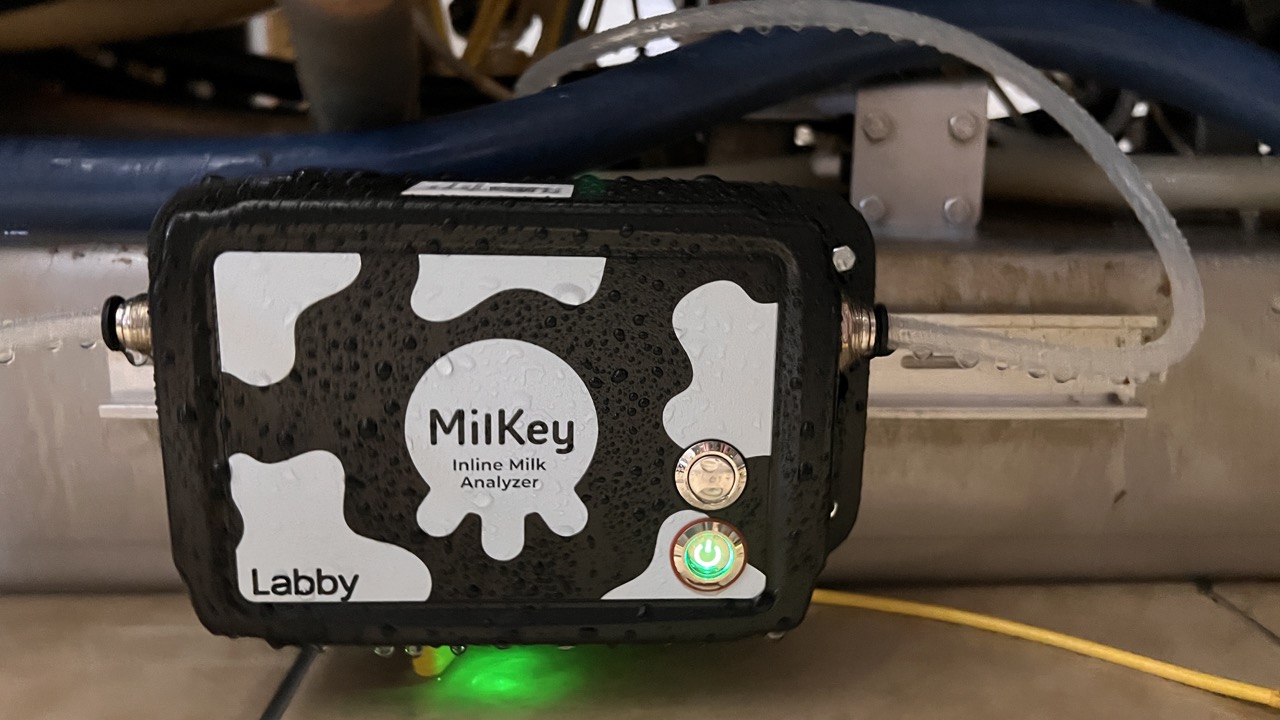 Apart from the fact that when I hear “telehealth for cows,” I giggle at the thought of a cow staring into a Zoom screen and talking about its feelings and its four upset stomachs, it’s easy to understand how Labby adds significant value and the ability to be an early warning system for animal health.

“The most important thing is that you don’t need a technician to sample the milk anymore. The cleaning can also be integrated with the current system,” says Somerdin, explaining how the company has designed a set-it-and-forget-it approach to continuous testing.

Labby was part of Techstars, and raised a total of $1.3 million from them and a number of other investors, including MIT Media lab’s E14 fund.

The company officially started selling its products in early October, and has only just started shipping its products to customers. In the short term, it’s a hardware+SaaS business, but after that, it’s time to start milking the data itself for wisdom. 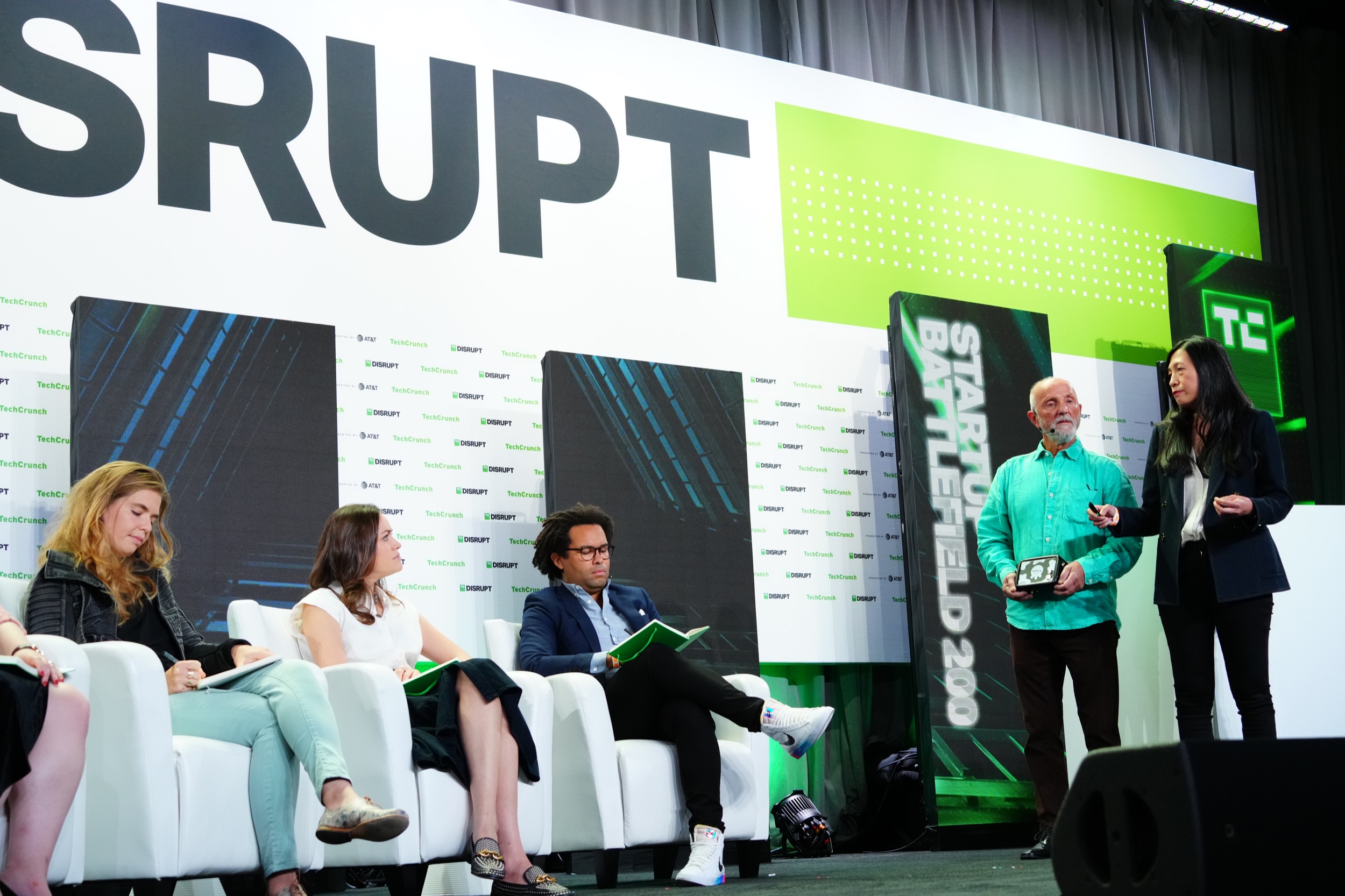 “Our business model has three revenue streams. For the dairy farmers, they pay once for the hardware equipment, then monthly for us to provide the testing in the cloud. The farmer pays per cow per day,” says Somerdin. “In addition, we’re looking at data. We believe we are generating significant value for the industry, such as for genetic companies. We will have a data licensing fee, but we will wait to offer that until we have half a million cows on the platform.”

Over time, the company hopes to be able to use big data to catch a glimpse of the future, too.

“The data will help us develop a reliable benchmark for each animal,” says Somerdin, and suggests that deviations from the benchmark could tell you something about what’s going on for the cows, health-wise. “Based on that, we can look at pattern recognition for disease onset among the herd. We could also predict patterns for milk production, which currently relies only on historical data, which limits their accuracy.”

All in all, the company seems eager to (milk)shake up the industry, and bring all the farmers to the yard. And they’re like, it’s better than yours. They will teach you, but they’ll have to charge.