I don’t love devoting the first several paragraphs of this newsletter to Amazon every week, but no one is making waves — both good and bad — in the robotics space quite like the little mom-and-pop bookseller from Seattle, Washington. This is one of the bad weeks. It’s a story about what happens when your high-profile pilot doesn’t turn out as planned.

Failure is always an option. It’s not a good option, and it’s certainly not the option anyone is hoping for, but to suggest it’s not an option is really just a fundamental misunderstanding of what the word “option” means. Life isn’t a motivational poster dressed up as a LinkedIn post — it’s life, and failure is sitting around like a teenager loitering in the 7-Eleven parking lot. It could be a blessing, it could be a curse, but it is never, under any circumstances, not an option.

Last week, Amazon confirmed reports that it has scaled back real-world piloting for its last-mile delivery robot, Scout. The ~400-person team will mostly scatter to the wind. A few will remain with the (not entirely dead) project and still others will fill suitable roles inside the company. Amazon tells TechCrunch:

During our limited field test for Scout, we worked to create a unique delivery experience but learned through feedback that there were aspects of the program that weren’t meeting customers’ needs. As a result, we are ending our field tests and reorienting the program. We are working with employees during this transition, matching them to open roles that best fit their experience and skills. 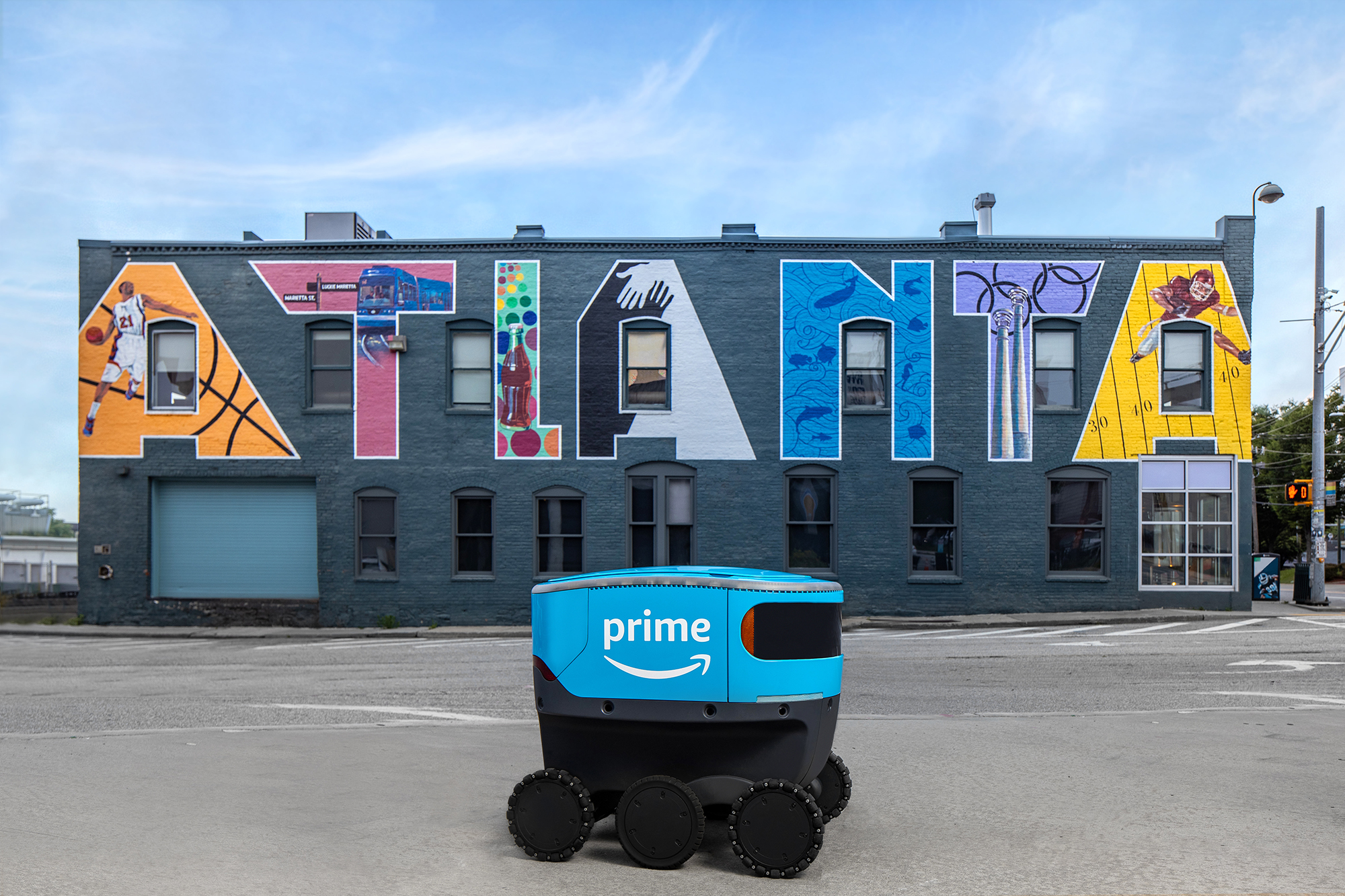 So, what to make of failure in this case? For starters, I’d point to the ups and downs (so to speak) of Amazon Prime Air. The drone project was hit with layoffs during a reorg of the project. However bearish you might (understandably) be about drone deliveries, it’s since made progress, taking baby steps with a smattering of real-world test pilots.

Even so, it’s hard not to view the Scout situation as a potential bellwether for delivery robots in general. Amazon is uniquely positioned to make them work, as the world’s largest retailer, which has already found a fair bit of success in the robotics space — primarily through fulfillment automation. It also has more money than god. It would have been easy to continue pumping money into the project.

Have you encountered a delivery robot in the wild?

There’s a good chance, however, that Scout was simply in the crosshairs of some corporate belt-tightening. Sure, Amazon is fine to toss a few billion here and there for acquisitions like iRobot, but newish CEO Andy Jassy is taking it upon himself to make some cuts to improve Amazon’s bottom line as it faces economic headwinds just like the rest of us. It’s being seen in different spots across the org, and all the robotic vision in the world couldn’t keep Scout from running into this specific obstacle. 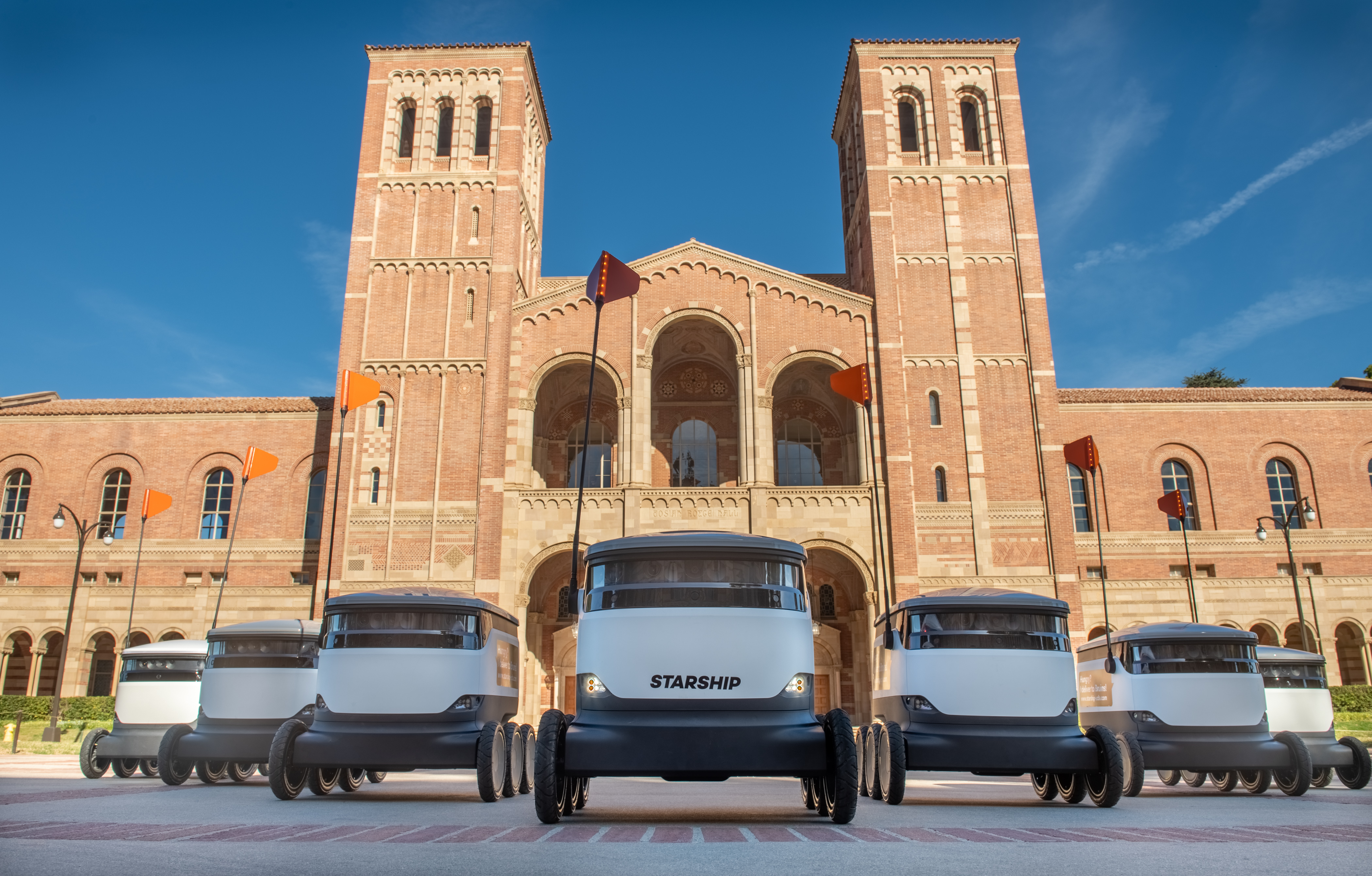 This space continues to be an interesting one to watch. There’s plenty of VC being pumped into it, and there are a lot of reports around new partnerships. This week Starship announced a partnership with Grubhub that brings its delivery bot to a number of college campuses across the U.S. The list starts with University of Kentucky; the University of Nevada, Las Vegas; Wayne State University; Southern Methodist University; and Fairfield University, with eight or nine more schools being added by end of year.

We have just launched “Delivery by Starship” with Grubhub and we’re in multiple discussions with other partners to offer our world-leading robot delivery experience as a B2B delivery-as-a-service solution. Delivery by Starship integrates into retailers’ existing platforms to make food delivery more sustainable and efficient.

Short of a crystal ball, it’s hard to know how all of this will shake out. There are so many moving parts, too many places, too much regulation to consider to accurately predict things five or 10 years down the road. I remain both curious and skeptical about the efficacy around these machines, including how they’ll deal with the ever present threat of things like stairs. Certainly some of these work fine when supervised by a human. And what of teleoperation? It’s become something of a dirty word in a category obsessed with autonomy.

The money is certainly there, and vendors are more than happy to partner with these companies. At very least, it’s an indicator to customers and shareholders that you’re looking toward the future. In a world where Amazon has made same and next day delivery the default, more automation could help take some of the onus off humans to kill themselves for quotas. So where is delivery’s Amazon moment? And if Amazon can’t deliver it, who will? 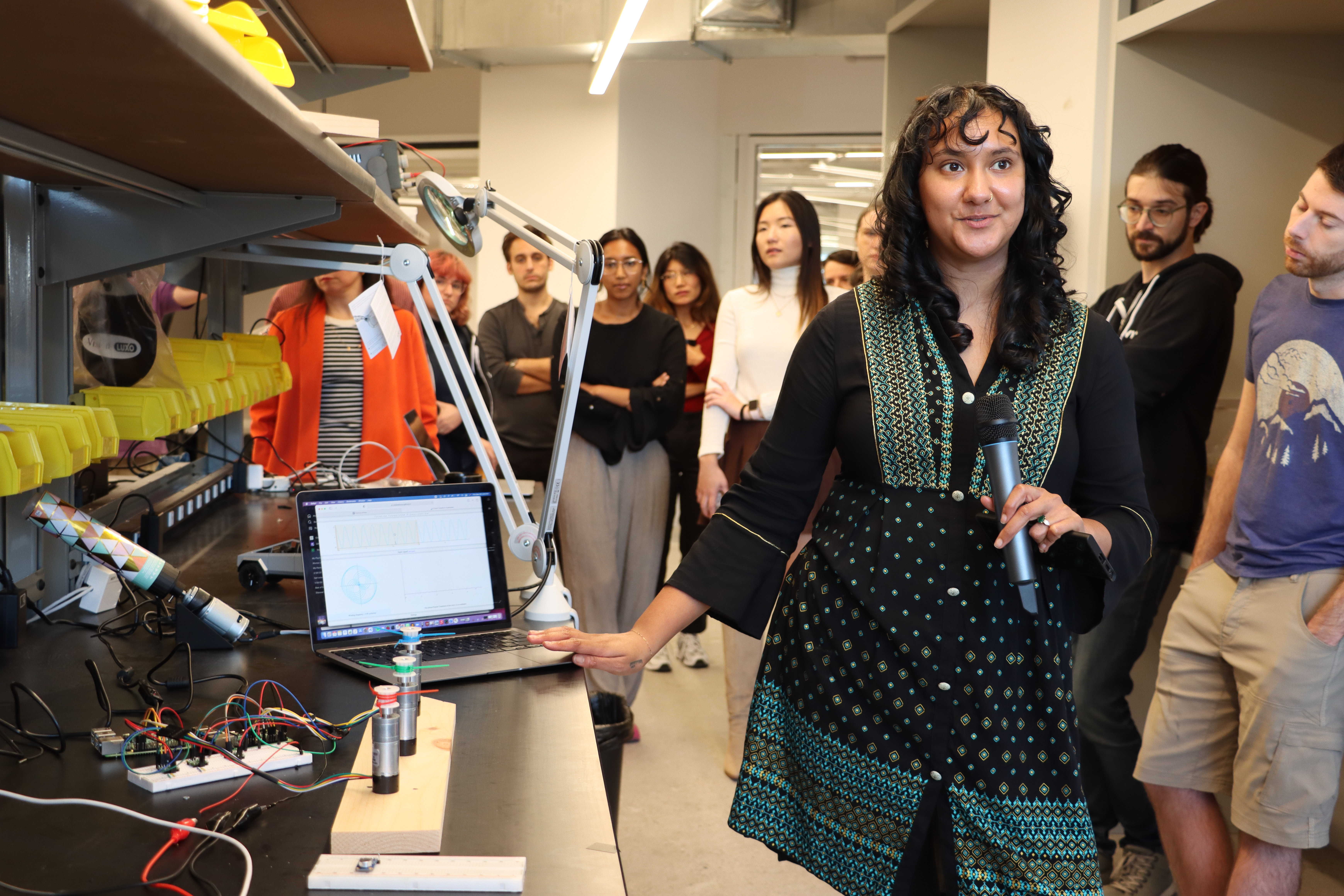 There are a number of companies pushing to lower the barrier of entry for industrial robotics deployment. It’s exciting to see, though, in our conversation, CEO Eliot Horowitz pushed back on the notion that we’re ready for a low- or no-code solution right now. He told me:

Dreamweaver was, in some ways, ahead of its time. If you look at Webflow or Squarespace, they’re kind of doing what Dreamweaver was doing, but Dreamweaver came out at a time when the backends weren’t ready for a product of its nature. It was really just a product ahead of its time. The e-commerce space wasn’t ready for no-code. I think robotics is in the same place. The benefit of a low-code solution, if it worked, would be great. I just think it’s impractical.

If someone truly can crack a no-code, hardware-agnostic solution, however, back up the old Brinks trucks. 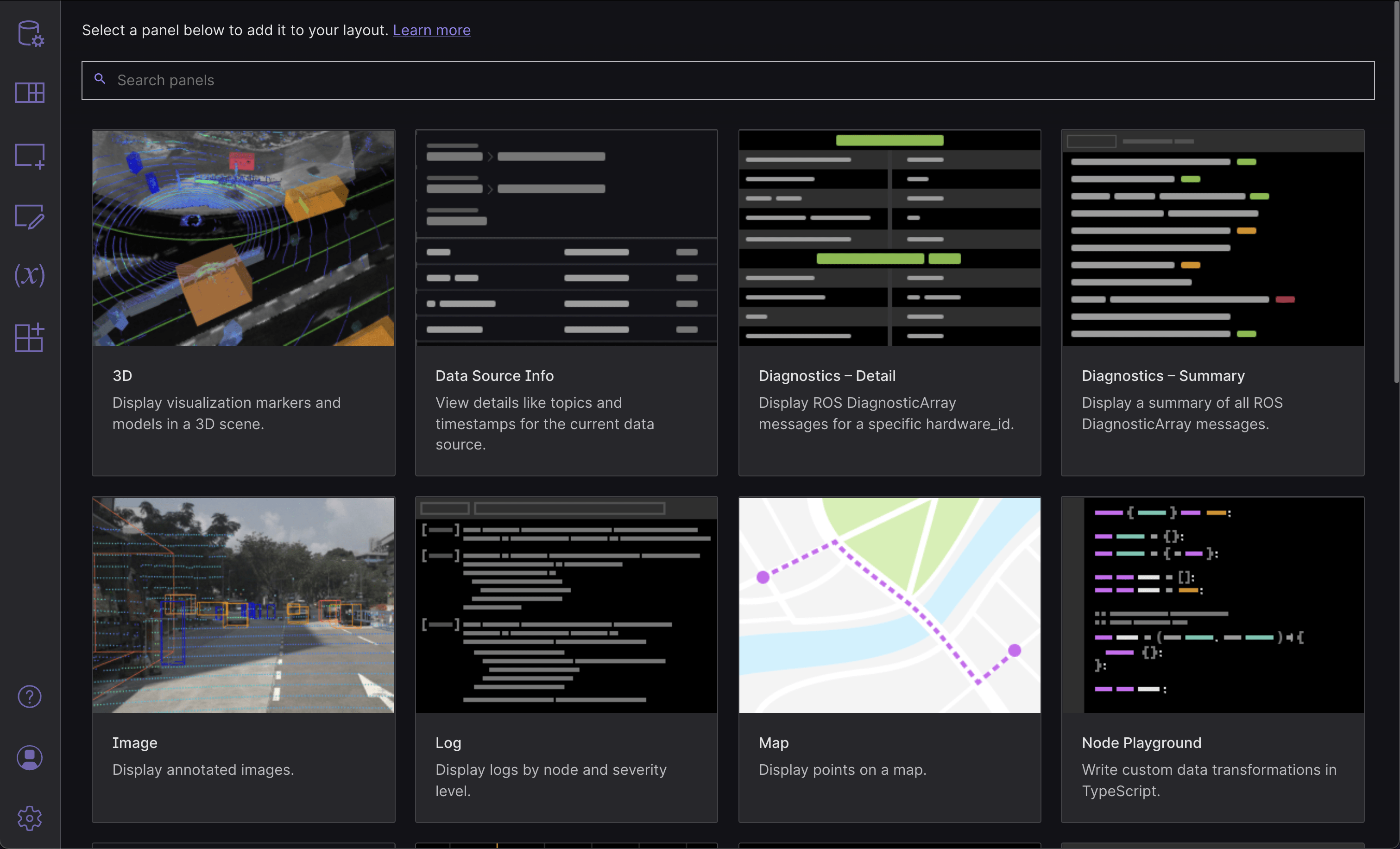 This week, Kyle has news of a $15 million raise for Foxglove, which develops open source software for visualizing and debugging robots. CEO Adrian Macneil tells TechCrunch:

It’s incredibly inefficient and redundant for all robotics companies to build nearly identical internal tools. To expand the robotics industry, we need to lower the barrier to success for robotics companies by creating high-quality off-the-shelf solutions and freeing roboticists up to focus on domain-specific challenges.

Foxglove says it already has 3,000 users for its cloud-based offering, including 6 River Systems and Nvidia.

And lastly, Andra Keay, Jeana diNatale and Sue Keay just published their annual “50 women in robotics you need to know about” story. The piece notes:

Women in STEM need to be equally represented at conferences, keynotes, magazine covers, or stories about technology. Although this is starting to change, the change is not happening quickly enough. You can help. Spread the word and use this resource to inspire others to consider a career in robotics. As you will see there are many different ways the women we profile are making a difference.

Order some lukewarm robotics news delivered directly to your inbox.