Back in 2019, Microsoft launched Dapr, an open source project that aimed to make it easier for developers to build microservices on top of Kubernetes. Dapr, which stands for “distributed application runtime,” handles a lot of the primitives for building distributed applications (think pub/sub, state management, secrets management, event triggers, etc.), allowing developers to focus on the business logic of their distributed applications. Today, Dapr is a CNCF incubating project and among the CNCF’s fastest growing ones, with more than 2,000 contributors and 19,400 GitHub stars. And as with so many popular open source projects, a small startup ecosystem is now forming around it.

Diagrid, which is coming out of stealth today and announcing a total of $24.2 million in funding, has a bit of a head start: It was co-founded by the creators of the Dapr and Kubernetes Event-Driven Autoscaling (KEDA) projects, Mark Fussell and Yaron Schneider. The two quietly raised a $4.2 million seed round led by Amplify and now a $20 million Series A round led by Norwest. Its angel investors are a who’s who of the cloud native ecosystem, including the likes of Kubernetes and Heptio co-founder Joe Beda, Envoy creator Matt Klein and Buoyant CEO William Morgan, as well as Microsoft Azure CTO Mark Russinovich (who the co-founders worked under during their time at Microsoft), former Atlassian CTO Sri Viswanath and former Heroku CEO Adam Gross. 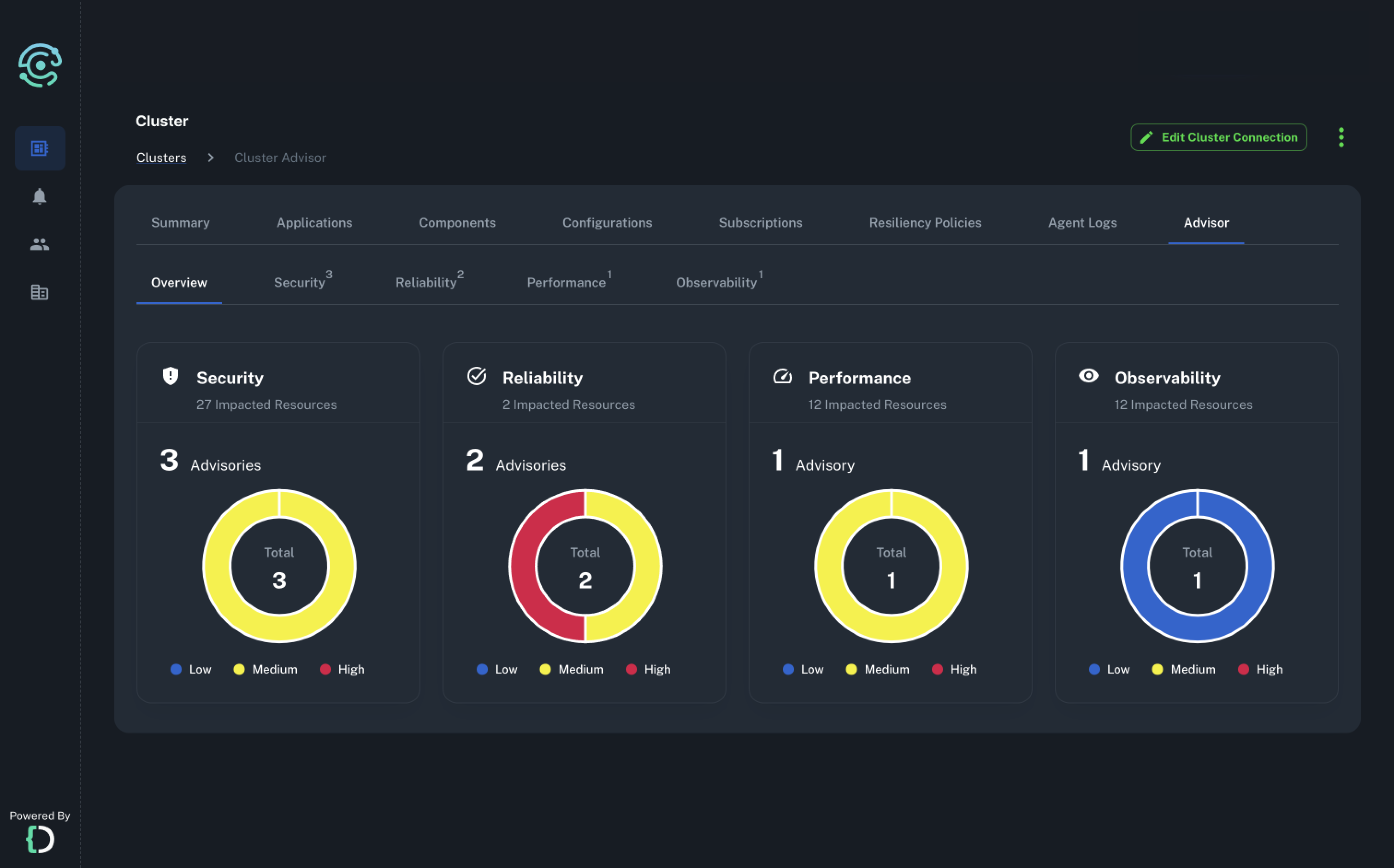 “We saw this tremendous growth in microservices applications everywhere, where for developers, that’s now the de facto way for building these. And you see this massive change in the last two years in terms of the growth of Kubernetes and the growth of containers around that,” Fussell said. “We developed Dapr because we wanted to help all those developers become productive about building the applications. And so we decided to leave Microsoft because we wanted to forge a path — particularly of building services around the Dapr open source project.”

Unsurprisingly, that’s exactly what the team did. The company, which will likely grow from 10 to around 30 people in the near future, is officially launching its first product today: Diagrid Conductor, a fully managed Dapr platform for Kubernetes. Conductor, Fussell explained, will help operations teams operate and manage Dapr in production. “Kubernetes is a wonderful platform for hosting and running distributed systems platforms, but Kubernetes itself — and any technology that gets deployed onto it — has its challenges,” Fussell said. “So Diagrid Conductor helps teams operate Dapr in production — and what it does, effectively, is it improves the reliability and operational ability of Dapr on Kubernetes.” 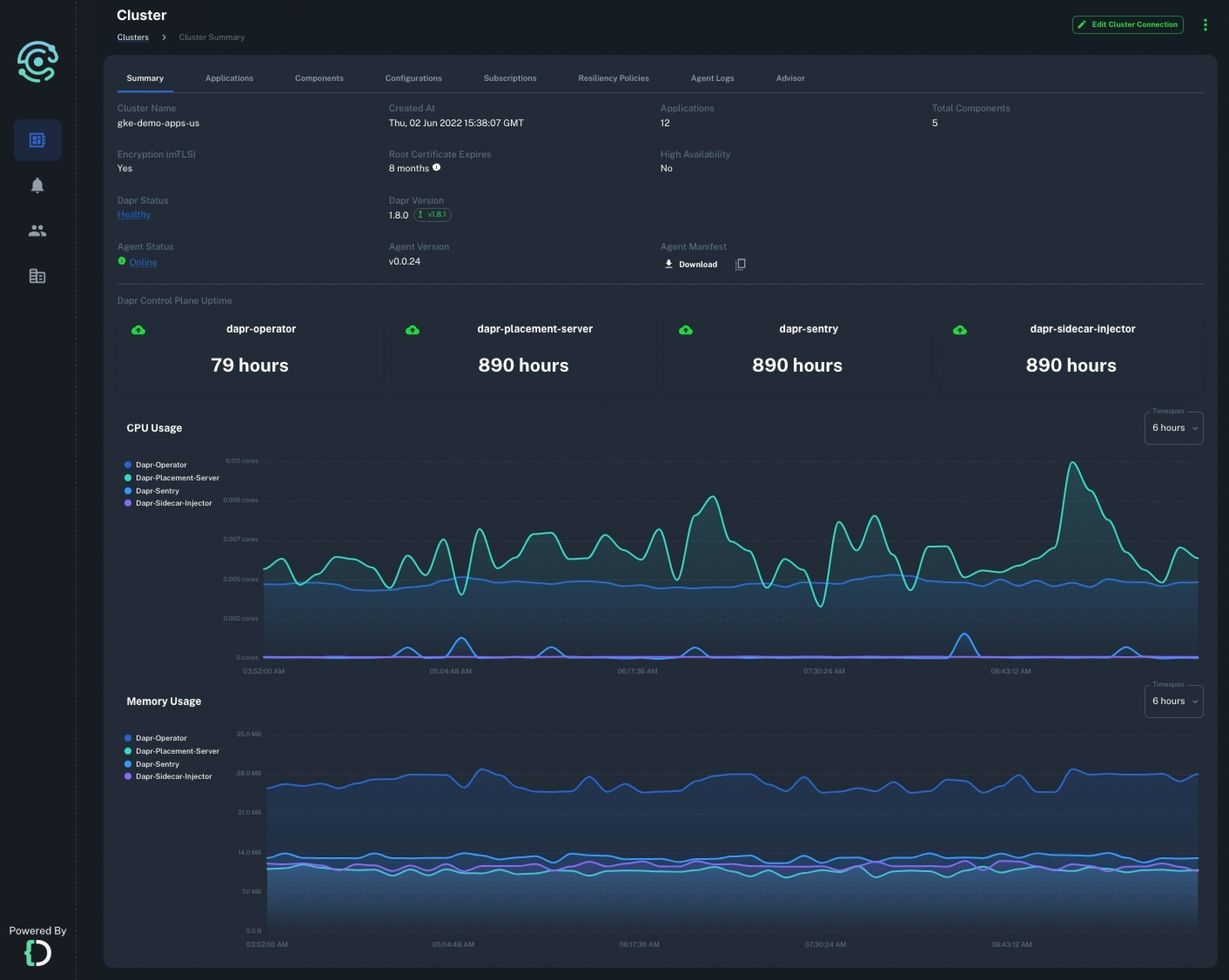 Schneider also noted that Conductor provides operational insights into application health. Typically, companies that run Dapr today have to monitor and patch it themselves, while Conductor handles all of this for them.

Diagrid is charging its users per Kubernetes cluster. For now, that’s still a somewhat manual onboarding process, but the company plans to launch a self-service tool next year.

“Cloud-based, microservices architectures have imposed real costs on engineering teams where developers have to become infrastructure wranglers and distributed systems theorists just to deploy a simple app,” said Lenny Pruss, general partner at Amplify Partners and Diagrid board member. “Dapr open source and the commercial solutions built by Diagrid strike at the heart of this problem, providing a set of developer-friendly tools and APIs that abstract away much of the distributed system complexity, thereby allowing engineering teams to focus on what matters: their business applications.”