The cameras in our phones, laptops and, increasingly, home robots and the like are about as small as they can get unless we start doing something different, and that’s just what Metalenz is getting up to — with great success, and now a $30 million funding round to expand its ultra-small 3D imaging tech.

The startup appeared in 2021 with a fresh take on cameras that abandons the approach we’ve used for decades, basically “a normal camera and lens but small.” Instead, it uses a complex but nearly 2D surface to capture light passing through a single lens, allowing the whole unit to be a fraction of the size. It’s not meant for taking clear ordinary images but providing the kind of extra info needed by those cameras — depth, object and material recognition, and so on.

We’ve seen this type of thing before, but usually in university research labs showing one-off prototypes. But Metalenz’s camera tech isn’t just capable of being manufactured — they’re already shipping orders in the millions.

If you’re wondering “wait, why haven’t I heard of it then?” think about it — did you know who made your phone’s camera, let alone its front-facing depth sensor? Not just Apple, not Samsung, not Google — they all use someone else’s lens and sensor stack, companies like Sony Imaging and Omnivision that integrate their camera component with a board maker, which sells it on to the big guys.

As it happens, one of these integrators called STMicroelectronics was looking for a better camera to equip a class of 3D sensing system it has shipped more than a billion units of over the years. The resulting manufacturing partnership catapulted Metalenz to volumes most hardware startups don’t see for years.

“For a startup, getting that first project out there is a huge hurdle,” founder and CEO Rob Devlin told TechCrunch. “This year alone we’re expecting to have millions of devices going out to various consumer applications.”

Though Devlin couldn’t name models, he said to expect household names, with more devices coming down the line. In fact they locked down another big deal while I was writing this piece — a new buyer for the original imaging device that should hit the market in 2023 (though which, again, he could not name). 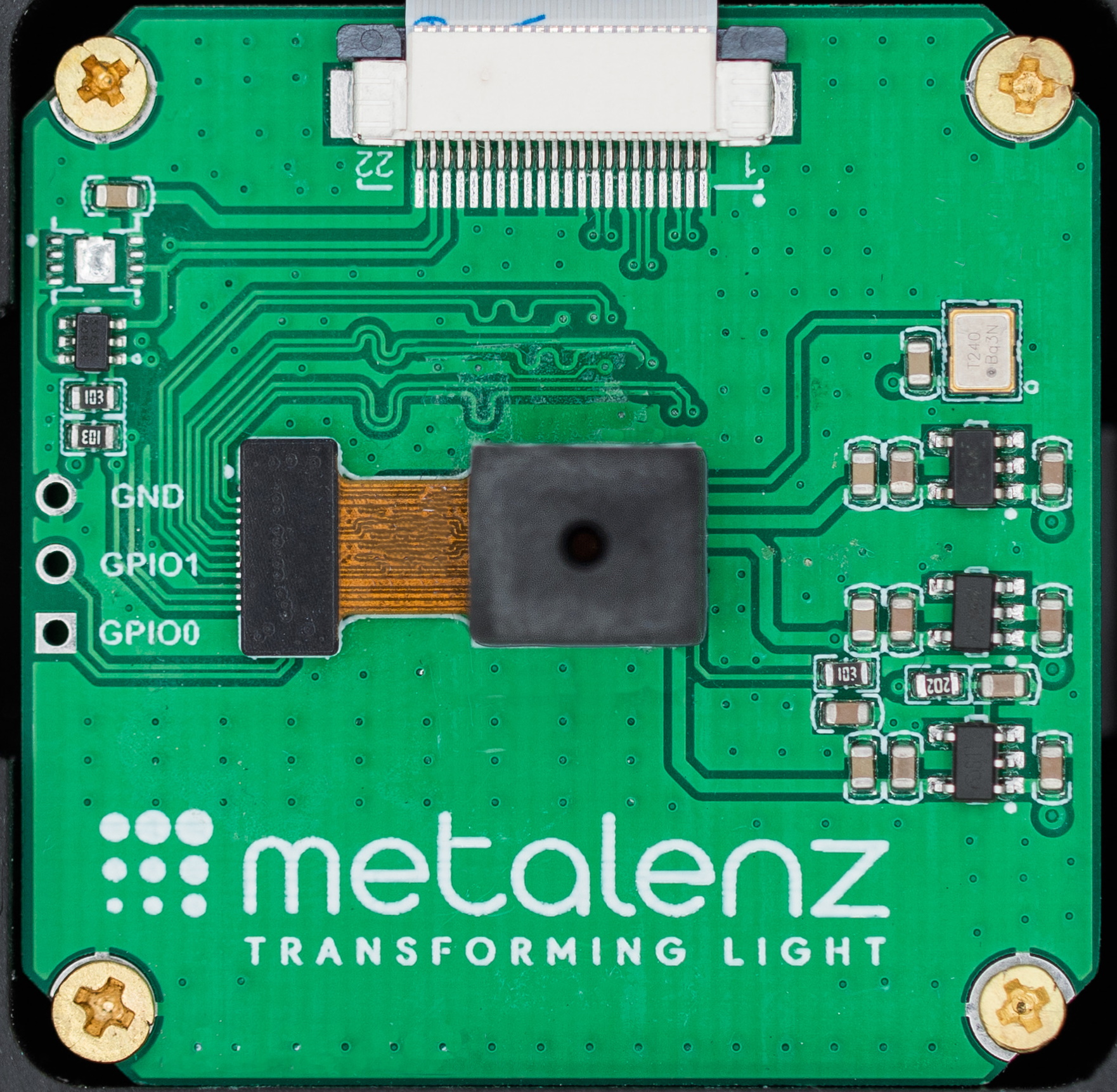 An all-in-one Metalenz camera and board shipping in 2023 for a mystery customer. Image Credits: Metalenz

“We basically have module designs at this point that will let us fit it into just about any form factor, even ones that traditional cameras have trouble fitting into,” he continued.

The notch at the top of many phones these days is a vexing reminder of that fact. But Devlin said they’re hoping to make that unnecessary with the new “PolarEyes” tech that the funding round is meant to accelerate.

PolarEyes was announced earlier in the year: essentially a camera that can read the polarization of light, allowing it to sense different materials, textures and other qualities that ordinary RGB cameras can’t, even giving it limited depth-perception ability. A particularly promising application of the tech is facial recognition for phones.

The Face ID in iPhones may work well, but the drawback is that it’s an expensive and complex near-field 3D sensing module that takes up a ton of room at the top of the phone, and basically does nothing 99% of the time. That’s Apple’s decision to make, and people will pay over a grand for their phones, but what about budget Android handsets that ship in the tens of millions too?

“We see a really strong beachhead and market need for enabling a much better and cheaper and thinner facial recognition solution outside the iPhone. The android community and notebooks are looking for something that can do that,” said Devlin, and a Metalenz PolarEyes model has what they’re looking for.

Not only is it much cheaper than a front-facing 3D sensor, but it’s considerably smaller in every dimension too — “half the price and half the thickness,” at least eventually, Devlin said.

It performs well on all the usual metrics, he claimed, though large-scale testing is still necessary. That’s why they’re shipping out units in the coming months to potential customers interested in the possibility.

Testing and scaling up the PolarEyes product is where most of the $30 million in funding will be headed. The round was led by Neotribe Ventures, with partipation from (big breath) Foothill Ventures, M Ventures, Intel Capital, Osage University Partners, TDK Ventures, 3M Ventures, Global Brains, SG Innovate, Baidu Ventures, Hegemon Capital and Braemar Ventures.