There’s one issue I have started to see more and more often: Startup founders, in their desperation to show how big their markets are, overstep the mark significantly, claiming numbers for their TAM/SAM/SOM that are unobtainable and absurd.

I get it: You want to seem like you’re building a very valuable company. But in the pitch process, you still have to maintain a sense of honesty.

When you’re trying to drill down on the total addressable market, the total serviceable market and the total obtainable market, be very careful that you’re telling the right story.

The issue became particularly clear in a recent pitch deck teardown of Vori’s pitch deck, but it seems unfair to call them out for it separately; it’s a common issue in a lot of pitch decks I see. 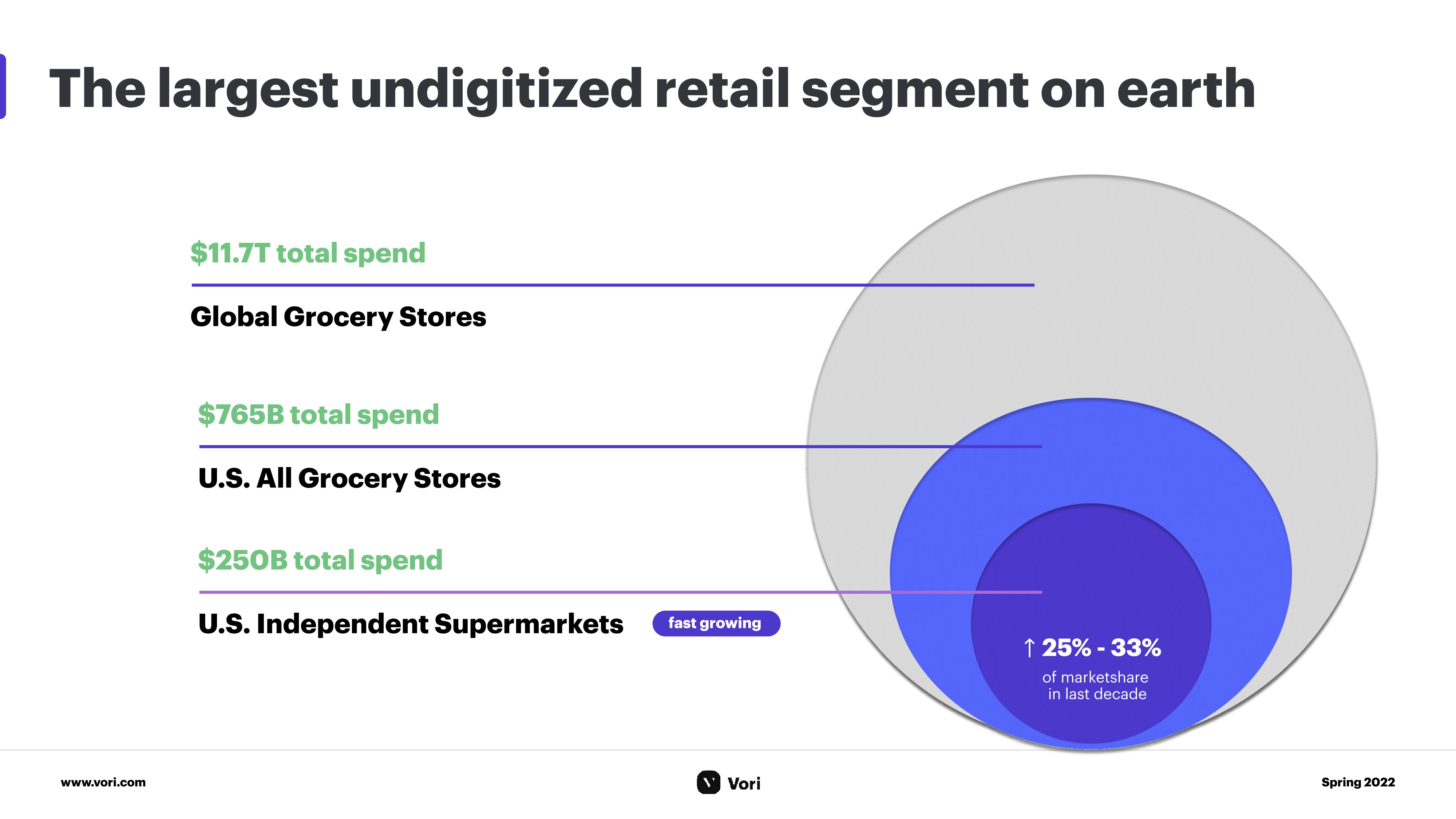 In this slide, Vori talks about “the largest undigitized retail segment,” which is likely correct, but the $765 billion of total spending in the U.S. isn’t the market size — this is the size all spending, by consumers, in grocery stores. (Statista has some interesting numbers there.)

Investors are smarter than that

The problem is, Vori isn’t launching a grocery store, but a tool for grocery stores. In other words, even if Vori’s business does as well as it can, and it gets 100% market share across every single independent supermarket in the world, that doesn’t mean that the company will have $250 billion of turnover: It means that the industry it serves turns over that amount of money.

Nowhere in its slide deck does the company address what it thinks is the upper edge of the amount of turnover in its industry. That could be done bottom-up (how much money are indie supermarkets spending on stock-keeping and analytics software, how much could that market grow and what percentage of those stores could you have as your customers?) or top-down (how many supermarkets are there, multiplied by the price of your services per supermarket — that’s your total market size).

I understand why Vori chose to use these numbers, but they are essentially meaningless at best, clueless at medium-good and deceptive at worst. As a startup, you want to make sure that you paint a rosy, aggressive picture of growth, for sure, but don’t fall for the temptation to use the largest numbers you can find. For example: If you are a car dealership, your total serviceable market isn’t the value of the cars you sell (that’s the SOM for the car manufacturer). Your SOM is the total value of the sales commissions, service plans, aftermarket goods and services and everything else you can actually make money on. Don’t confuse the two!