The firm has steadily grown its assets under management since first launching five years ago. Its first fund closed at $11.5 million, its second fund closed with $33.6 million and today it announced the close of its third fund, with $46.1 million in capital commitments.

The fund is Hustle Fund’s biggest standalone investment vehicle to date, and propels the firm’s total AUM to more than $125 million. However, Bahn explained that this may be the cap for the quirky seed-stage firm. The outfit wants to keep its fund size small, because, according to its partners, small funds can more easily outperform. In other words, Hustle Fund is less about burnout and chasing after ever-bigger numbers, and more about efficiency and execution.

Hustle Fund’s future funds may hover around $50 million, closed every three years. It’s a strategy that is somewhat counterintuitive to venture at large, which is built on the notion that more is, well, more.

At the same time, there’s a lot less in management fees when you have a smaller footprint. Bahn calls it a “paradox,” but he says his team has a solution to it. Specifically, over the years, the firm has quietly built various revenue streams inside the firm. Its biggest revenue generator is Angel Squad, an initiative that is trying to get more people into angel investing through programming, community and access to the firm’s top deals. More than 902 angels have gone through the program, raising a total of $17 million in aggregate to date, according to Hustle Fund’s website.

Other revenue streams include general startup and advice programming, merchandise and an annual summer camp for investors.

Not all of it has worked as hoped: Bahn admits that Hustle Fund used to run a revenue-based financing fund called Flywheel, but shut it down due to economics being too small. In total, these revenue streams pay many of the firm’s costs while enabling it to invest at the stage and smaller check size where it feels most comfortable.

“It feels like a bit of a cheat code. Almost like being like a featherweight boxer but pumped with anabolic steroids, in terms of being able to have the bite,” he said. “It just allows us to not do things like raise a lot of money just for the management fees.” The firm uses its existing management fees to fund salaries and general fund operations, but then uses the supplemental revenue to scale.

Today, Hustle Fund employs 24 people. The firm declined to offer specifics on how much its non-investment-related revenue totals but said that it crossed a “seven-figure” threshold. 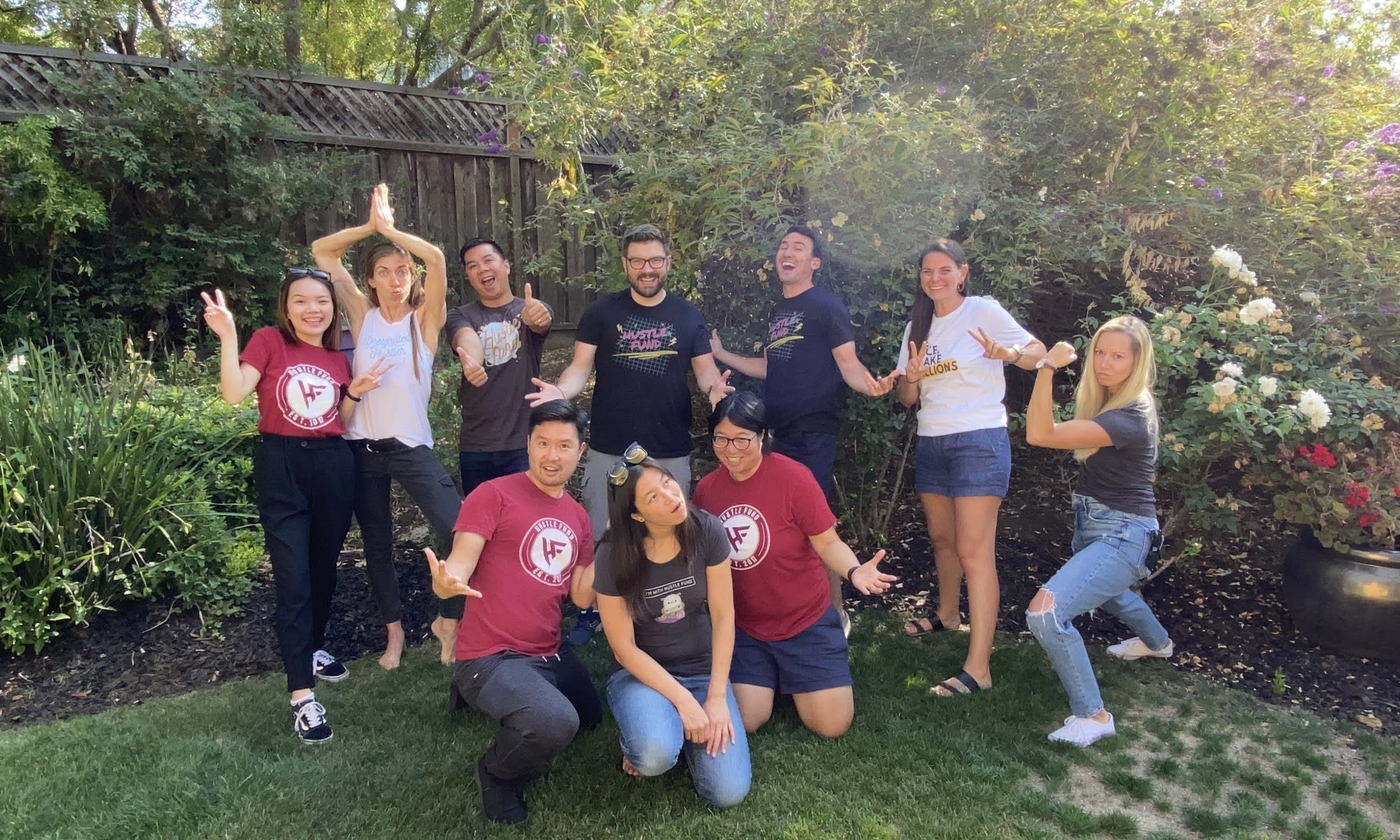 While the firm-meets-startup play gets to break new ground with its new fund, it’s sticking to the same strategy for investment. Hustle Fund writes $50,000 checks, up from $25,000 prior, into a lot of early-stage teams and then works with them on growth and customer acquisition projects. If “we really vibe together,” Bahn explains, the fund makes a bigger investment with its second check.

“We’re deploying capital in a fairly efficient way,” Yin said. “You want to test some initial hypothesis to see if there’s a need, and if there is a need, and the founder seems to be great, then we’re pouring in more capital.” In other words, she added, she’s not looking for startups that are going to pivot around with $5 million in the bank.

So far, the plan is working. Among the firm’s top bets include Webflow, which last raised at a $4 billion valuation, NerdWallet, which went public last year, Karat, Bicycle Health and Forage. The firm has almost invested in 400 startups, with at least 30% of its investments led by women.