Software product marketers typically are charged with creating demos for potential customers. These let people who are interested in the product see how a function inside an application works as a way to whet the appetite of the potential buyer.

Arcade, a startup launched by two former Atlassian employees, decided to attack this problem with a simple Chrome extension to build demos quickly that product people can make use of in various settings.

Today, the company announced the product, which has been in private beta for the last eight months, is available to the public. The startup also announced that it has received $7.5 million in total seed investment.

Arcade co-founder and CEO Caroline Clark says that the product is about empowering people to make interactive demos very quickly. “We allow product marketers, or anyone in go-to-market, to build interactive snippets of the product that they can then embed on websites, social media and blog posts,” she said.

She adds, “The whole goal of our product is that you allow the customers to try before they buy so that they can get an understanding of what the product can do before they invest with a credit card, before deploying their own data, before they go through the whole implementation process.”

If you’re thinking that’s what a free trial is for, she said this about getting potential customers interested, even before they get to that stage. “There are so many different parts of the journey before they get to the free trial…And so our main goal is that if you’re in a social media campaign, or even a blog post that’s outside of the website property, you can see right there in that context, how the product works,” Clark explained. 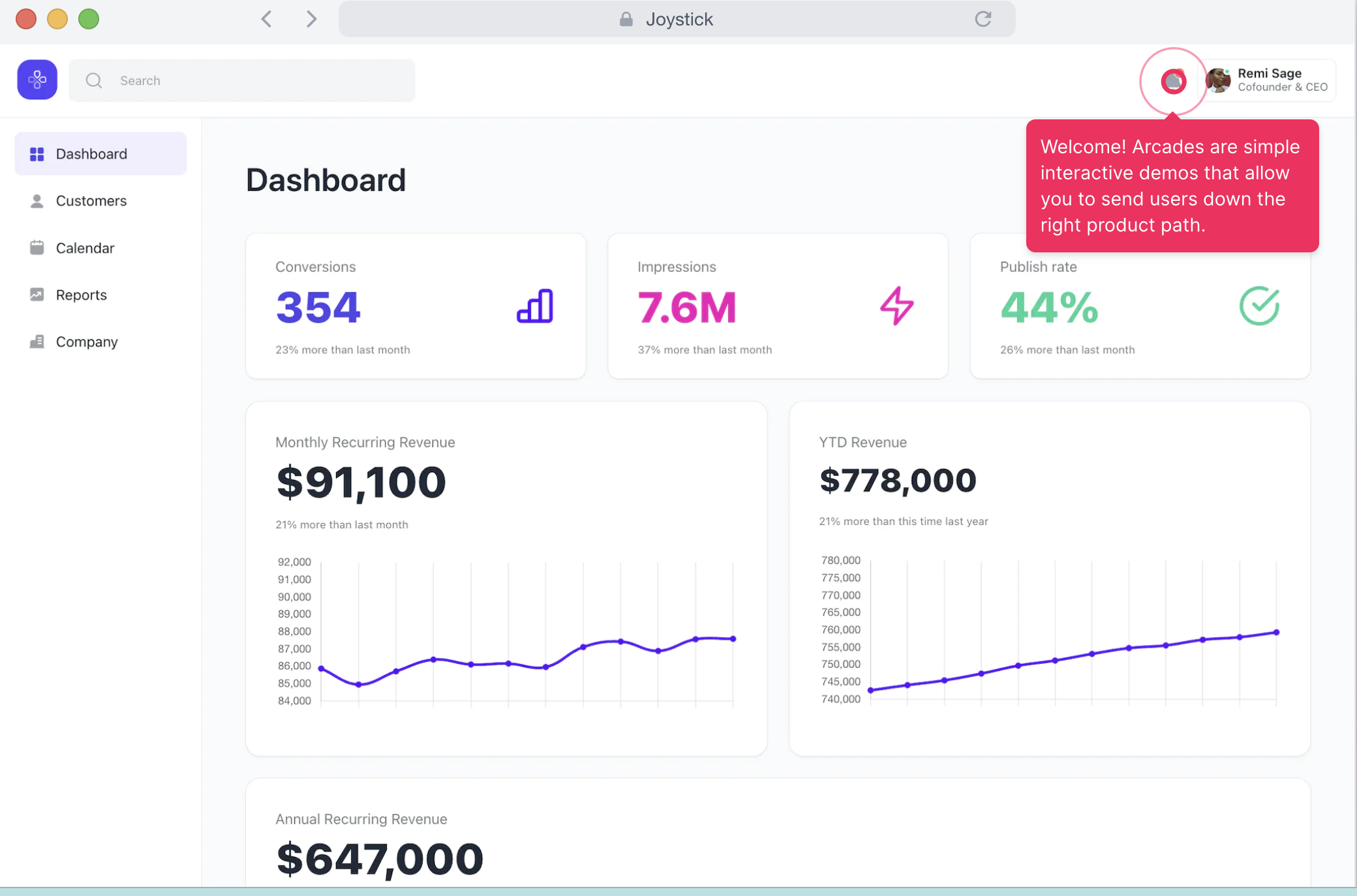 The company reports that since they went into private beta earlier this year, more than 1,000 companies have generated 4,000 demos using the product. Today they have eight employees, but Clark reports they are hiring, particularly in customer success and sales.

As a female founder, she sees how few investment dollars are flowing to women, and she says it’s probably not a coincidence that several of her earliest investors are women. She is looking to find diverse talent to fill roles whenever possible as she builds her own employee base. She says that one way to do that is controlling what she can control in the process.

“What I do is look at my outreach. I’m very focused on underrepresented groups, so you can control the outreach, but you can’t control the inbound so we try to compensate for that [with direct outreach],” she said.

The second piece, a $5 million investment, was led by Joanne Chen at Foundation Ventures, along with several other industry angels. Chen will be joining Arcade’s board under the terms of the deal.

Arcade launches ‘try before you buy’ demo capabilities with $2.5M in new capital