Global app spending reached $65 billion in the first half of 2022, up only slightly from the $64.4 billion during the same period in 2021, as hypergrowth fueled by the pandemic has slowed down. But overall, the app economy is continuing to grow, having produced a record number of downloads and consumer spending across both the iOS and Google Play stores combined in 2021, according to the latest year-end reports. Global spending across iOS and Google Play last year was $133 billion, and consumers downloaded 143.6 billion apps.

Now is the time to build new social apps 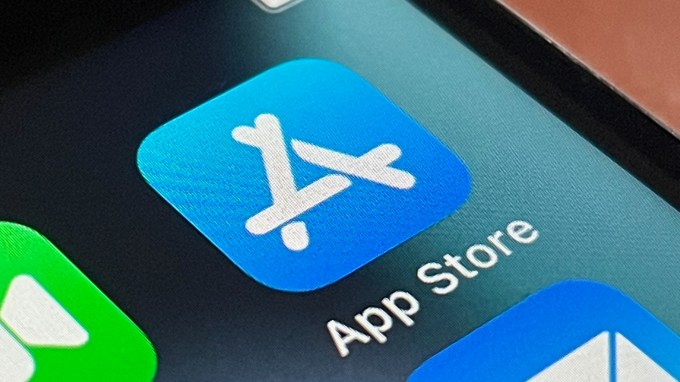 Today’s dominant social networks are losing their grip on the youngest generation of internet users. Last month, we looked at how one of the world’s largest social networks, Facebook, had begun to fade in relevance — and was losing its position in the App Store’s Top Charts, as a result — while young people turned to apps like BeReal and TikTok instead. But there still seems to be this sentiment among a number of app makers that trying to compete in social is a lost cause. That’s not necessarily true anymore. Just as Instagram grew under Facebook’s shadow, there’s room for other apps to grow outside TikTok — an app that is today seen as more of an entertainment platform than a place to connect with close friends (though TikTok is pushing to change that).

BeReal’s rise is proof that alternative networks that prioritize real-world friendships can still find traction. In fact, younger people are hungry for a place to be themselves and keep up with their friends outside of feeds filled with creator content and targeted ads.

But BeReal’s long-term success is not a given at this point, even though the app currently has established itself as a leader in the App Store’s Top Five, and is often the No. 1 app, at times, in global markets. That’s a good start, but BeReal has yet to figure out key parts of its business, like monetization, and is struggling to communicate both with its own users and the wider public.

For instance, when the app went down this week, the company vaguely tweeted a statement — “yup, we’re on it” — that largely left its user base in the dark about what was going on. By comparison, when Instagram experienced a briefer, partial outage the following day, it spelled out that it understood the situation by noting that some people were “having trouble accessing Instagram,” and that it was working to fix things as quickly as possible and to stay tuned. It also added the #instagramdown hashtag to increase the visibility of its post.

The company is behaving poorly for an app in its position. There are times to be cute and cheeky with social media posts — but those times are not amid outages and other serious platform issues. BeReal’s misstep with users will be forgiven for now. But as the company scales, the team’s inability to communicate with its own users and the media could become a larger problem.

To date, BeReal has only offered off-the-record briefings with select press. It doesn’t have an in-house comms team. It doesn’t pitch or post to a blog to keep its users updated. It doesn’t even publish useful release notes on the App Store. 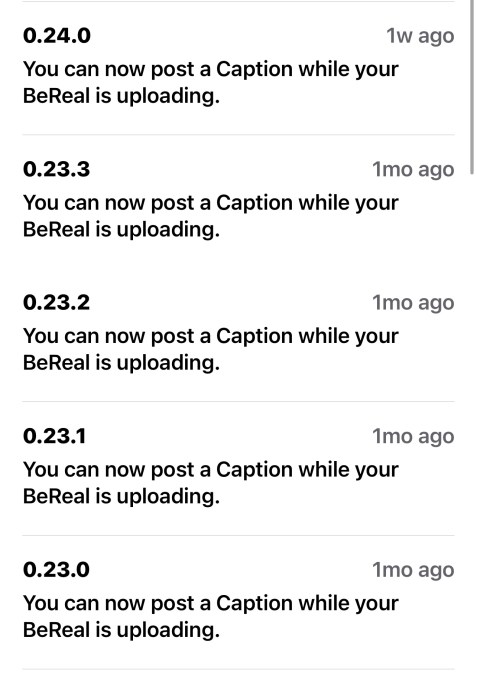 And BeReal couldn’t respond to a series of simple questions about its outage — like what caused it or how widespread it was. This begs the question as to how the company will handle a more serious crisis — like a hack, data breach or another incident involving bad actors on its platform. It can get away with this for now — but not forever. Gaining the top spot on the App Store as Gen Z’s favorite social app also comes with responsibilities, and so far, BeReal has been dropping the ball on that front.

Remember that this is no longer some scrappy app maker, paying college students to download its new toy. The company raised a $30 million Series A, led by Andreessen Horowitz and Accel, followed by a Series B from DST Global, valuing the startup, pre-money at $600+ million. It’s time for BeReal to grow up.

BeReal’s missteps, however, could open the door to more social app newcomers who offer a service that’s built on more than a gimmick.

For what it’s worth, TikTok has realized this market still has tons of unclaimed territory. Last weekend, it rolled out its shameless BeReal clone, TikTok Now, as a standalone app in global markets outside the U.S. The new app already found some traction, moving into the Top 100 social apps on iPhone in five markets, and the Top 500 in 38 within roughly a day’s time. A couple of days later, it ranked in the Top 10 social apps in 39 countries and the Top 100 in 24. And it presents almost nothing new to users beyond a TikTok-produced version of the BeReal format with added support for video. (And maybe less horrible-looking selfies?)

If a complete knock-off like TikTok Now can climb the charts, imagine what a truly unique app could do. (Or even a newcomer that simply revives older social networking concepts for this modern era. Time to bring back Path?) There are few times when it would make sense to build a social app. But as the old guard is inching toward retirement, that time is surely now. 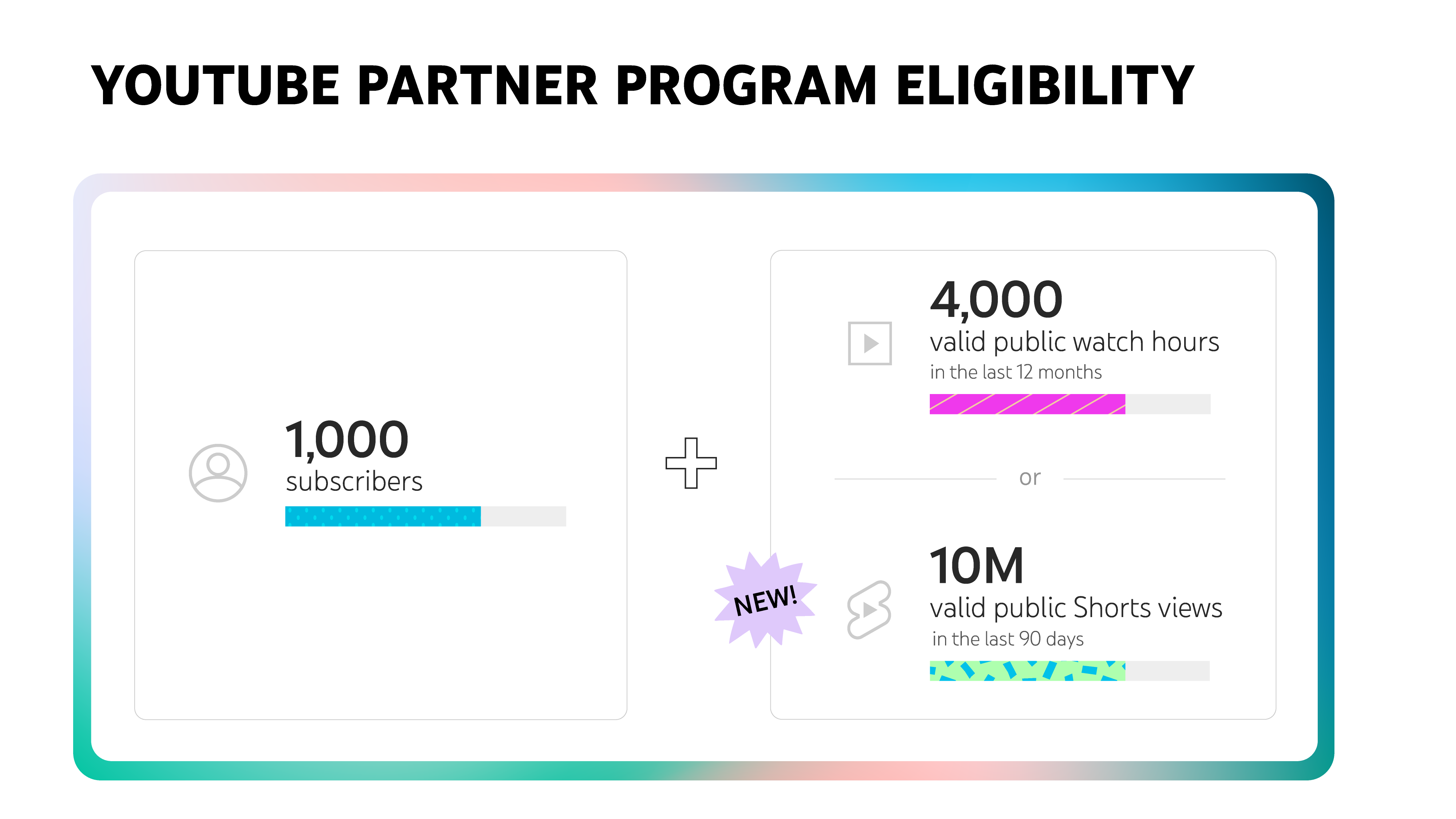 YouTube has stopped messing around. It’s taking on the TikTok threat in a way that not only benefits its competitive position in the short-form video market, but one that allows it to expand its ad load across a new surface. This week, the company announced Shorts creators will now qualify for its revamped YouTube Partner Program, which allows them to earn ad revenue from YouTube.

The existing Partner Program for long-form video requires YouTubers to have 1,000 subscribers and 4,000 watch hours. This won’t change. But starting in early 2023, creators will be able to apply to the program if they meet a new Shorts-specific threshold of 1,000 subscribers and 10 million Shorts views over 90 days. As members of the Partner Program, these creators will earn 45% of ad revenue from their videos. (Ads will run in-between Shorts and the money is pooled. Creators keep 45% of the revenue from the amount allocated to them, not to licensing. Some creators don’t think that’s a great deal, however.)

The changes are designed to onboard creators gaining traction or going viral on Shorts, whether it’s with original content or clipping from other people’s videos (which is totally okay with YouTube).

To further sweeten the pot, YouTube also introduced Creator Music — an online service where creators can choose music for their videos by examining the costs associated with licensing specific tunes or they can browse songs they can use without paying upfront. The latter opts them into a rev share with music rights holders.

Spotify gets into audiobooks Spotify believes audiobooks could be its next big revenue driver, so on Tuesday, the company launched its debut audiobook catalog in the U.S. with somewhere north of 300,000 titles to start. Initially, the selections in the app will be recommended by Spotify editors. But over time, the company says it plans to expand audiobooks to other markets, grow its selection and begin to use algorithmic recommendations to suggest books to users, as it does now with its other audio formats.

The company had earlier pointed to research indicating the audiobook industry is expected to grow from $3.3 billion as of 2020 to $15 billion by 2027. It forecast its audiobook sales could reach a gross margin of above 40%.

The books are found in a new Audiobooks hub in the app and are purchased à la carte at variable pricing — a move Spotify believes will allow lesser-known authors to find an audience. And notably, they’re not being sold via in-app purchases.

Instead, the app offers previews of the book’s content for free, but users will be directed to Spotify’s website to complete their purchases. Afterward, the purchased audiobook will be unlocked in the app and saved to the user’s library.

Spotify didn’t clarify its agreements with the app stores, but says its model is “compliant.” 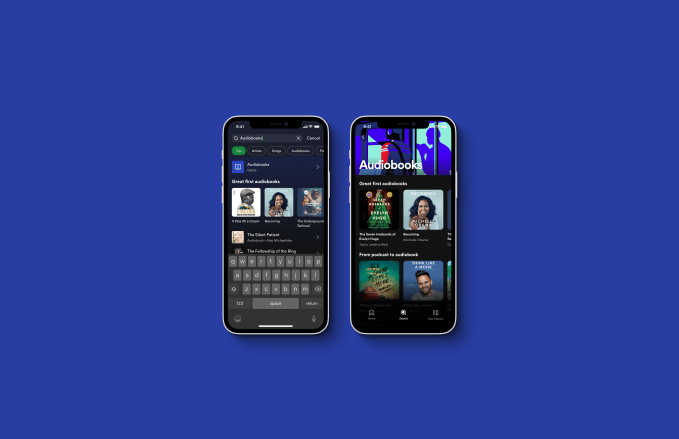 Meta is sued for tracking users with a workaround to ATT

A new class action lawsuit claims Meta circumvented Apple’s App Tracking Transparency (ATT) privacy protections to track its users, even after those users denied the company permission to do so via the ATT prompt. The plaintiffs allege Meta had followed its users’ online activity by injecting JavaScript into the websites they visited when using Facebook’s in-app web browser. This was effectively a way to work around the protections ATT supposedly puts into place, the suit alleges. Meta has denied the claims, calling the lawsuit “without merit.”

Users rightly believe that when they opt out of tracking on iOS, they simply won’t be tracked. But that’s not necessarily true. Companies had been looking for workarounds to ATT since it was announced, Meta included.

This isn’t the first time an app has been suspected of using the browser to track users without their consent. This summer, TikTok was also accused of injecting code to track users’ keystrokes when users visited third-party websites from within the TikTok app. The company denied those claims as well, saying the app’s code was used for debugging, troubleshooting and performance monitoring, and for protecting users against spam and other threats.

The case will likely be highly technical but will be an interesting one to follow as the extent of ATT’s ability to protect consumers is decided. 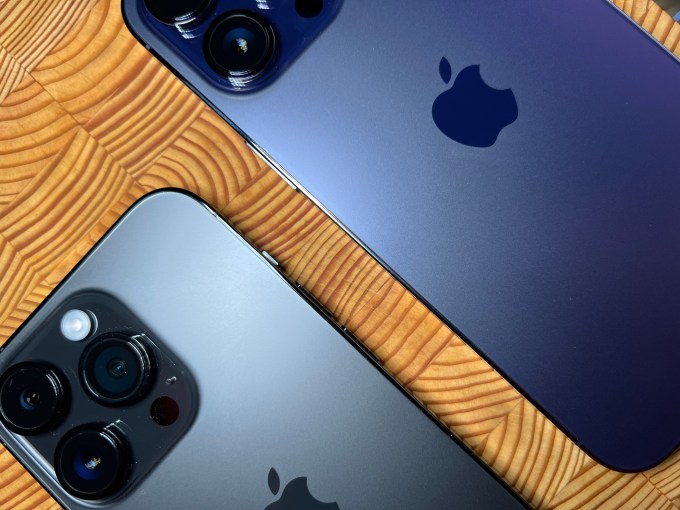 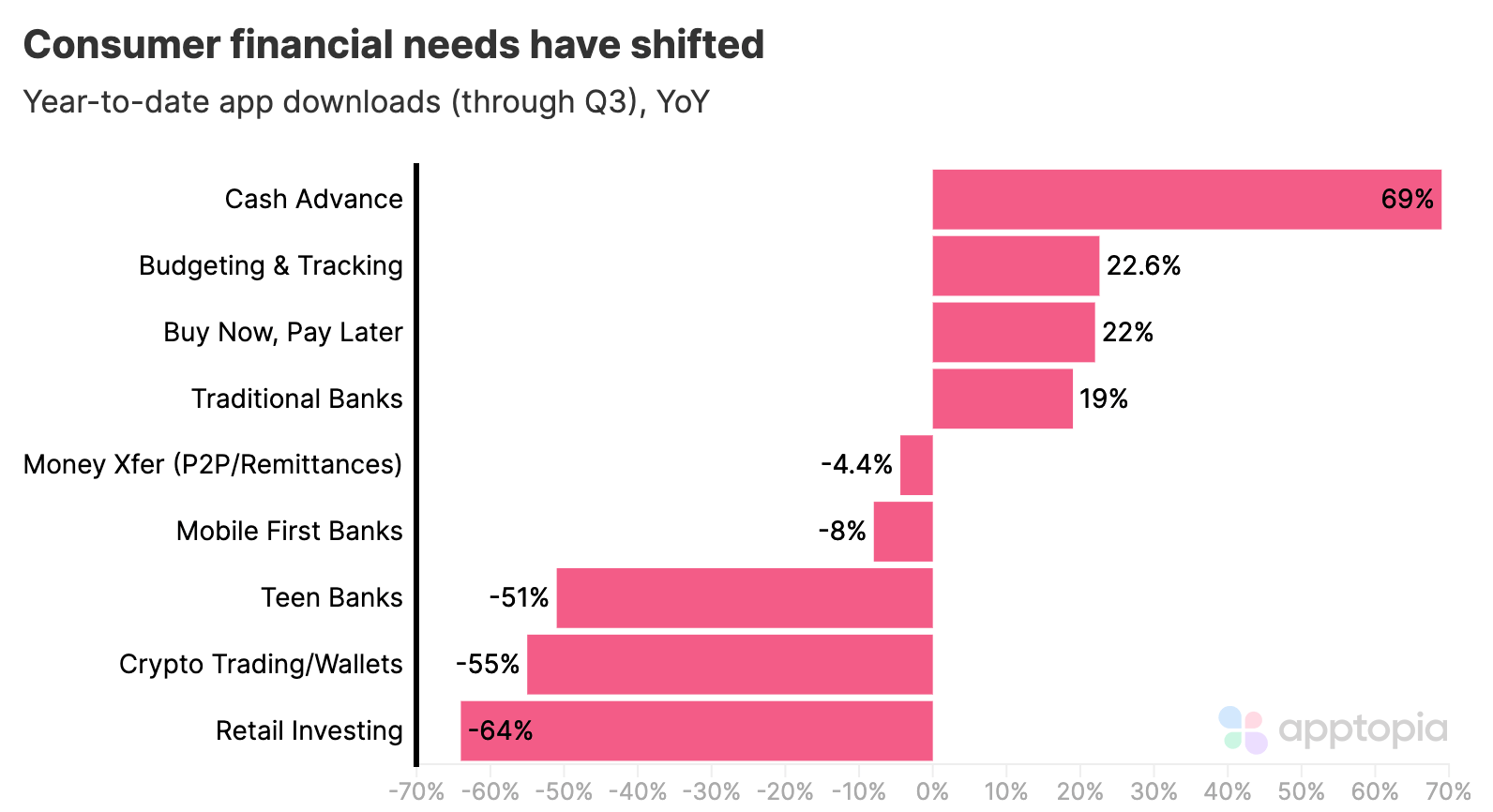 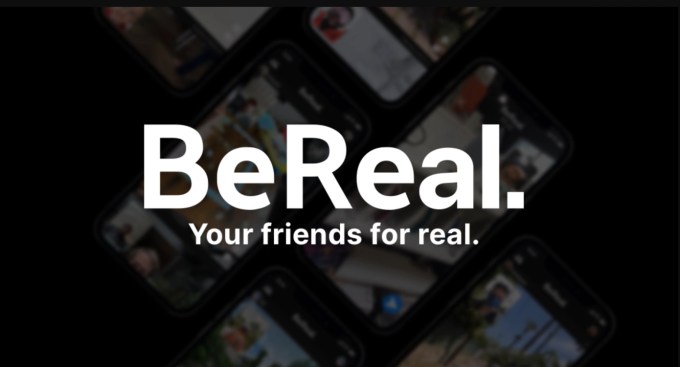 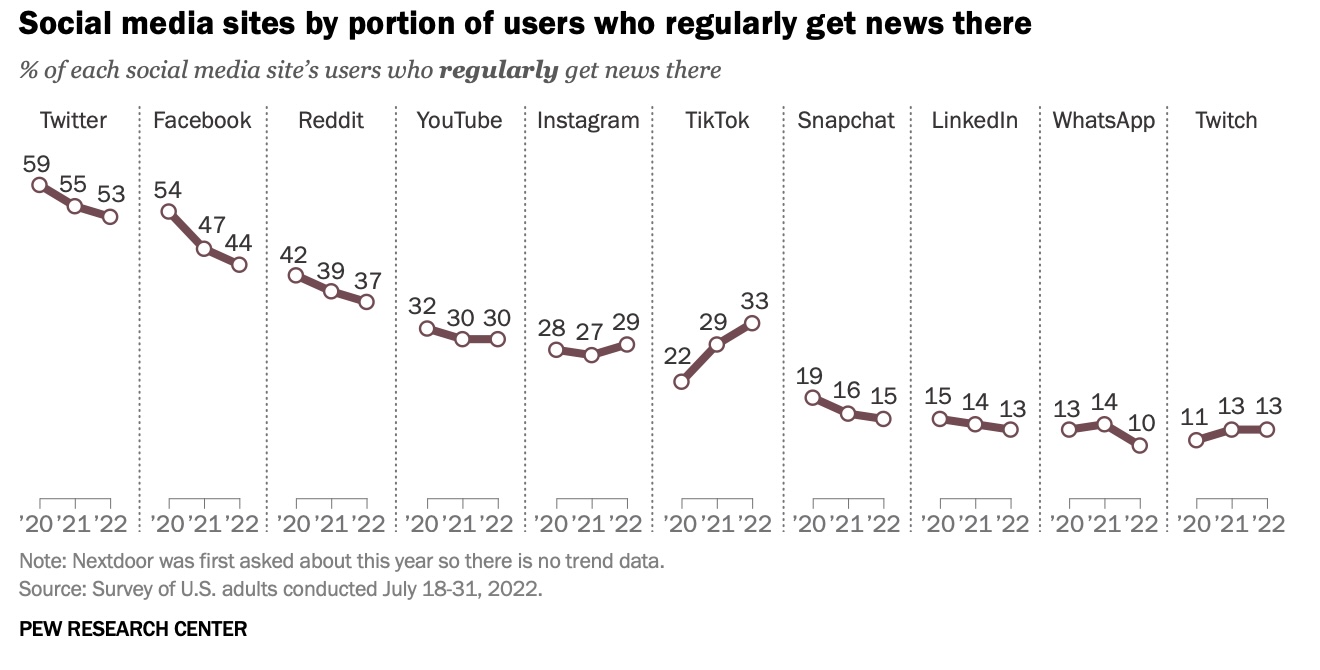 It introduces support for the iPhone 14 Pro’s 48 megapixel camera, and its unique 2× mode.

A request to our community: Signal is blocked in Iran. You can help people in Iran reconnect to Signal by hosting a proxy server. If you’re willing and able, please follow the instructions here: https://t.co/hznCI9EwCa 1/2 #IRanASignalProxy 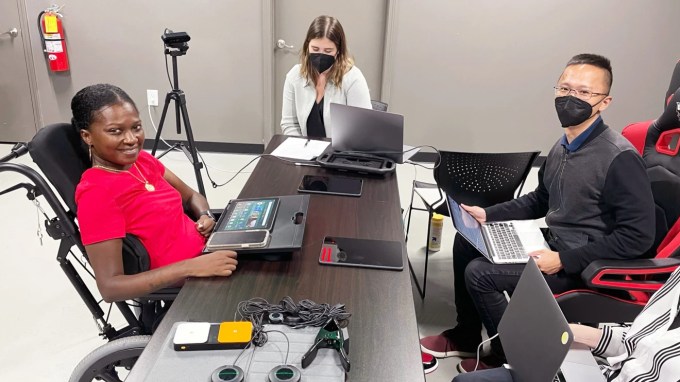 💰 Alternative social network Parler restructured to operate under a new parent company known as Parlement Technologies and announced $16 million in funding to aid with infrastructure. Details of its backers weren’t disclosed, but previously the app had been backed by Republican donor Rebekah Mercer.

💰 Malaysia-based Respond.io raised $7 million in Series A funding led by Headline for its dashboard that helps businesses juggle multiple messaging apps to reach their customers.

Version 5.8.1 is now available with fixes to the bugs my idiot Maker introduced in last week’s update! Here’s the full changelog: https://t.co/ZdWhT4dje4

We started designing Carousel at Dropbox 9 years ago.

This morning I imagined what it'd look like if we designed it for iOS16, with visual language themes like chromeless layouts and progressive blurs.

Here's a deeper look at some of our decisions back then… pic.twitter.com/FUsxtHrP7Q