In addition to the groundbreaking news that YouTube would begin to monetize Shorts videos and revamp its Partner Program, the company today also announced a new offering for creators who leverage music to back their videos: Creator Music, now in beta testing. This new destination will introduce a large catalog of songs that creators can browse through, search and purchase, with the terms of the music rights spelled out in simple terms so they understand the costs. They’ll also be able to opt for tracks with new revenue-sharing option where both creators and music rights holders earn money from their content.

The changes were introduced at today’s Made on YouTube live event, where the company presented its plans to retain the video creator community in the face of the growing threat of TikTok. Here, it announced a number of changes with a primary focus on helping creators make more money.

With Creator Music, however, YouTube is also simplifying a sometimes complicated process of finding backing tunes for creators’ video content.

“Creators have told us, time and time again, that finding the right song isn’t the hard part. It’s actually figuring out how to license it,” noted Amjad Hanif, VP of Creator Products at YouTube.

As explained at the event, when a creator typically uses a song they don’t own, they have to give up all the ad revenues to the music license holder. That means commercial music will often not be used in YouTube videos — something the company’s new offering aims to change.

Instead of passing the revenue to the rights holder, the tracks on Creator Music can either be purchased directly or will involve a rev-share deal. With the former, the creator is buying a license where the terms and rates are spelled out. In the case of the latter, creators will split a portion of their revenue with the artists and songwriters but will not face any upfront costs to acquire access to the songs.

“Music can power that emotional connection between artists, creators and all of their fans — and we want to strengthen this by offering creators more choices to work with, while at the same time helping artists meet the fans where they already are: right here on YouTube,” added Hanif.

To use this new resource, creators can search for the songs they have in mind or they can search based on the budget they set for the project. The service gives them a way to gain access to a larger catalog of popular music, instead of being limited only to stock music or no music at all, as is often the case, particularly with smaller creators who can’t afford the costs of using music in their videos. 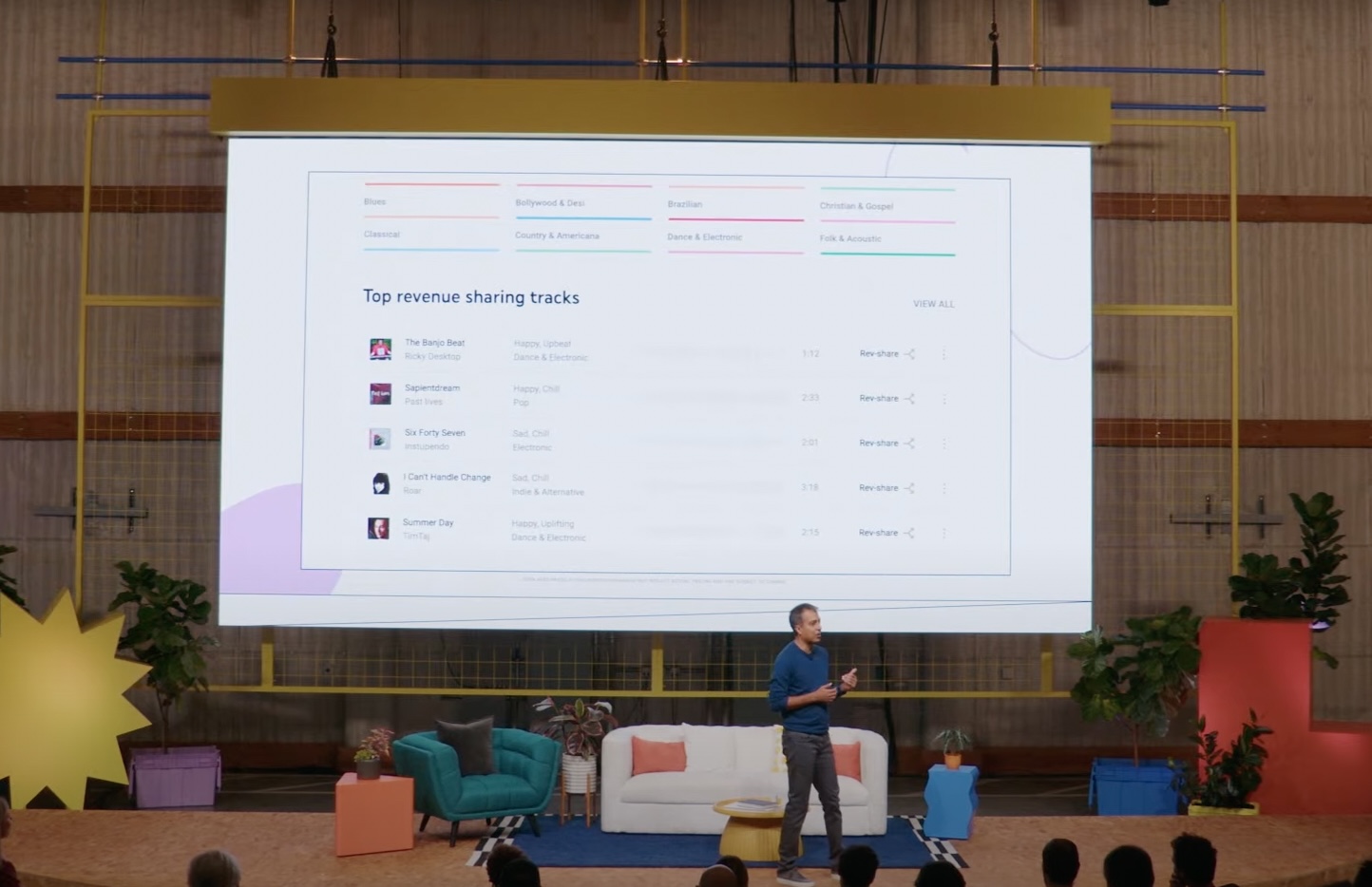 Of course, Creator Music also gives YouTube another arrow in its quiver when it comes to taking on TikTok, which has grown its service on the back of short videos set to popular music and is now rumored to be working on its own streaming music service, as well.

YouTube says Creator Music is entering beta testing and will launch in the U.S. later this fall. The service is currently working with indie partners including Empire, Believe, Downtown and Merlin. The company didn’t say if or when it would include major labels, however.

Following the U.S. launch, Creator Music will expand to more markets in 2023.