Electrical engineers have been designing custom circuit boards on computers for years, but this approach simply moved the paper and pencil method to digital. It didn’t advance the craft or make it easier for engineers to reuse design elements across designs. They always have had to start from scratch, even if they can apply learnings they gathered along the way.

Jitx, a startup from three Berkeley alumni, recognized that the digital approach to board design hadn’t changed much and they saw an opening. They have created a new way of designing boards using code to describe what the board looks like. Today the company announced the general availability of that product and a previously unannounced $12 million Series A.

“Today engineers use very graphical tools to manually design schematics and circuit boards, and that’s just not productive enough anymore. There’s too much design work. The systems are too complex to design them without errors. So Jitx is changing that by letting engineers write code to create their designs, and that brings the benefits of software to hardware design,” co-founder and CEO Duncan Haldane told TechCrunch.

He says that this has several advantages, including reusability, increased productivity, a simpler and automated review process and the ability to share and collaborate on designs in meaningful ways.

The company has come up with a coding language that Haldane says is aimed squarely at electrical engineers and how they work.

“We made a programming language and a compiler for electrical engineers. So basically an electrical engineer thinks about problems a certain way — I need to design this IoT device. I need to have this radio. I want it to last five years with this type of battery. And I need this microcontroller — and we just gave them a language to express that so you can start at a really high level, and then the compiler starts filling in details for you,” he said.

He says the language is something engineers should understand, given they already write Python scripts to test board designs now. 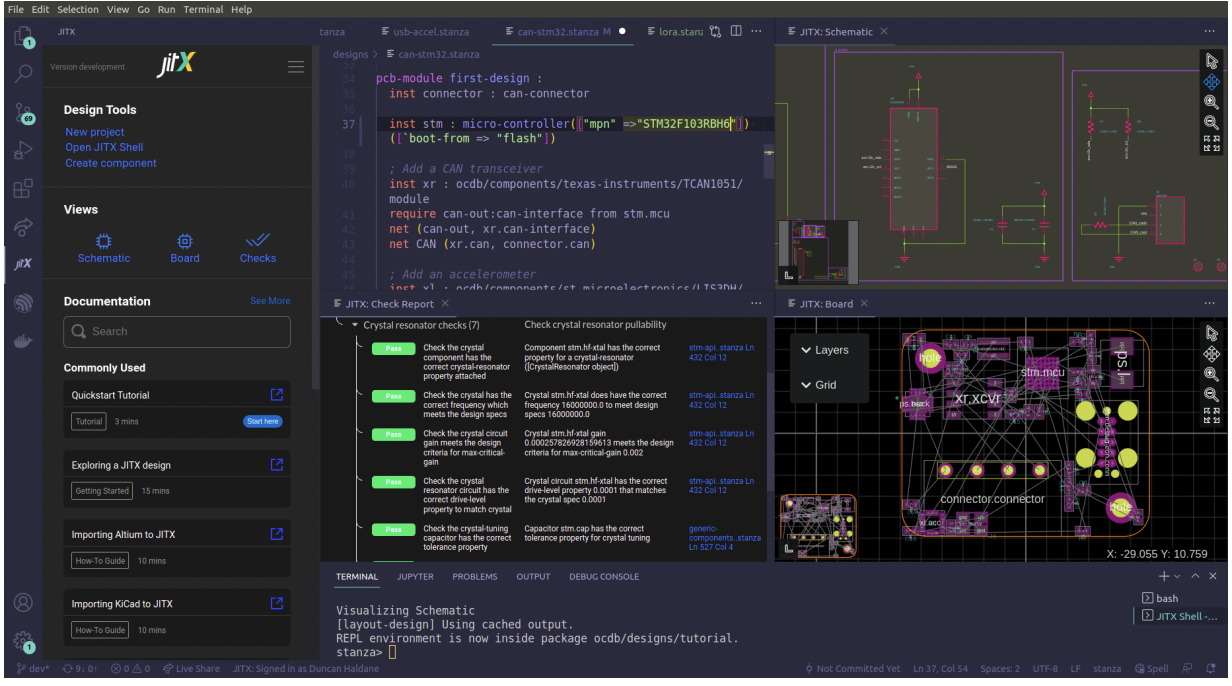 Jitx coding screen where engineers describe what a circuit board will look like with code. Image Credits: Jitx

The roots of the idea go back to work that Haldane was doing as a grad student in 2013. As the idea of code-based circuit design grew, he connected with his co-founders and started the company in 2017. 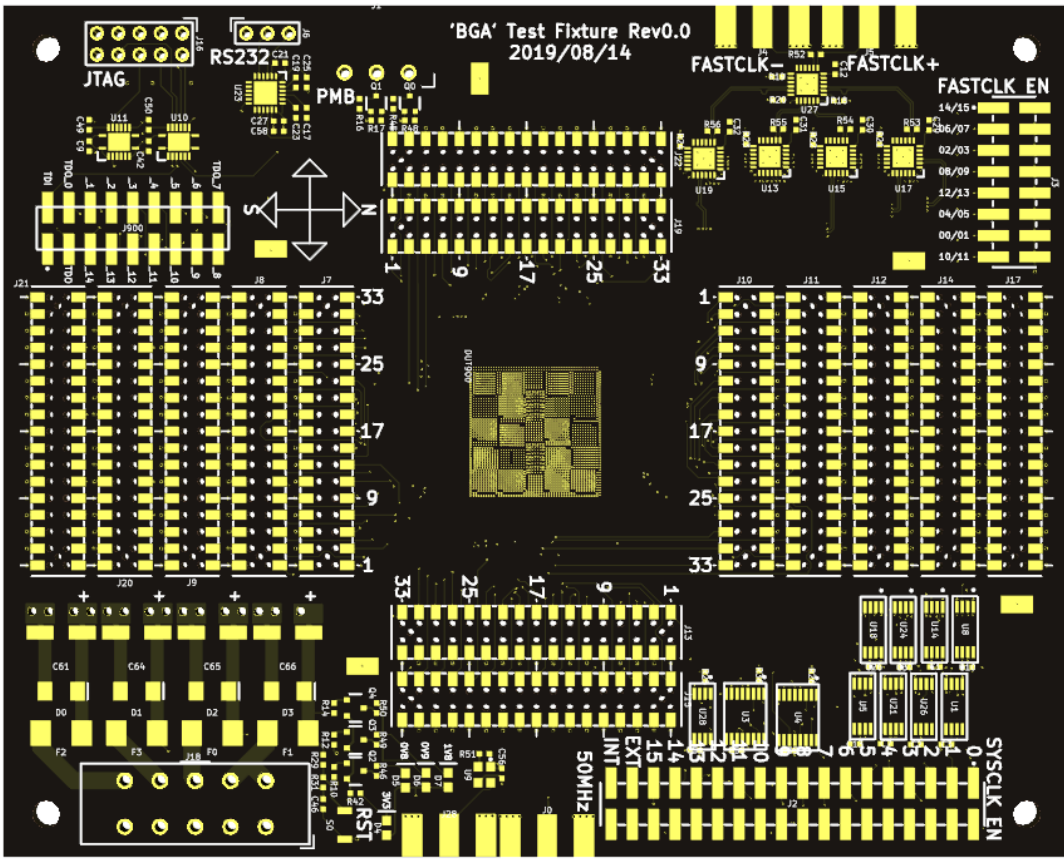 The startup began as a design consultancy helping companies design circuit boards, but they discovered this way of bringing more automation to the design process and began building the solution they have today, originally for themselves, before making it into a product.

The company currently has 18 employees. He says growing a diverse workforce is challenging, especially in a field that requires highly specialized skills, but the company is working at it and looking at ways to find candidates from historically underrepresented groups. “The way we address inclusion is just you have to work really hard on sourcing people. You’re not going to hire someone because they’re diverse, but rather because they’re less represented, so you have to work harder to find them,” he said.

The $12 million investment closed last year. It was led by Sequoia Capital with participation from Y Combinator, Funders Club and Liquid 2. The company was a member of the Y Combinator Summer 2018 cohort and was one of the 10 startups that caught the eye of the TechCrunch reporters covering their Demo Day.