While countless companies are developing alternative and more sustainable ways for humans to get their protein fixes such as through lab-grown meat, others are tackling the underlying problem from a different angle by exploring new ways of fostering the traditional meat and fish populace through insect protein. InnovaFeed is one of several biotechnology companies to emerge with a focus specifically on harnessing insects and transforming them into nutrients for animals — this includes aquaculture (fish farming), poultry and swine, and pet food. On top of that, InnovaFood creates organic fertilizers out of insect poop to boost plant and crop growth.

Founded out of Paris, France, in 2016, InnovaFeed previously raised around $200 million, and with another $250 million in the bank, the company is well-financed to build out its existing duo of vertical insect farms located in the north of France, including increasing the production capacity at its Nesle site, which the company claims is the largest such farm in the world.

The company is planning 10 more similar sites by the end of this decade, and with its latest cash injection, it confirmed that it’s expanding into the U.S. with a new production plant in Decatur, Illinois, in partnership with food processing giant ADM, whose headquarters are located nearby. 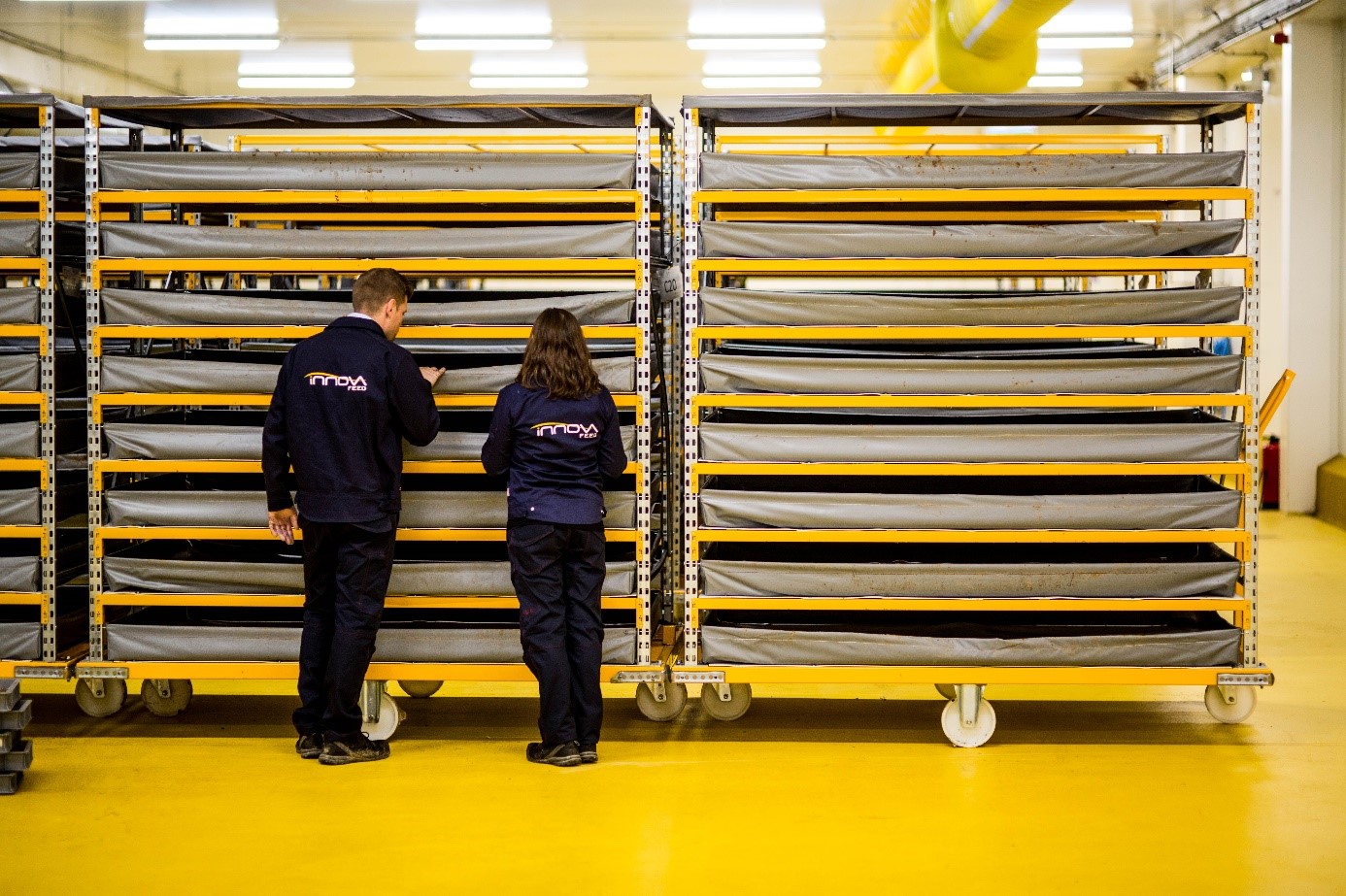 To support this push into the U.S. market, InnovaFeed has appointed a new general manager for the North American market. Maye Walraven, a French-American national, was previously InnovaFeed’s vice president of business development.

“Our expansion in the United States is a critical step for our scale-up,” Walraven said in a statement. “It will enable us to access a deep source of feedstock and significantly increase our production capacity.”

InnovaFeed isn’t alone in its endeavor to use insects for animal protein. Other notable players in the space include Ÿnsect, a Paris-based startup that has received substantial VC-backing for bug farms, while U.K.-based Better Origin is all about transforming food waste into insect feed.

Collectively, these companies are looking to serve what is predicted to be a near-$1 billion industry within five years, a figure that could accelerate as food prices continue to rise and the impact of climate change becomes more widespread.

“At a time when conservation of our natural resources and the preservation of our environment are becoming an absolute necessity, we are convinced that the insect industry is a key solution for our planet’s food production needs,” InnovaFeed co-founder and CEO Clément Ray said.

In addition to ADM, a $50 billion multinational food giant, InnovaFeed also counts Cargill as a customer, which goes some way toward highlighting how far-reaching InnovaFeed’s technology is becoming in the food industry. Moreover, both ADM and Cargill have joined QIA in investing in InnovaFeed as part of its series D round, alongside Temasek, Creadev, Future French Champions, ABC Impact, IDIA Capital Investissement and Grow Forward.