Everyone wants to get in on the AI image generation action, but if you’ve been intimidated by the existing options out there based on Stable Diffusion, including the Midjourney Discord bot, you’re in luck: Diffusion Bee is a simple Mac app that gives you everything you need to generate your own images from text prompt using the open source AI image generation framework.

The app, developed by Divam Gupta, requires no technical expertise whatsoever and installs on M1 Macs via drag-and-drop. You will need an M1 or M2 Mac running at least macOS 15.2, however — the app takes advantage of Apple Silicon’s built-in AI smarts and runs the Stable Diffusion model locally, which has the added advantage of ensuring that nothing is sent to any servers. 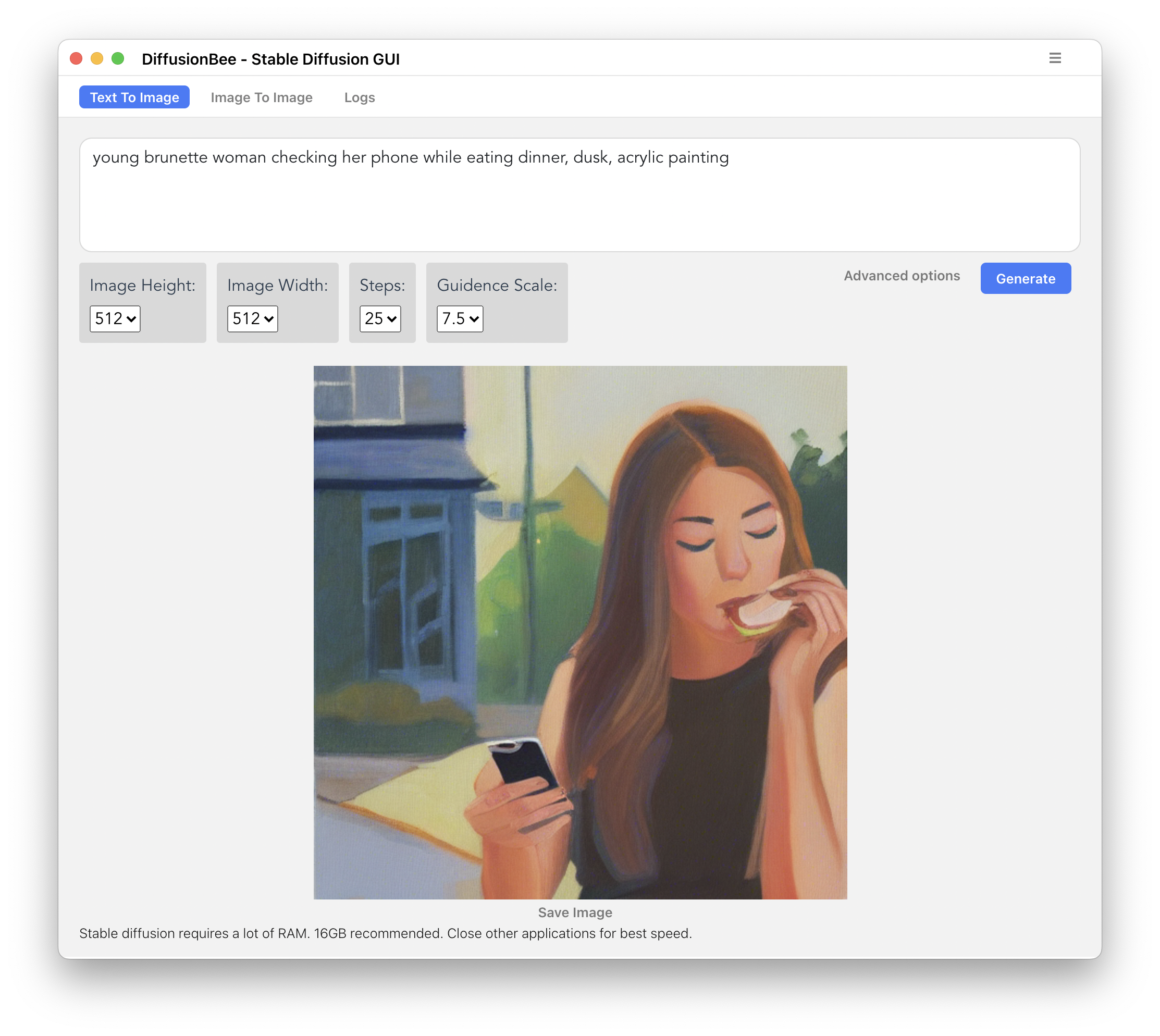 You can tweak settings including image height and width, as well as the number of steps the model runs through to generate your result, and the “Guidance Scale” — how much importance the model places on your text prompts when generating its results. Note that in my testing at least, adjusting these parameters higher than the defaults resulted in big increases in how long it took to produce the images.

This is an extremely easy (and free) way to start playing around with Stable Diffusion yourself, provided you’ve got a Mac to use it.