Interest in alternative investments such as private equity, real estate and crypto continues to surge, and Miami-based fintech startup Allocations is riding the wave. Less than three years after its founding, the company, which provides APIs to help private fund managers streamline processes, has crossed $1 billion in assets under administration on its platform, its CEO and founder Kingsley Advani told TechCrunch in an interview.

It has also raised $5 million in funding from investors including Flex Capital, Genesis Accel, Digital Horizon, Whatif Ventures, Garage Syndicate, W5 Group, Edoardo Ermotti, Peter Ko and others, all of whom are Allocations customers, at a valuation of $150 million. The latest round brings its total funding raised to $12 million, according to the company.

As for performance metrics, Advani noted that the company had reached a $6.25 million revenue run rate in July this year, which is up from $4.6 million last June according to a prior TechCrunch article. 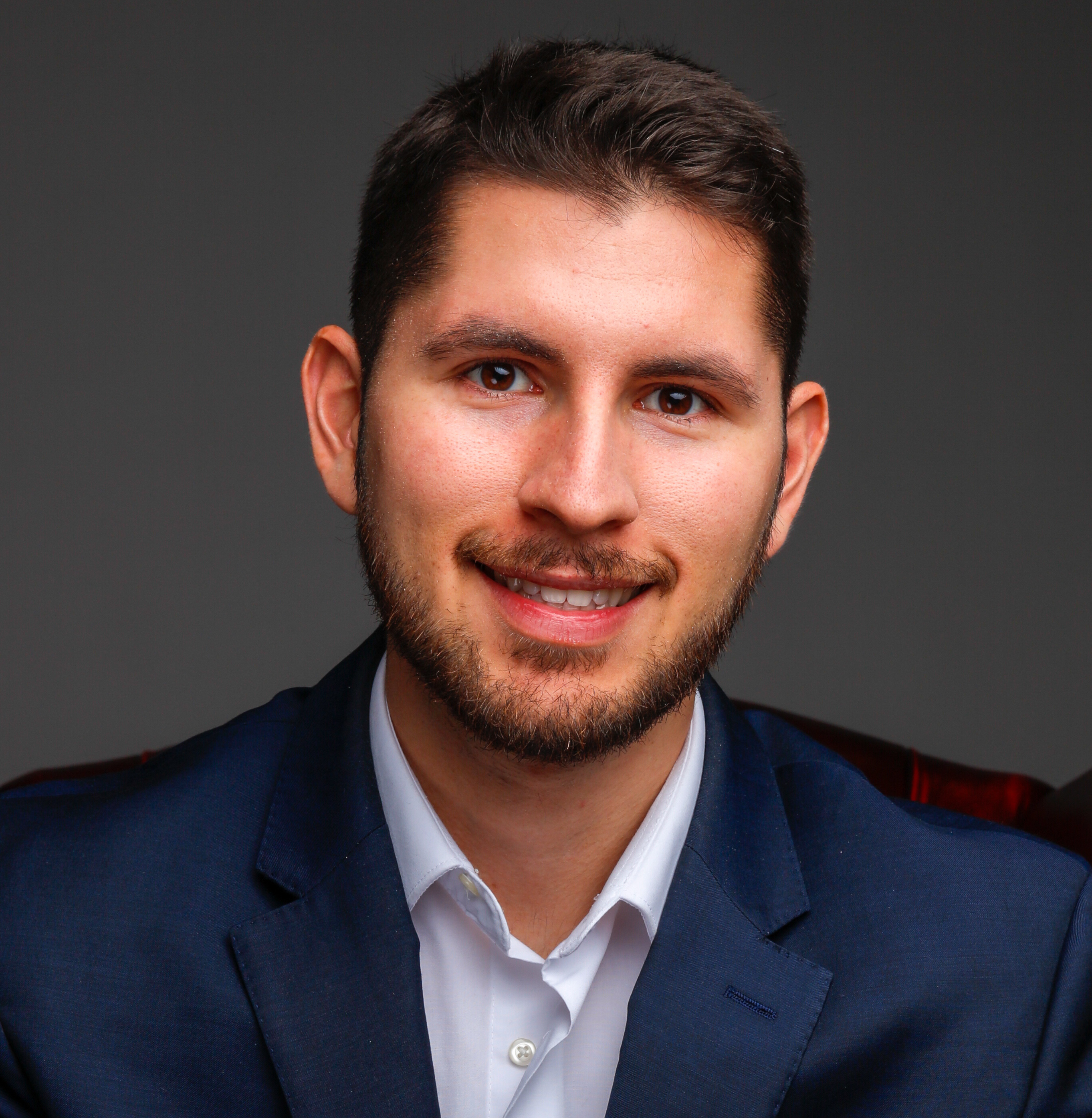 Advani started Allocations in 2019 as a response to challenges he faced in trying to set up his own investment funds and realizing that none of the tools available to him at the time could help him spin up funds quickly enough to stay competitive in the increasingly fast-paced private markets. Allocations’ core products help fund managers create special purpose vehicles (SPVs), which allow them to raise capital from a single investment from pooled sources. At a time when it is especially in vogue for venture investors to leave their firms to start their own solo funds, Allocations’ value prop looks increasingly appealing.

Its customers are asset managers looking to offer these alternative investment opportunities to their private wealth clients, who tend to be high-net-worth individuals that meet regulatory accreditation requirements applied to many alternative assets, Advani explained. The company is betting that retail investors will continue to show strong demand for alternative asset classes that have typically been dominated by institutions.

Allocations serves a broad range of managers, ranging from family offices to angel investment groups to venture capital funds, representing 10,000+ private wealth clients today. Its website lists funds such as Backstage Capital and Vitalize Venture Group as customers. The startup is also “in talks with some of the larger platforms” to provide high-volume, API-driven fund administration support, he added.

In addition to increasing deal speed, Advani said another benefit of using Allocations is that managers can offer their clients lower investment minimums.

“Traditionally, retail investors, if they go to their bank, their minimum to invest [in alternative assets] is really high, like $5,000 to a million dollars, but on Allocations, you can have any minimum,” Advani said. He shared the example of an SPV into an African startup on the platform that represented $10,000 in total investment, which he believes to be the world’s smallest SPV. 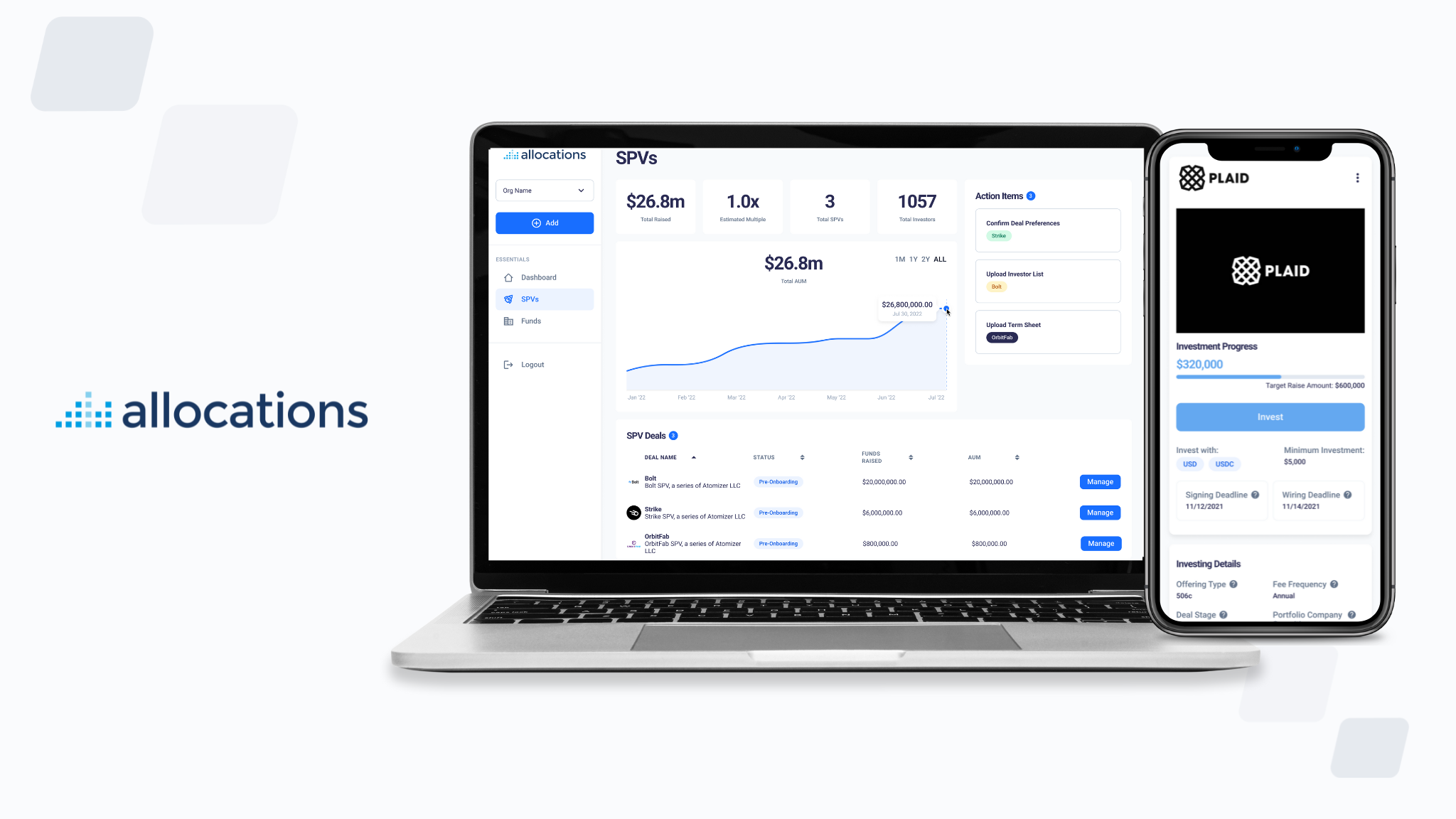 Lowering check sizes is crucial to the mission of broadening access to the asset class. Private equity firm KKR made headlines earlier this week when it decided to tokenize part of one of its funds, which it says was to streamline administrative processes, allowing it to take smaller checks from investors. Without finding ways to make fund administration more efficient, it’s not always worth a manager’s while to take in a small check because the smaller fee amounts associated with it may not adequately justify the costs the manager has to incur to go through the necessary administrative processes.

With the latest funding, Advani plans to double down on the firm’s API offerings, which he said are a huge step up in terms of the level of automation they offer compared to popular legacy software systems like Assure.

“The most interest we’ve been getting recently is from these midsize asset managers that are running up to thousands of SPVs a year and need more automation,” Advani said. He added that he also hopes to allow for more customization of funds as the products evolve.

Taking a page from KKR’s book, Advani said Allocations is in the early stages of exploring a blockchain offering as he thinks the technology can help meaningfully streamline fund administration.

“We have about $13 trillion in alternative assets under management in the world, and this is expected to go to $23 trillion by 2026,” Advani said. “So if you imagine all of the liquidity requirements, all of the administration, a lot of it is siloed. If you can put it on-chain, you open up a huge amount of capital markets, in terms of matching, in terms of liquidity, in terms of setup, that is not available in siloed places.”

Investment clubs are cool again, and maybe community is, too