For those of us who love customization, the Lock Screen widgets feature on iOS 16 is super exciting. But it’s on developers to engineer their very own app widgets, and with iOS 16 only out for a few days so far, there aren’t a ton of options outside of native Apple apps. Fortunately, companies like Google are working on widgets — perfect for someone like me who lives on Google Calendar, not Apple’s own app. Plus, we already rounded up dozens of apps that further customize the Lock Screen.

But apps like ShortFlow and LockFlow let you take customization a step further by using Apple’s Shortcuts to make new Lock Screen widgets. The apps appear pretty identical (fishy?), and they debuted in the App Store on the same day. Personally, I used ShortFlow to make widgets that open Spotify and my beloved Libby, the digital library app that I use to listen to audiobooks (#notsponsored, I just love libraries). 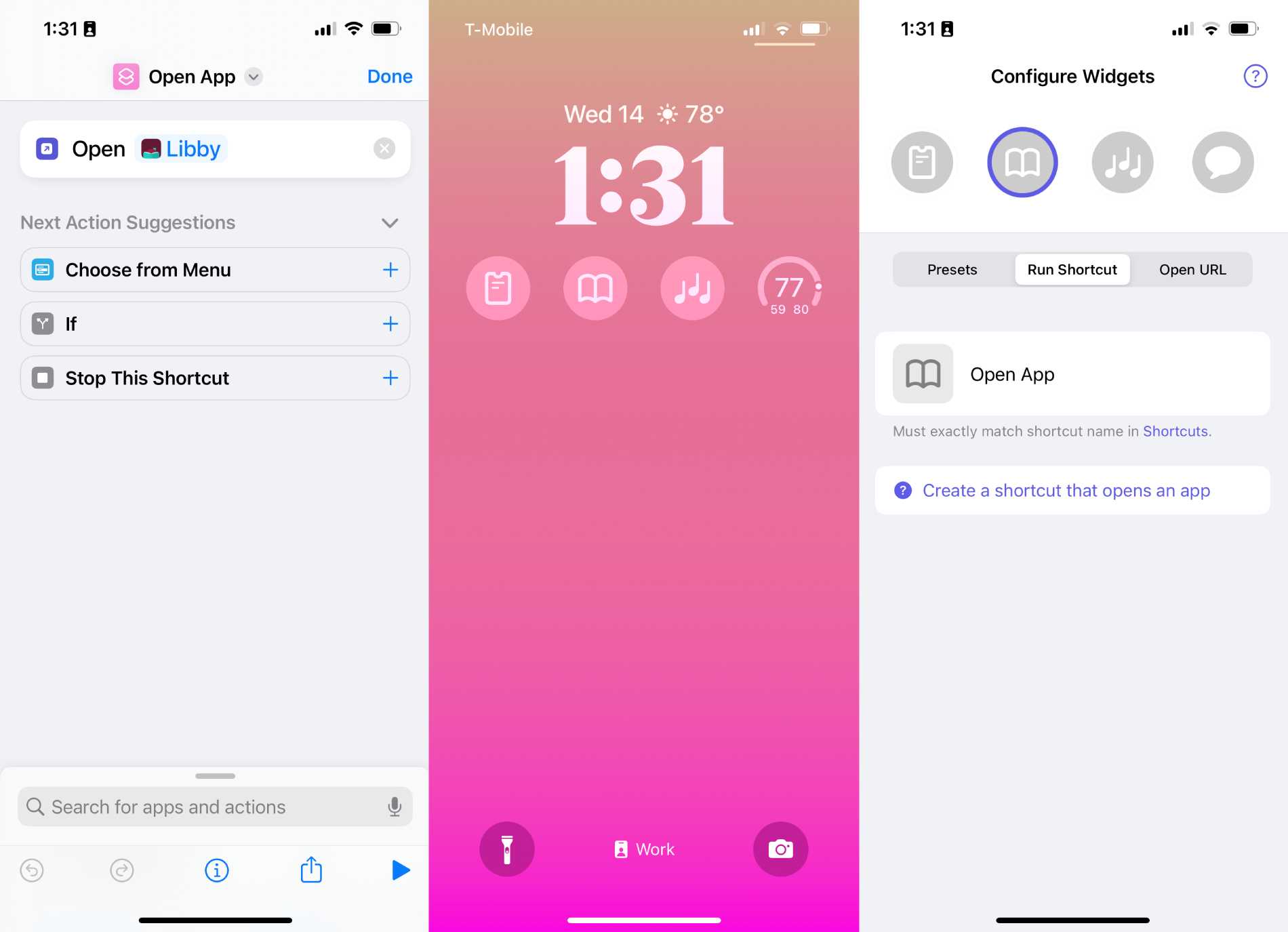 These apps take a teeny bit of finagling — especially if you are an accidental luddite like me, who did not previously use Shortcuts — but it’s simple enough. So simple that it’s a wonder why Apple didn’t just engineer this on its own.

First, you have to set up your shortcuts in Apple’s Shortcuts app. Shortcuts can be as simple as just opening an app, or they can get a bit more involved.

Here’s where LockFlow and ShortFlow diverge. On LockFlow, you can import your shortcuts directly, and on ShortFlow, you need to (gasp!) manually type the name of the shortcuts you want to use. But I didn’t mind the extra steps on ShortFlow, since I just had to type out “Open App” and “Open App 1,” which are the very creative names of my shortcuts. It was not that hard.

To customize your Home Screen, navigate to Settings, scroll down to Wallpaper, then hit Customize. From there, when you click on your widgets, you can scroll to the bottom of the menu and find ShortFlow or LockFlow — whichever you chose — and add your custom widget.

Another difference is that LockFlow lets you make wider-sized widgets, but I don’t really see the point of this feature, since you can’t add more data to your bigger widget anyway. For example, I’d love if I could see the book I’m reading on Libby in a wider widget, but that’s for the app itself to develop, not LockFlow. Meanwhile, ShortFlow only lets you make four widgets at a time, but that isn’t too big a deal, since you can only place four widgets on your Lock Screen anyway. But if you want to frequently switch things up, maybe LockFlow is a better bet — I mean, what happens when I listen to a book on Libro.fm instead of Libby? I’ll need to make a new widget!