DJI is best known for its quadcopter drones, but over the past few years, the company has been picking a few interesting fights with established players in adjacent markets. Today, DJI is releasing the third iteration of its Osmo series of action cameras, the Osmo 3. The new camera ramps up the battery capacity significantly, and makes the camera more creator-friendly than ever.

A lot of content is consumed vertically these day — think TikTok and the Stories features on various platforms, and one of the (in retrospect obvious) updates to the camera is that Osmo 3 is designed to be used both in landscape and portrait orientation. The designers built the camera around a 1770mAh battery, which lets the camera record for two and a half hours. They’ve also added rapid-charge functionality that’ll charge from dead to 80% in just 18 minutes. In less than an hour, it’ll be fully charged.

“Ever since we released the original Osmo Action in 2019, we have been continuously inspired by the stunning footage captured with it,” said Paul Pan, senior product line manager at DJI. “As our users keep pushing further, moving faster and diving deeper, our mission is to provide a device built to keep up with them. Every new feature made Osmo Action 3 the most reliable, tough and easy-to-use action camera. We can’t wait to see what our users create when they push their limits with Osmo Action 3.”

The camera shoots in 4K at 120 fps, and has a super-wide field of view, with advanced image stabilization. The camera also manages its temperature better than before; the company claims the camera doesn’t need a little break to cool down. If you have battery, you can record. 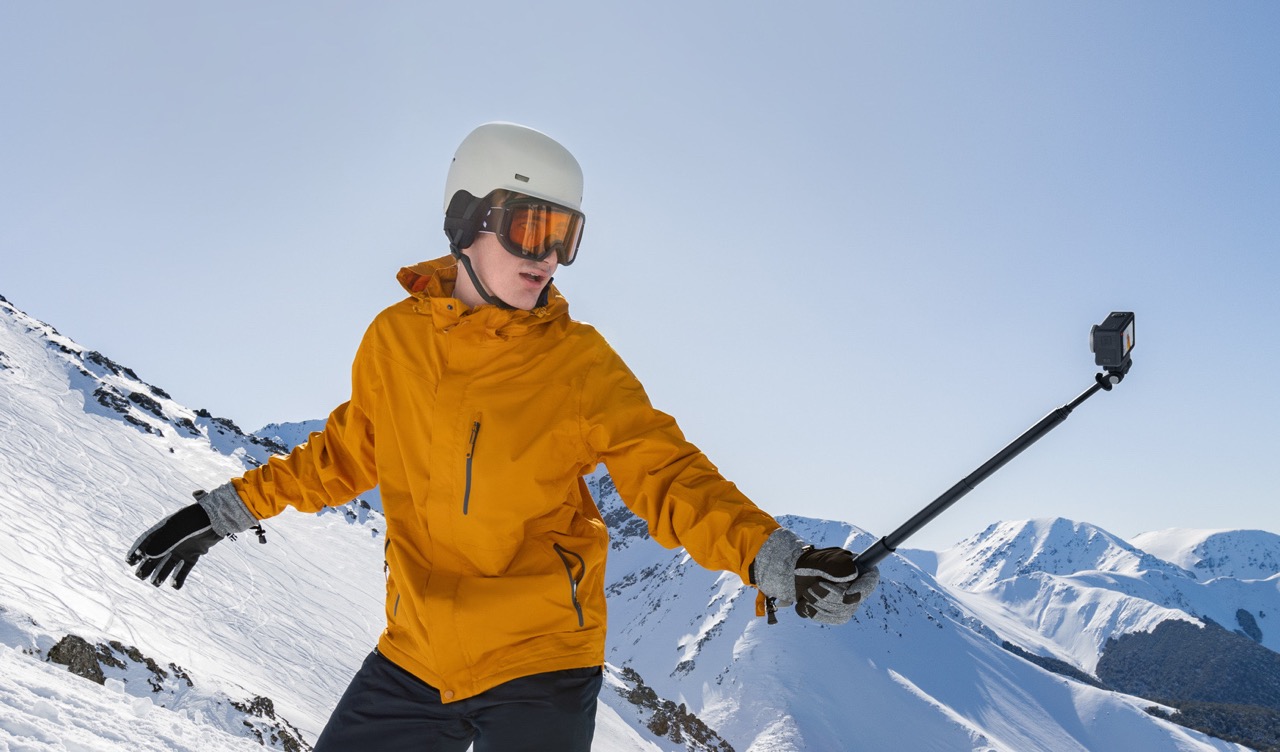 DJI Osmo Action 3 has a ‘delete selfie stick’ feature, that makes the pole invisible as you’re cruising down the mountain. Image Credits: DJI

The camera loves extreme conditions, both in terms of temperature and waterproofing. Surfing, skiing and some snorkeling is all done with great panache: You can take it down to 16 meters depth without additional waterproof housing, and the camera can keep functioning at temperatures down to -20ºC (-6ºF). It’s also drop-resistant to about 1.5 meters (five feet).