Canva is further establishing itself as more than just a user-friendly graphic design tool. The Australian company announced at its Canva Create event that it will unveil a suite of new products to round out its product offerings: Canva Docs, Canva Websites, Canva Whiteboards and Data Visualization, which comes from its acquisition of Flourish.

Canva will also expand its print offerings and bring its background removing technology to videos. Canva Presentations, launched in 2021, will get a remote control feature, which allows presenters to connect other devices (like a phone) for use as a virtual clicker. 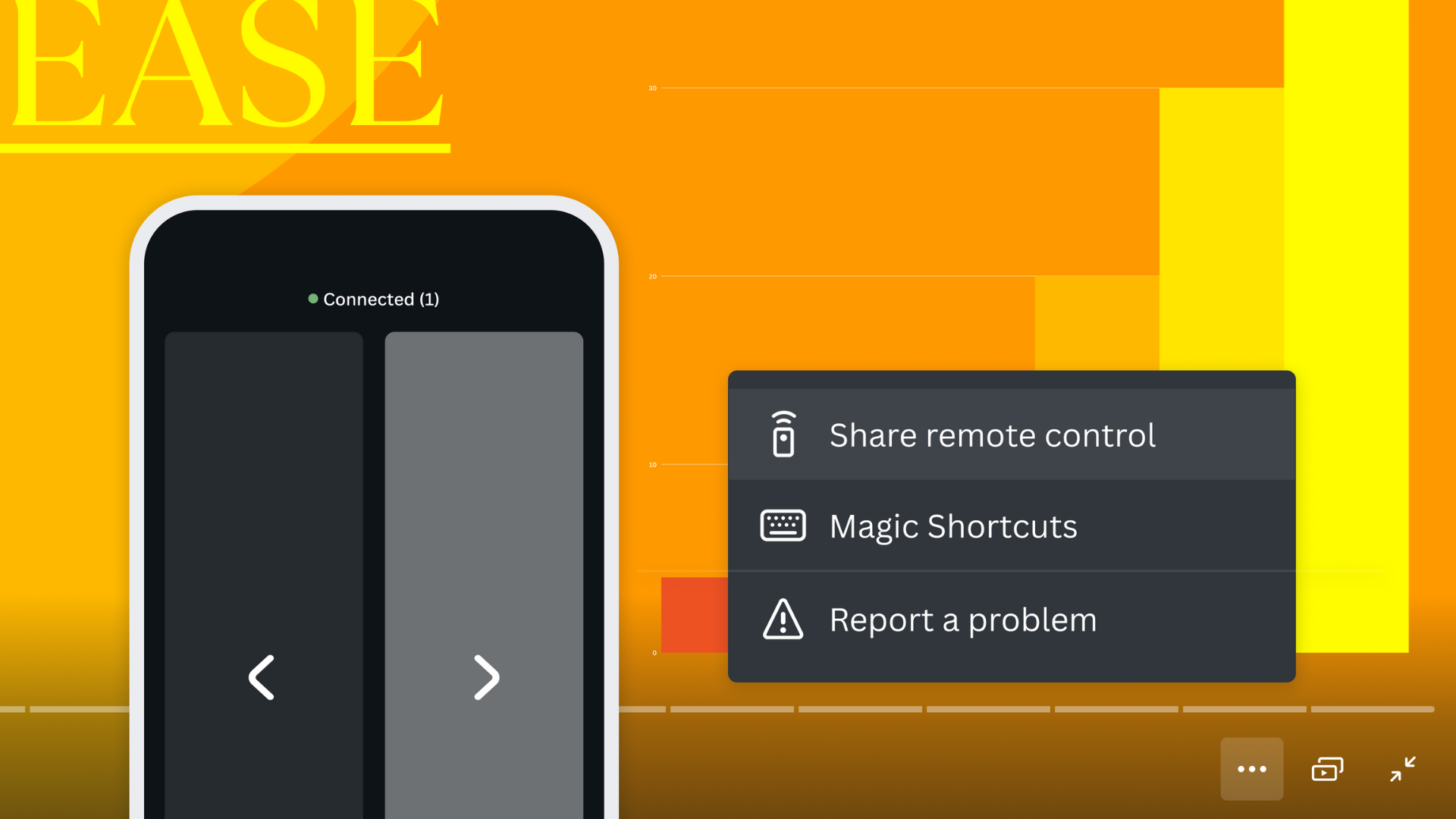 “We’ve been working for the last two years essentially on the new era of Canva,” said Cliff Obrecht, Canva co-founder and COO, in an interview with TechCrunch. “Canva has always been very much like an individual product with deep penetration into the workplace. But we’ve never really launched this worksuite that is suitable for organizations.”

According to Canva, 85% of Fortune 500 companies, including FedEx, L’Oréal and Salesforce use Canva’s design tools. Over 4.4 million customers pay for Canva for Teams, launched last year, but like all of Canva’s products, there will be a freemium model for its worksuite. Like its Teams product, the worksuite will include collaboration features that allow team members to work together in real time on documents.

Any worksuite product will naturally draw comparisons to the Google suite or Microsoft Office. But Obrecht says that Canva isn’t trying to compete with these corporate behemoths. Instead, he sees Canva as a visual-first companion to these tools. 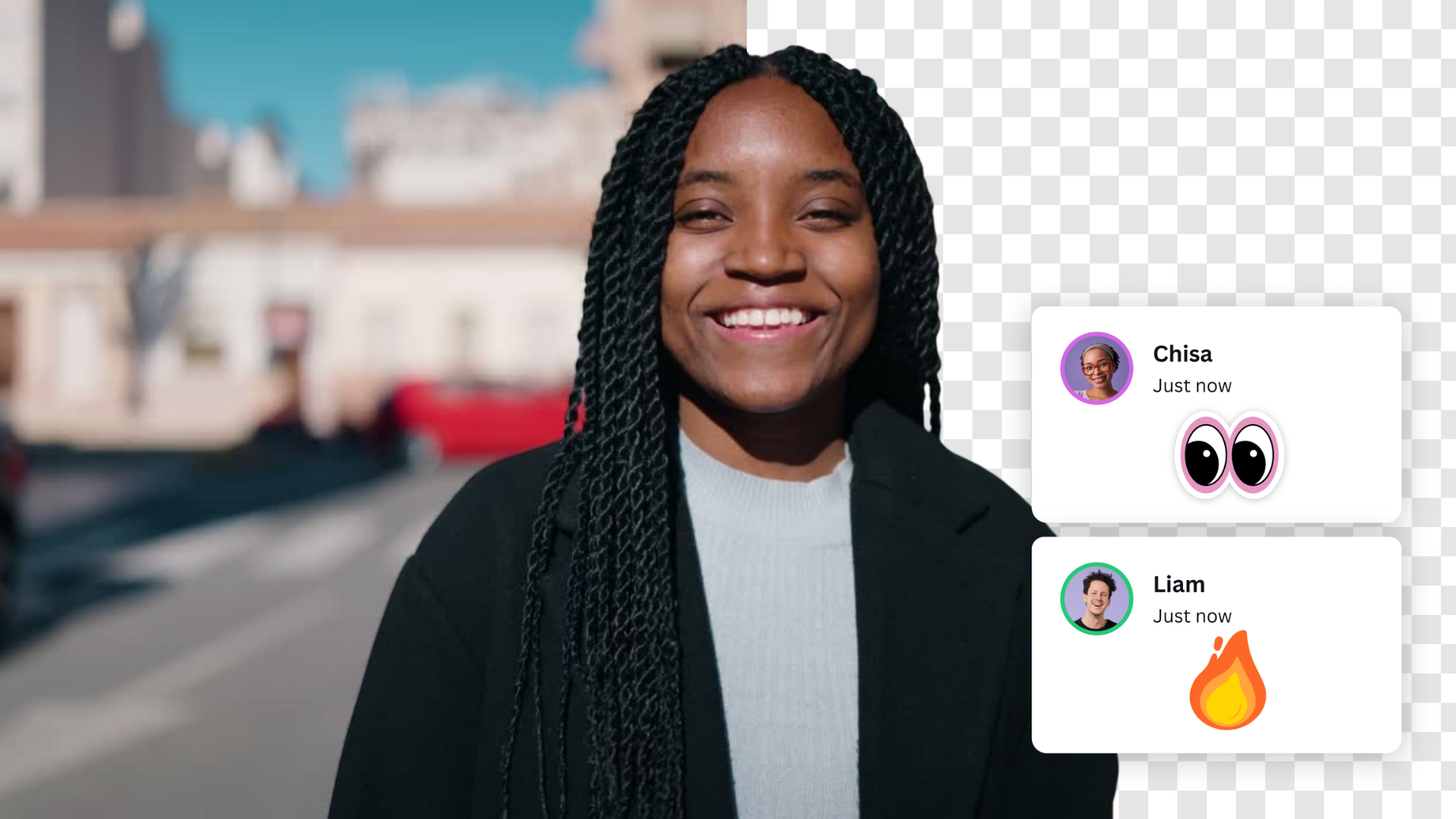 “We’re not trying to compete head-to-head with Google Docs,” Obrecht told TechCrunch. “Our products are inherently visual, so we take a very visual lens on, what does a visual document look like? How do you turn that boring document that’s all text based into something engaging?”

Canva’s worksuite products are interoperable — so if you make a presentation, you can turn it into a document or a website too.

Canva also plans to launch its API in beta, enabling developers to more easily integrate with the worksuite. Plus, Canva is launching a creator program where highly vetted designers can sell templates, photos and designs to Canva users. Obrecht declined to share the revenue split between Canva and its creators, stating that it varies depending on the complexity of the product — for example, an ultra-technical video template may earn a creator more money than a stock photo. 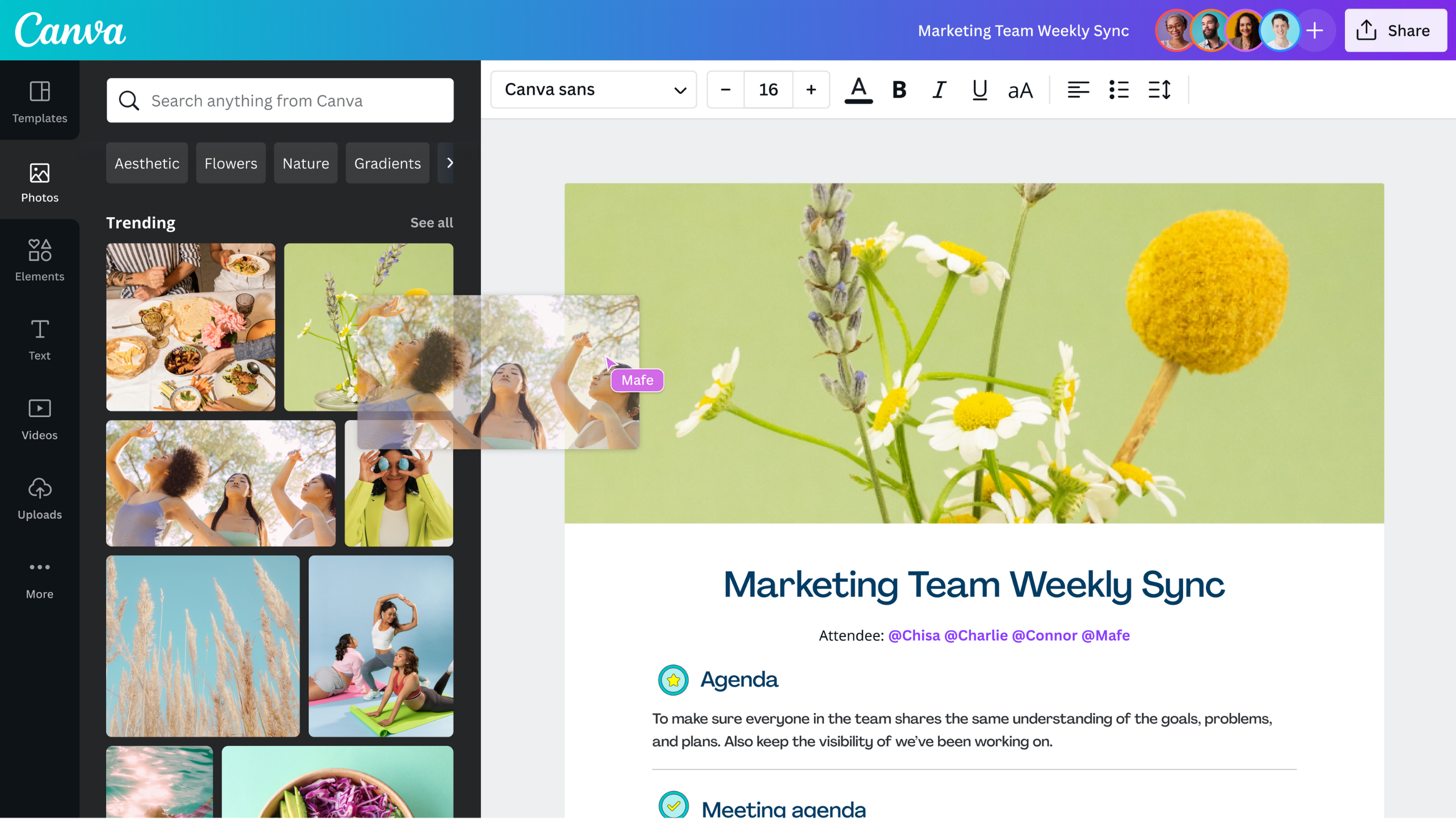 Last year, Canva raised $200 million at a $40 billion valuation. In a time when venture capital is harder to come by and valuations are dropping, Obrecht thinks Canva is well positioned to charge ahead.

“We’re in a really fortunate position where we’re a profitable company, and unlike a lot of our peers, we also have a huge cash balance,” Obrecht said. He told TechCrunch that Canva has about $700 million in the bank, and that the company is aggressively hiring. Right now, the company lists 227 open roles on its website.

Obrecht says that Canva owes its profitability to the nature of the Australian tech ecosystem, which is far divorced from Silicon Valley, where venture capital can (or used to) flow freely.

“We grew up in Perth, Western Australia, which is the most isolated city in the world,” Obrecht said. “We didn’t know what venture capital was. We had what we thought was a small business, and then when we went to the U.S., everyone was like, ‘Oh, you have a startup!'”

So, Canva started out with business loans and worked to get profitable from the beginning.

“We built this really sustainable, profitable engine that was frugal, and then we got capital on board, and then like…we haven’t spent the capital because we’ve got this frugal business that actually makes money,” said Obrecht. “That’s really set us up for success.”