The company had earlier teased its web3 plans to investors, saying it believed this new experience would build on the current Starbucks Rewards model where customers today earn “stars” which can be exchanged for perks, like free drinks. It envisions Starbucks Odyssey as a way for its most loyal customers to earn a broader set of rewards while also building community.

To develop the project, Starbucks brought in Adam Brotman, the architect of its Mobile Order & Pay system and the Starbucks app, to help serve as a special advisor. Now the co-founder of Forum3, a web3 loyalty startup, Brotman’s team worked on Starbucks Odyssey alongside the Seattle coffee chain’s own marketing, loyalty and technology teams.

While Starbucks had been investigating blockchain technologies for a couple of years, it has only been involved in this particular project for around six months, Starbucks CMO Brady Brewer told TechCrunch. He says the company wanted to invest in this area, but not as a “stunt” side project, as many companies are doing. Rather, it wanted to find a way to use the technology to enhance its business and expand its existing loyalty program.

It opted to make NFTs the passes that allow access to this digital community, but it’s intentionally obscuring the nature of the technology underpinning the experience in order to bring in more consumers — including non-technical people — to the web3 platform.

“It happens to be built on blockchain and web3 technologies, but the customer — to be honest — may very well not even know that what they’re doing is interacting with blockchain technology. It’s just the enabler,” Brewer explains.

To engage with the Starbucks Odyssey experience, Starbucks Rewards members will log in to the web app using their existing loyalty program credentials.

Once there, they’ll be able to engage with various activities, which Starbucks called “journeys” — like playing interactive games or taking on challenges designed to deepen their knowledge of the Starbucks brand or coffee in general. As they complete these journeys, members can collect early digital collectibles in the form of NFTs (non-fungible tokens). Starbucks Odyssey, however, does away with the tech lingo and calls these NFT collectibles “journey stamps” instead.

Additionally, a set of limited-edition NFTs will be available to purchase in the Starbucks Odyessy web app, which also works on mobile devices. Though hosted on the Polygon blockchain, these NFTs will be bought using a credit or debit card — a crypto wallet is not required. The company believes this will make it easier for consumers to engage with the web3 experience by lowering the barrier to entry. It also won’t complicate consumers’ transactions with things like “gas fees,” preferring to offer a bundled price.

The company is not yet ready to share what its NFTs will cost or how many will be available at launch, saying these are decisions that are still being ironed out.

However, the various “stamps” (NFTs) will include a point value based on their rarity and can be bought or sold among Starbucks Odyessy members in the marketplace, with the ownership secured on the blockchain. The artwork on the NFTs is being co-created by Starbucks and outside artists, and a portion of the proceeds from the sale of the limited-edition collectibles will be donated to support causes chosen by Starbucks employees and customers.

By collecting the stamps, members will gain points that can unlock exclusive benefits.

These perks go beyond those you can earn with a traditional Starbucks Rewards account and its “stars.” While today, members can earn things like free coffee, free food or select merchandise, the points earned in Starbucks Odyessy will translate into experiences and other benefits.

On the lower end, that could be a virtual espresso martini-making class or access to unique merchandise and artist collaborations. As you gain more points, you may earn invites to special events hosted at Starbucks Reserve Roasteries, or even earn a trip to the Starbucks Hacienda Alsacia coffee farm in Costa Rica. It’s expected the very largest perks will be reserved for those who purchase NFTs, though lesser versions may be offered to those who earn their way up.

But what the company can say is that it wants to deeply integrate the program with its existing loyalty rewards, beyond simply using the same user account credentials for both programs.

Brewer says Starbucks is already imagining how some of the activities that earn NFTs will be connected to real-world Starbucks purchases, for instance.

In Odyssey, users earn NFTs by doing challenges, which might also include a real-world activity like “try three things on the espresso menu.” This would require the user to show their barcode at checkout — as they would if earning stars — to have their transaction counted toward the Starbuck Odyssey challenge. The company is still determining what mix of games, challenges and quests it will include at launch.

“But we’ll have experiences that do link directly to customers’ behavior in our stores,” Brewer stresses. Most importantly, the company wants to make gaining NFTs something anyone can do — not just those with money to blow on digital collectibles, as is often the case with current NFT communities, which price out the average user.

“There will be a lot of ways for people to earn [rewards] without having to spend a lot of money,” says Brewer. “We want to make this super easy and accessible. There will be plenty of everyday experiences customers can earn like virtual classes or access to limited edition merchandise, for instance. “The range of experiences will be quite vast and very accessible,” he adds.

Starbucks says it explored all the different blockchains for the project but landed on the “proof-of-stake” blockchain technology built by Polygon for this effort because it uses less energy than first-generation “proof-of-work” blockchains, which is more in line with its conversation goals. 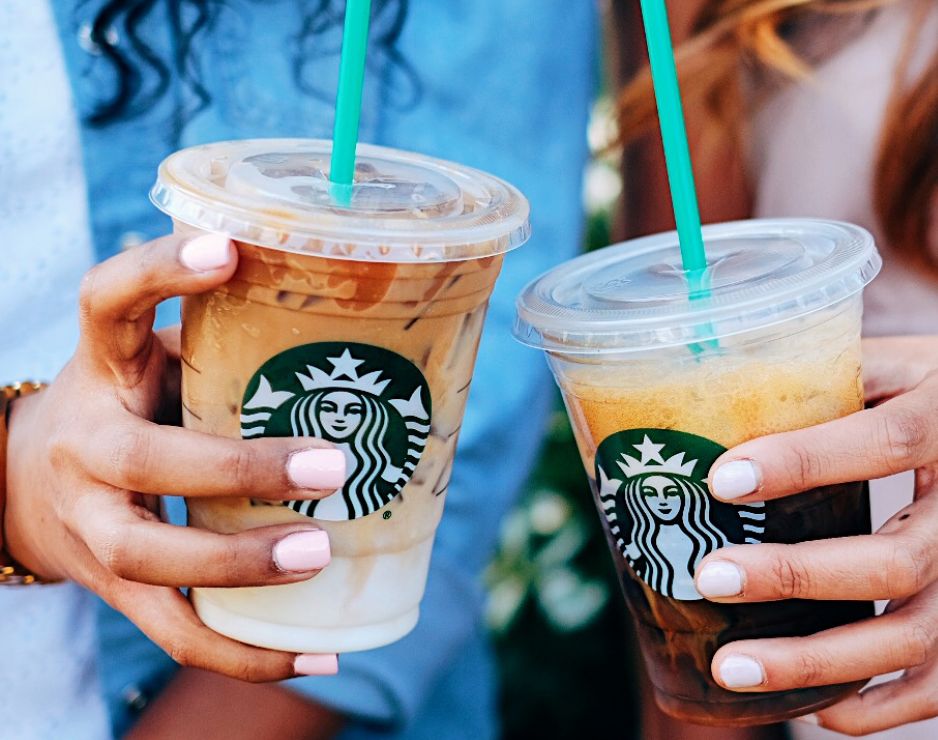 The idea to enter into the world of web3 makes sense for a company known for taking advantage of emerging technologies and making them more approachable and easy for consumers to access. In years past, Starbucks introduced Wi-Fi in its stores to encourage customers to spend more time during visits. It also pushed the idea of mobile wallets long before Apple Pay became ubiquitous. And it made mobile ordering the norm well ahead of the COVID pandemic, when other restaurant chains picked it up.

But one criticism leveraged against many traditional businesses when they enter the web3 market is that they’re approaching it as a marketing stunt, not a real endeavor. Starbucks, of course, argues that’s not the case here — but only time will tell how serious its interest may be.

“We’re bullish on the future of these technologies enabling experiences that were not possible before,” Brewer claims. The intention is to be flexible and move with the customers as the web3 market changes, he explains. “It’s really important that we’re looking at it for the long-term,” he continues. “But, given that we’re plugging it into our industry-leading, massive scale rewards program — we’re committed,” he says.

The company says its web3 platform will open its waitlist (waitlist.starbucks.com) on September 12 and will launch later in the year. It will remove the waitlist and open the platform more broadly sometime next year.