Alongside its fall hardware update, which included new streaming and audio devices, Roku today unveiled the features it has in store for the next version of its media software, Roku OS 11.5. This time around, the platform maker is looking to advance its own offerings, like its Live TV experience. It also wants to better cater to viewers who are struggling to keep up with a range of film and TV content across a growing number of streaming services by offering new features like an expanded universal watch list, a platform-wide “continue watching” feature and a new discovery center called “The Buzz,” featuring short-form content.

Many of the new features see Roku returning to its roots as a company that focuses more on connecting customers to the many streaming services they enjoy, instead of heavily pushing its own free streaming hub, The Roku Channel, and subscription platform.

For instance, one new feature is transforming Roku’s “Save List,” previously available only on The Roku Channel and in the mobile app, into a platform-wide universal watch list that lets viewers save movies and shows from across their services to a single destination. This feature will now also be located within the “What to Watch” hub on Roku’s Home Screen Menu, in addition to the mobile app. 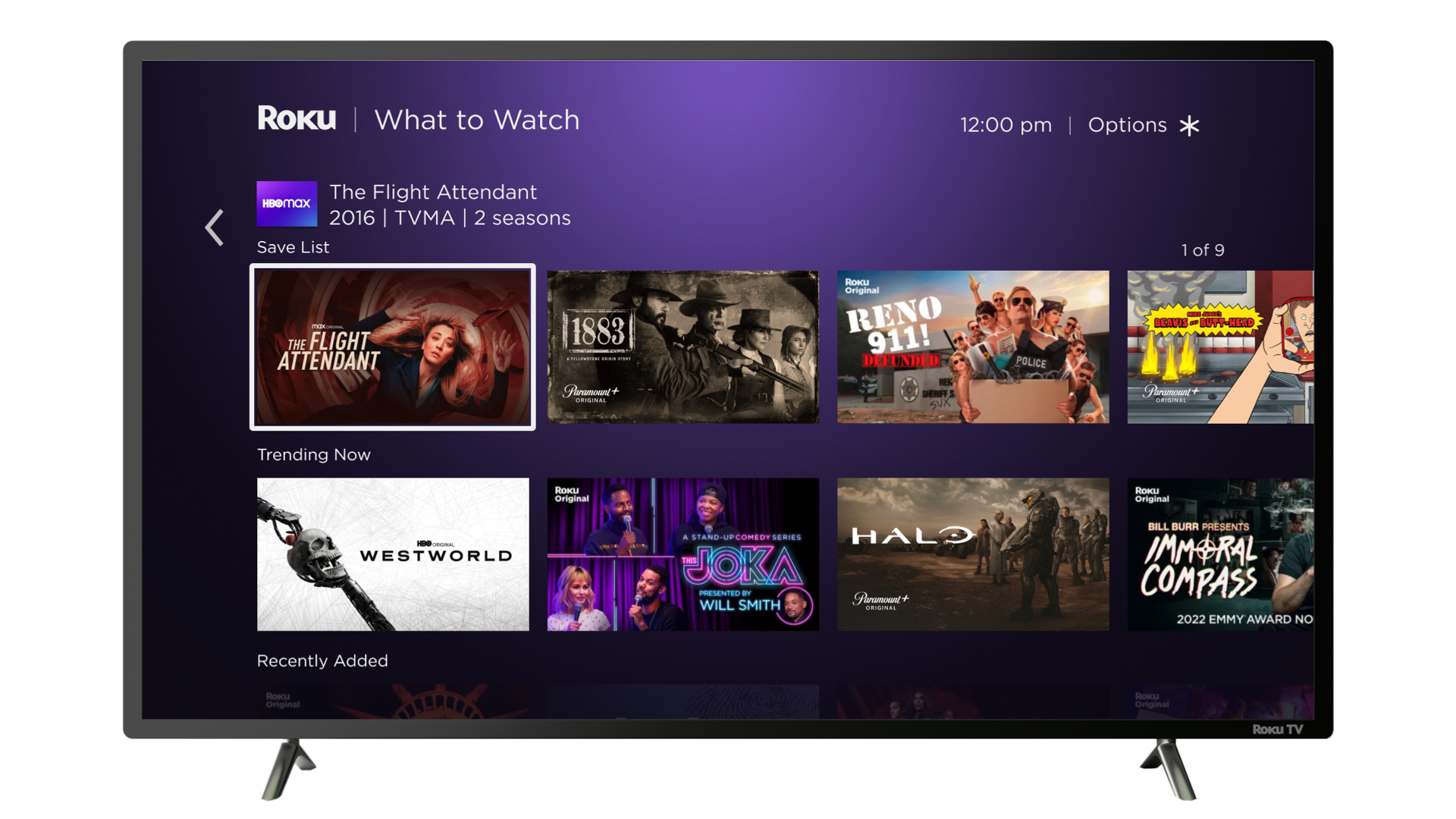 To use the feature, Roku customers will see a “Save” option on the newly revamped movie and TV show details pages, which now sport a more visual design. This “Save” option will let the user add a given title to their Save List for later viewing. This could be particularly useful for titles that are still only available for rent or purchase, but may hit a customer’s subscription streaming services at a later date, as well as those they just want to remind themselves to watch later.

Save Lists will additionally arrive in Canada, the U.K. and Ireland with this release.

Another feature, “Continue Watching,” will also be located in this “What to Watch” hub, giving customers a quick way to jump back into titles they were previously viewing. And it doesn’t only work with The Roku Channel, the company says — it will support top streamers like Netflix, HBO Max and Paramount+, too. The company hinted more partners were on the way, but could not share names. 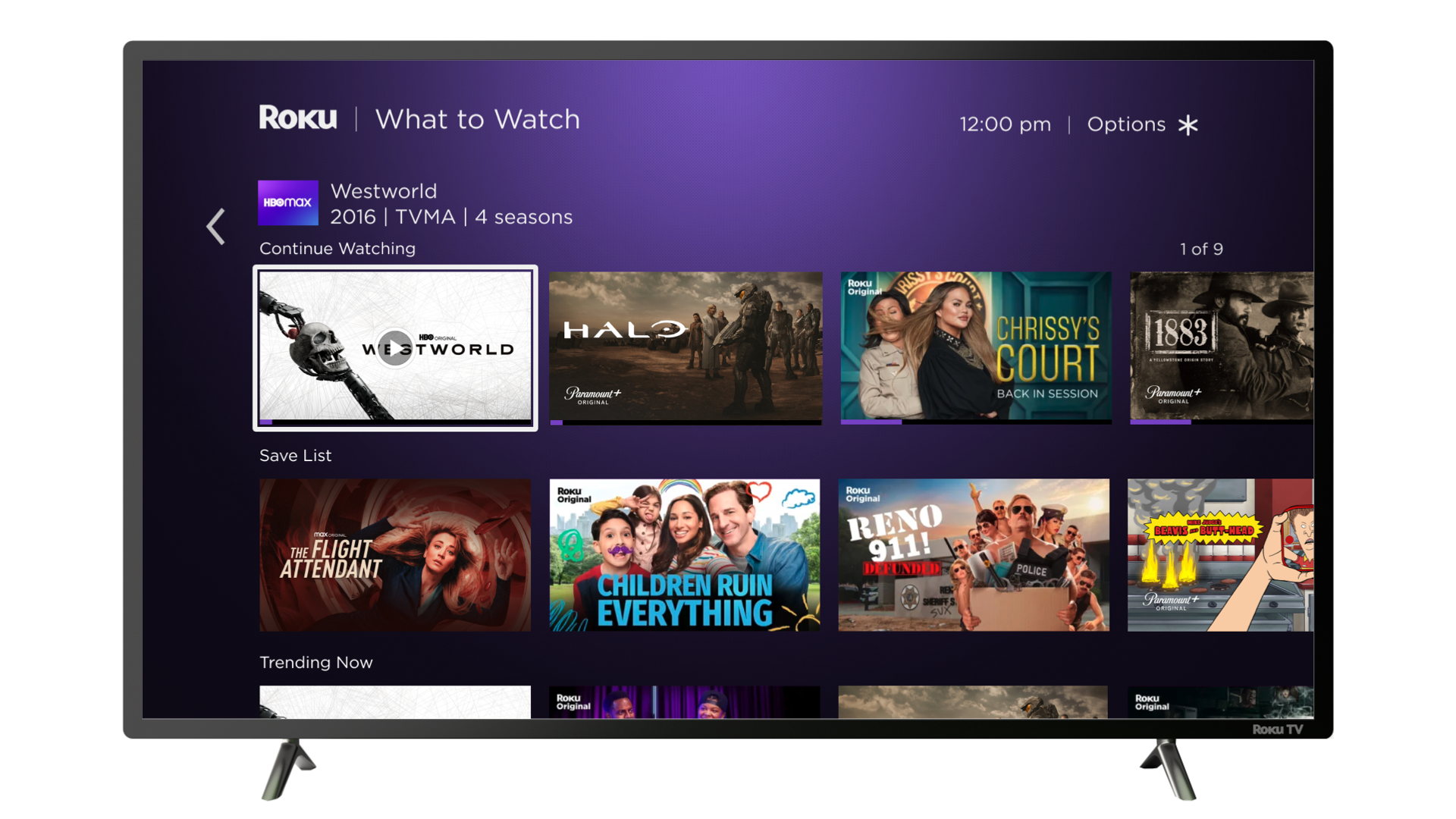 Like Netflix, which entered this space with its comedy-focused “Fast Laughs” feature on mobile before expanding to the TV earlier this year, Roku is also now embracing short-form video with a new Home Screen addition called “The Buzz.”

But unlike Netflix, it’s not creating any of this short content itself. Instead, it’s leaving that up to partners, including AMC+, Apple TV+, BET+, Crackle, Hallmark Movies Now, IGN, Plex, Popcornflix, SHOWTIME, Starz, The CW, Tubi, Vevo and Wondrium.

These brands will post short-form video clips, trailers, interviews and even images to engage Roku viewers who are looking for something new to watch. Viewers can “like” these posts and save the content to watch later through the updated watch list feature. They also can follow profiles, as on social media, or immediately start streaming the promoted title. The company said the feature would expand over time with more content and partners. 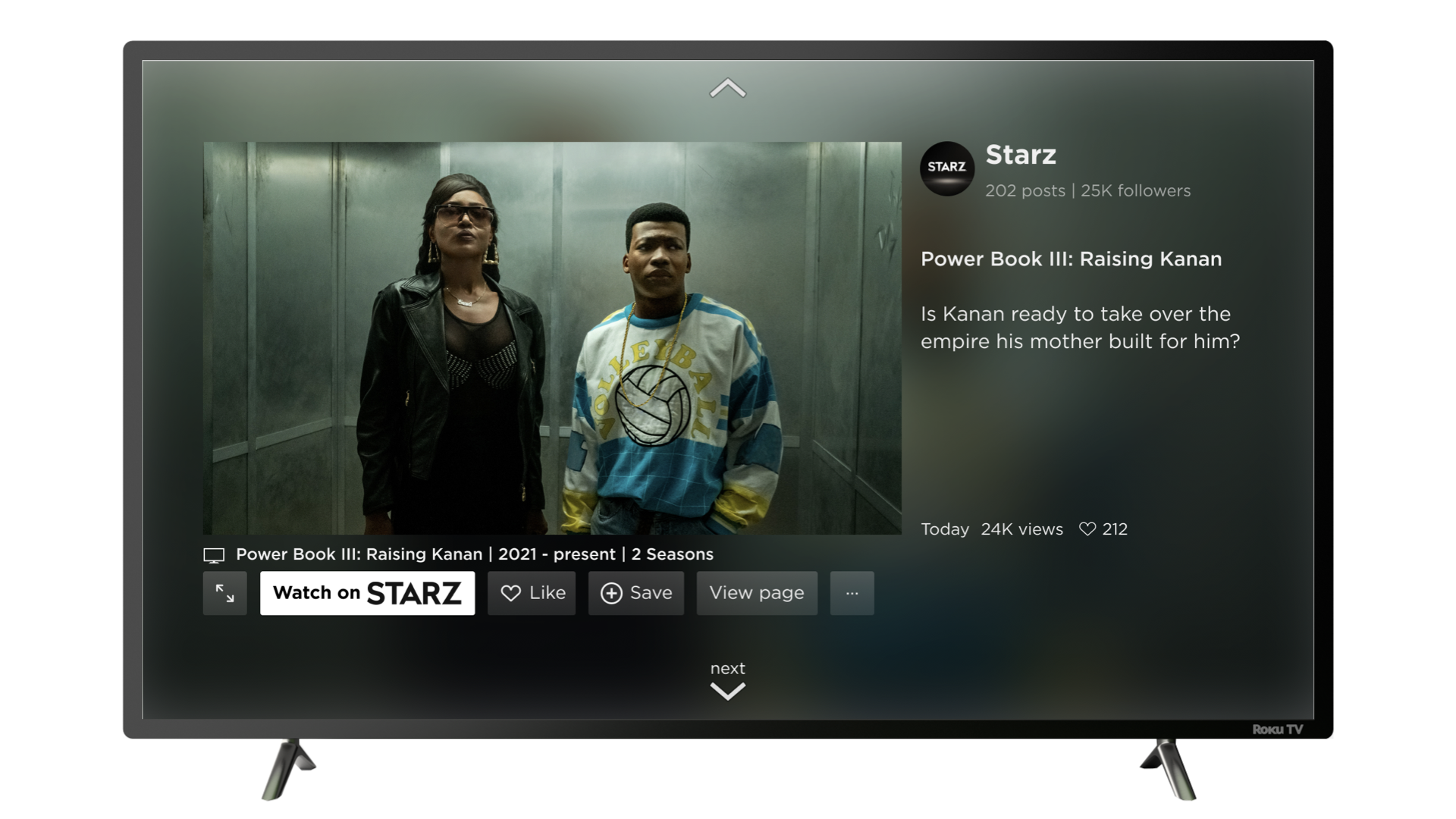 The updated software will also introduce a few features that cater to Roku’s own interests.

One of these is the new Roku Store, which lets consumers shop for both free and paid streaming channels. This is more of an update to the existing channel search experience, as the store will better organize the available offerings by category in more of a marketplace format.

Roku will also promote its foray into Live TV with a dedicated Live TV Channel “Guide” button on its mobile app remote, which will likely appeal more to recent cord-cutters who still want a cable TV-like experience. 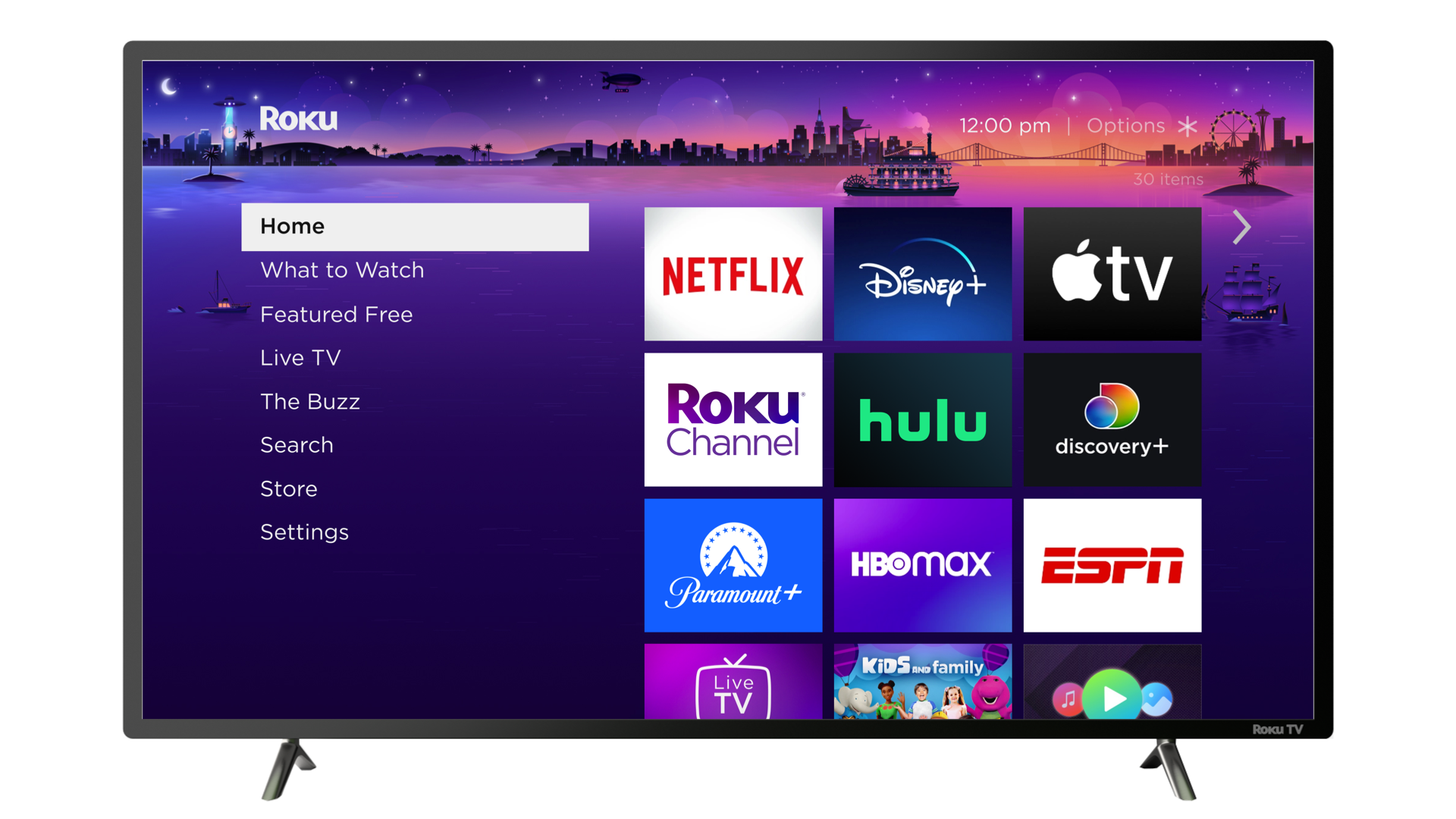 By pushing the new button, users will be able to browse and search channels or filter their discovery efforts by way of new channel categories — Recents, Favorites and Subscribed. The latter will connect users to their Premium stations from The Roku Channel. Customers can also browse the Live TV offering by genre, like News, Sports, Movies, Entertainment, Kids, Crime, Music and En Espanol.

Related to Live TV, Roku will later introduce a centralized discovery location for sports content that will help viewers find live sports on now, as well as replays and other sports-related content.

Among the smaller updates in this release is an enhancement to Roku’s voice feature that adds a display on-screen showing the channel options related to a voice search. This way, Roku Voice can ask a follow-up question, like asking which channel in the list the user wanted, and the user can respond more conversationally by saying something like “the second one.”

The company is also expanding its Bluetooth Private Listening feature, which lets users listen to TV through headphones so as not to disturb others. This now supports the company’s newest Roku Ultra and its audio devices the Streambar and Streambar Pro.

The company notes the Roku OS 11.5 update is arriving in the months ahead, but says some features may appear sooner instead of waiting to be packaged as a part of the larger OS release.