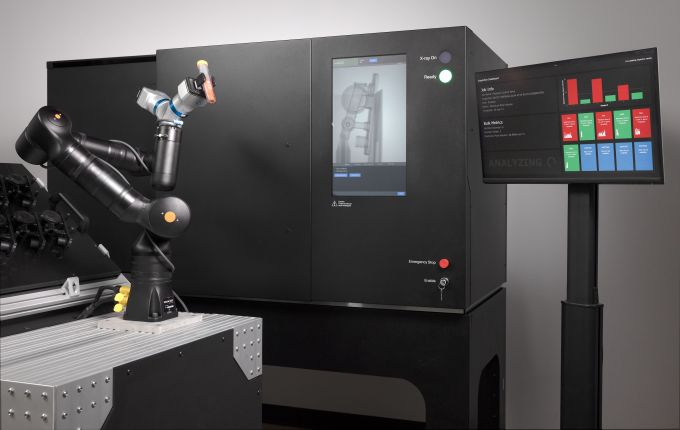 Lumafield today announced a $35 million Series B, and new features for its desktop X-ray computed tomography platform that aims to provide engineers and designers with unparalleled access to their products. Lumafield revealed the Neptune scanner and Voyager software in April when the company emerged from stealth.

The company also released significant updates to its desktop CT scanner today, saying in a press release that the scan time is now more than 300x faster.

With the AI-powered Voyager software, the Neptune scanner offers design and engineering teams a practical CT solution. What was previously unavailable due to cost and availability are now available to more engineer teams and startups, thanks to Lumafield’s novel approach. The company says these products are viable, from one-off scans to high-volume manufacturing offerings, with pricing starting at $3,000 monthly. The product works by capturing a series of X-ray images on the Neptune scanner, which is fed into the Voyager software. Using AI-powered tools, the software creates a highly detailed 3D reconstruction showing the external and internal makeup of the product.

The new round of funding brings the total amount raised by the company to $67.5 million. Spark Capital led the new round of financing with participation from existing investors Lux Capital, Kleiner Perkins, Data Collective and Tony Fadell’s Future Shape. In addition, Spark Capital’s Santo Politi is joining Lumafield’s board, along with Victoria Holt, previously the CEO of Protolabs.

“Lumafield has been fortunate to have some of the world’s leading investors back our vision of ‘CT ubiquity.’ Thanks to their support, we’ve been able to help engineers change the way they work on everything from cosmetics packaging to bike parts,” said Eduardo Torrealba, co-founder and CEO of Lumafield, in a released statement. “We’re honored by this vote of confidence from Santo and Victoria, as well as our Seed, Series A, and Series B investors. We’re excited to move into our next phase of supercharged growth.”