Jeep revealed Wednesday the first steps in a plan to reshape its portfolio, starting with the launch of two EVs in North America by 2025 and one in Europe next year.

The Jeep Recon and Wagoneer S will be the first fully electric Jeeps for the U.S. market when they enter production in 2024. Two more will be announced later, as the automaker charges ahead in electrifying its lineup.

The 80-year-old rugged Detroit brand, which aims to become the global leader in electrified SUVs, plans for EVs to compose half of its sales in North America — and all of its sales in Europe — by 2030.

Until now, the brand had focused on creating plug-in hybrid versions of its popular Jeep models, planning to offer an electrified version for each of its models by 2025. The Jeep Wrangler 4xe is the top-selling plug-in hybrid for both North America and Europe. The Grand Cherokee 4xe will go on sale in the U.S. later this year.

Leveraging the global scale of Jeep’s parent company is crucial to the brand’s electrification, said Jeep CEO Christian Meunier. Amsterdam-based Stellantis has poured more than $35 billion into developing batteries, software and technology through 2025, and expects to launch more than 75 new battery-electric models, including 25 nameplates in North America, by 2030.

“Stellantis gives us that scale to capitalize on the resources for engineering, design, software and all the horsepower that we need to accelerate the electrification and keep the Jeep DNA intact,” Meunier said.

Here is a preview of what’s coming. 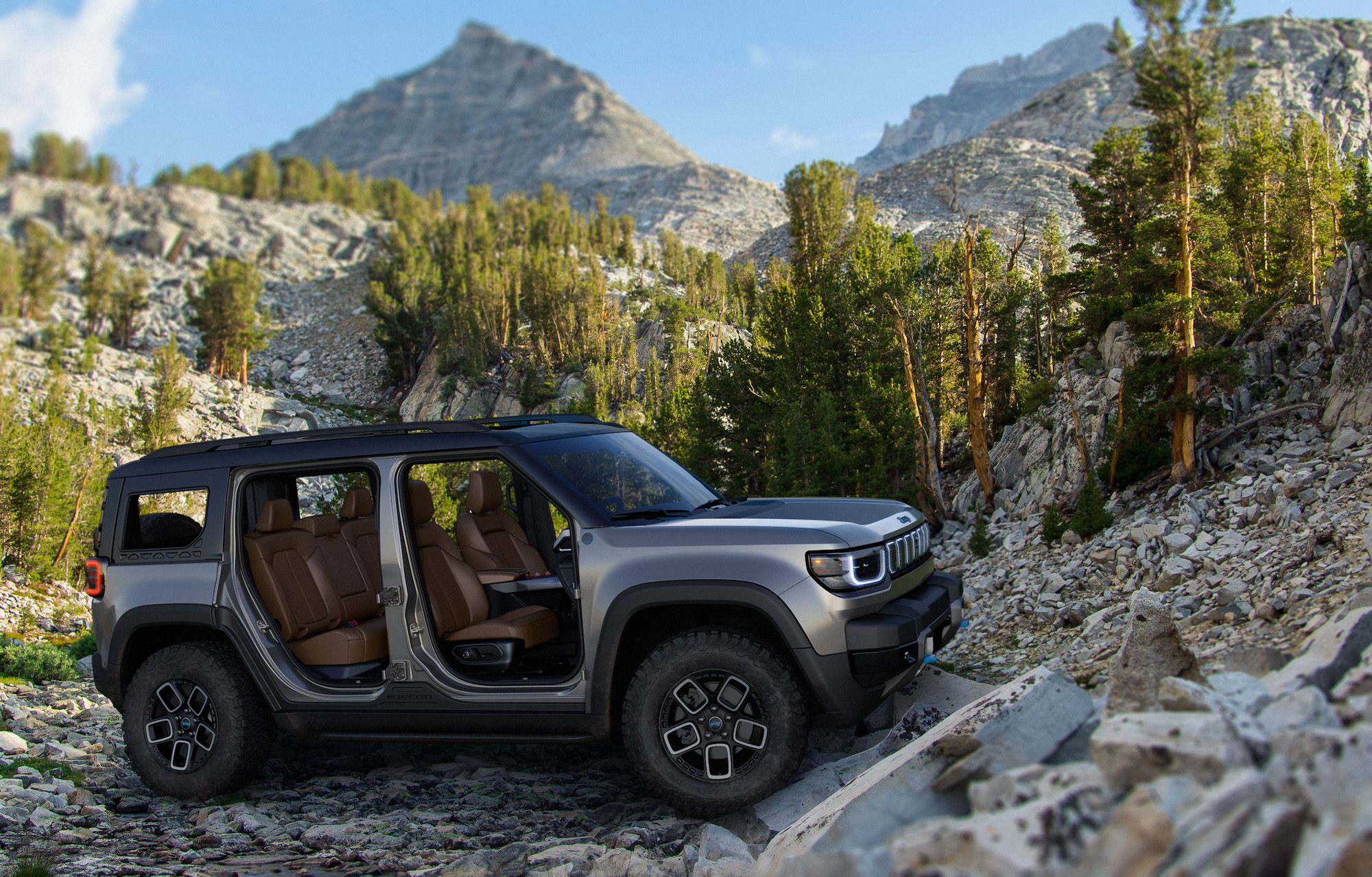 The Jeep Recon will be robust and efficient enough to cross the 22-mile off-road Rubicon Trail located outside of Lake Tahoe, with enough battery range left to drive back to town and recharge, according to the company.

Both the Recon and the Wagoneer S open for customer orders early next year. They’ll be built on STLA Large, the automaker’s full-size EV platform. Though the SUVs are targeted toward different customers, they share several common elements, according to Meunier.

“The underpinnings are pretty much common,” he said. “The platform is the same, the battery packs are the same, but then the suspension, the top hat and all of the capabilities are going to be quite different.” 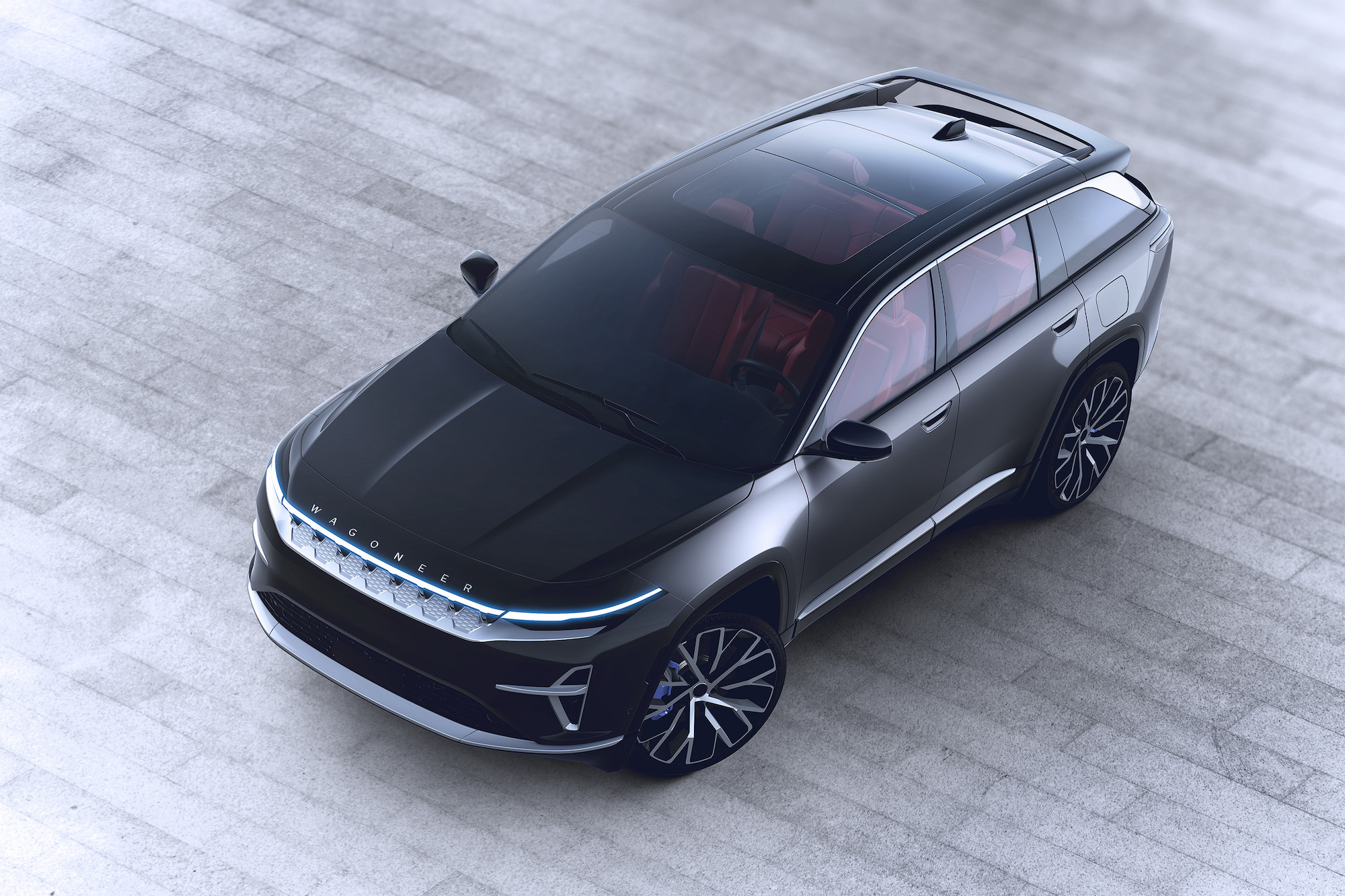 The all-electric Wagoneer, codenamed Wagoneer S, will produce nearly 600 horsepower and travel roughly 400 miles on a fully charged battery. The performance-oriented SUV will zip from 0 to 60 mph in 3.5 seconds.

It’s designed to appeal to a different customer than the Jeep Recon.

“One is really an adventure machine, and the other one is more of a reinvention of the American modern icon: high performance, very fast and very premium,” Meunier said. 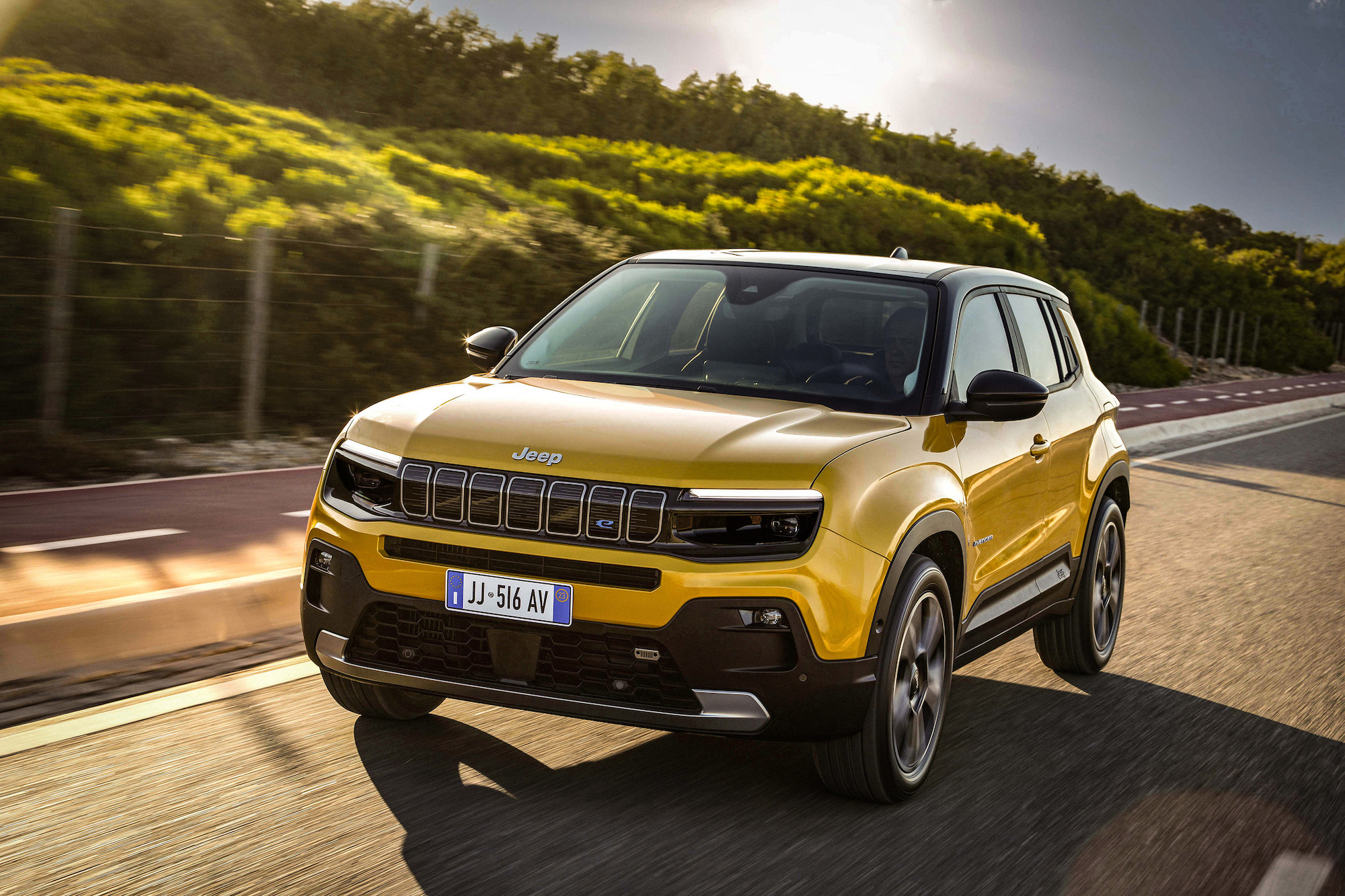 The Wagoneer S and Recon won’t be Jeep’s first battery-electric models worldwide. That distinction goes to the Jeep Avenger, arriving in European showrooms early next year.

The Jeep Avenger will be smaller than the Jeep Renegade — the brand’s smallest U.S. model — and won’t make its way stateside.

“There is no real market potential in North America” for SUVs of that size, according to Meunier.

Jeep said the Avenger, which will be built in Tychy, Poland, will feature roughly 250 miles of range, as well as “impressive ground clearance, breakover and approach angles for its segment.”

The Avenger will debut at the Paris Motor Show in October. Meanwhile, the European market has demonstrated an appetite for electrified Jeeps.

In addition to the Wrangler 4xe, Jeep also sells plug-in hybrid versions of its smaller Renegade and Compass SUVs. Half of the brand’s European sales derive from its 4xe lineup.

Jeep did not detail its plans for the Chinese market, but Meunier said that the EVs will make their way to the local market eventually.

“The strategy in China is a little bit in flux, but that’s the goal,” he said.

Stellantis said in July it planned to pull out of a long-running joint venture with China Guangzhou Automobile (GAC).