Airlines are a mess in the post-COVID world, with flight cancellations, rescheduling, and last-minute gate changes becoming more common. A number of apps are available to help travelers keep up with flight tracking and alerts — but when you’re in a rush, even opening an app can take up precious time you may not have to spare. That’s where Flighty’s iOS 16-ready app can help. This top-ranked travel app will bring a range of new Lock Screen widgets to your iPhone, including a Trip Countdown widget to use ahead of your travels, as well as a Live Flight Status widget, and an In-Flight Progress Bar.

With the iOS 16 update coming out on Monday, app developers have been thinking about how to best serve their respective user bases by taking advantage of the new screen real estate provided to them by way of Lock Screen widgets. This new customization tool allows users to add mini-widgets above and below the clock on their iPhone’s Lock Screen. Already, a number of apps are rolling out with single-purpose widgets or adding widgets to larger theme packs. 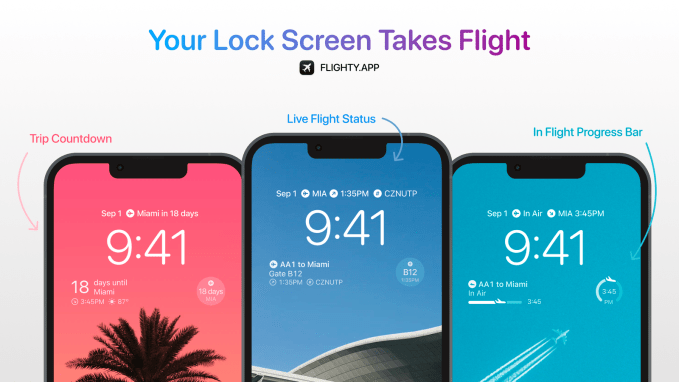 Flighty, meanwhile, is preparing to expand its existing travel app with information travelers would want to be able to see at a glance on their Lock Screen.

Ahead of your trip, Flighty users can add a Countdown widget, which includes the weather at your destination, to help you determine what you may need to pack for the trip.

On travel day, the app updates with the most current flight information you’ll need at just the right time so you don’t even have to launch the Flighty app or unlock your phone. The app has designed 15 “smart states” that make sure to show you key information like the departure terminal, gate, departure time, check-in code, seat number, baggage claim, and more just as you need it. These will be available across the three Lock Screen widget sizes shipping in iOS 16.

Once in the air, you can use the in-flight progress bar widget that lets you see how long until you land — and this will work offline, so you don’t need to connect to the airplane’s Wi-Fi to take advantage of the feature.

Flighty also plans to support the new Live Activities feature, which brings real-time information to the Lock Screen in a larger display when it rolls out this fall, after the initial iOS 16 release. And, as Apple unveiled at its iPhone 14 event, apps that provide real-time information with Live Activities will also be able to take advantage of a new feature called Dynamic Island, which will turn the notch at the top of the iPhone into an interactive area for important updates from your apps. 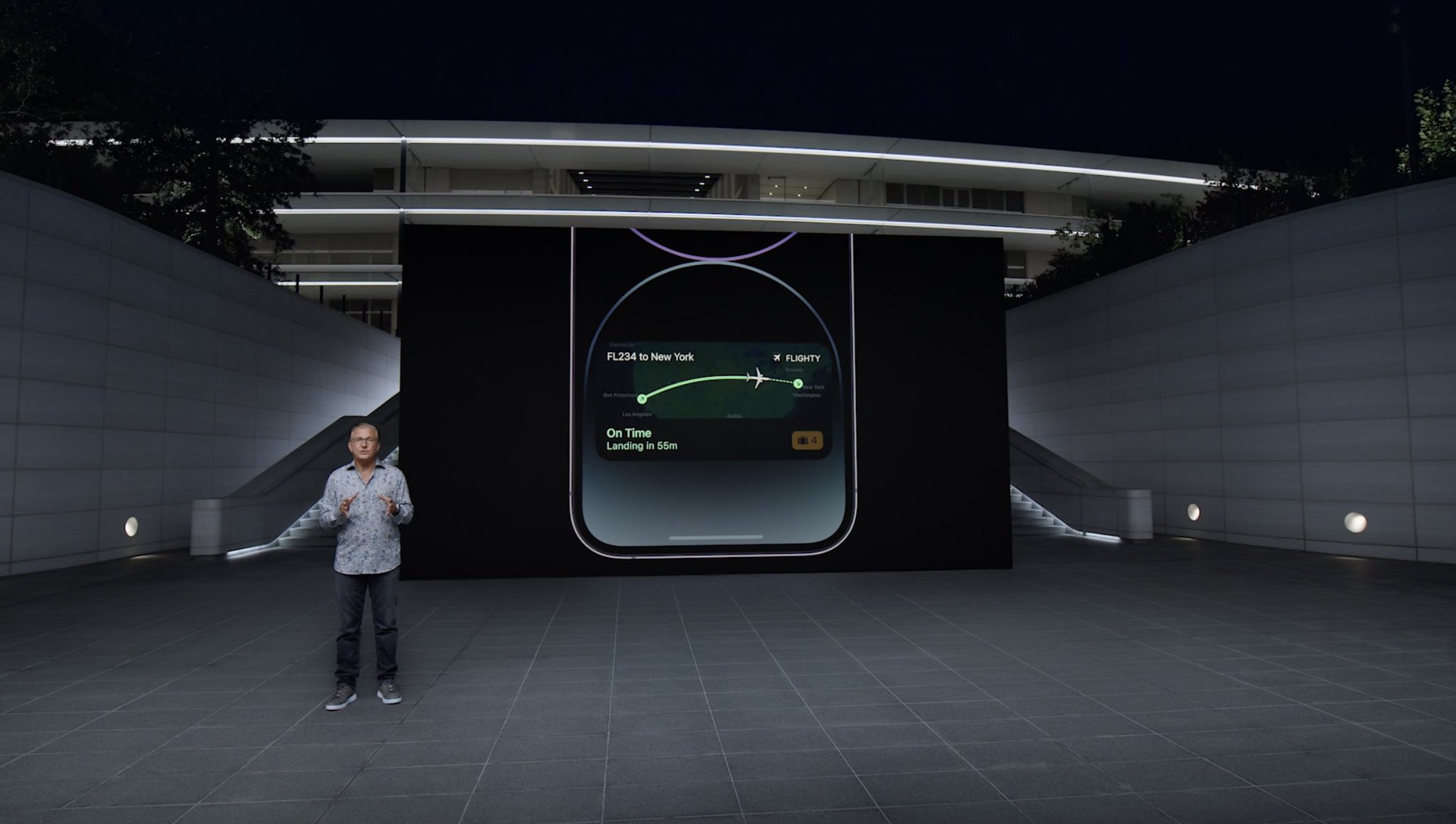 Flighty’s founder, Ryan Jones, says work on the Dynamic Island is already underway, which is how the company was able to score a cameo in the Apple keynote address this week.

“Flighty worked closely with Apple to imagine the peak experience of Live Activities and Dynamic Island for travelers,” says Jones. “The Dynamic Island really shines in time-sensitive stressful moments — exactly like travel often is, especially lately! So I think Apple recognized Flighty could best demonstrate Dynamic Island’s abilities. And, of course, the end goal is now to go deliver on that and more for travelers.”

While Flighty itself is a free download, users can upgrade to the paid version — $5.99/month or $49.99/year — for faster refreshes. However, he notes that all the widgets in the app are free. Pro users will simply see the widgets’ data updated in a more timely fashion.