Today was more than hectic. With Y Combinator’s Demo Day taking place during an Apple event, we’ve been hammering away here at TechCrunch all day. You were also likely very busy, doing whatever it is you do for work and trying to stay up to date on the news.

So sit back and let me spin our regular yarn about how Apple’s latest product event impacted — or did not in any way affect — its share price.

It’s a staple of our Apple event coverage here at TechCrunch to not merely cover the hardware and software news, but also vet reaction from inside our own team, our community, other press outlets, and even competitors when Cupertino drops new gear. We also take a look at market reaction.

Today, instead of doing a tick-by-tick rundown, we are comparing Apple’s share price performance to its main rivals, namely other large U.S. technology concerns. Here’s the chart: 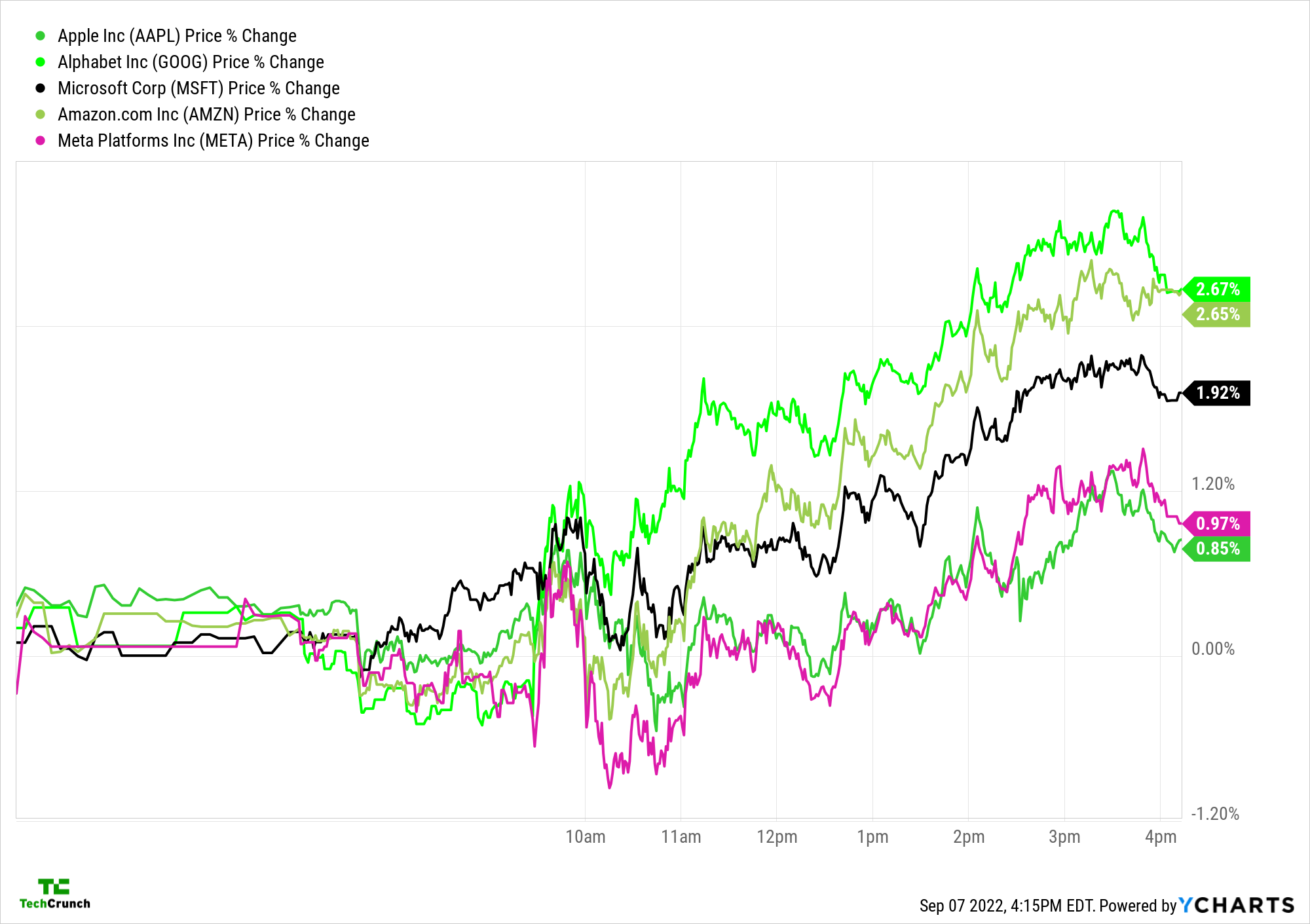 Now, you could easily argue that one day’s trading during a period of market evolution is not really news. Fair! But of the major companies above, only Apple had an event that detailed the products it will sell through the upcoming holiday period. So should we read into the above dataset? Probably not.

At issue is the fact that it doesn’t seem that investors care much what Apple announces. The company constantly drops new gear and its shares simply do not seem to react much, if at all. In fact, I’ve kept this mini-series running at TechCrunch all this time to make a meta-point about share prices and products.

It’s almost odd to say it, but short of something truly shockingly bad, I doubt that Apple could release something that gets investors interested. Perhaps this is because Apple is incredibly consistent with product refreshes. But, still, you might think that investors cared about how enticing new Apple hardware looked — you know, since that is one vector by which consumers will buy or not buy the new gear.

And here we are. Yet again looking at what appears to be mostly noise when it comes to hoped-for signal from the investing set. I suppose we’ll have to wait for later results to be published before we can truly decide if investors give the latest iPhone and Apple Watches a positive review.