Juul has long argued that it’s trying to save lives; meanwhile, its own existence seems precarious at times.

Right now is one of those times. As reported earlier today by numerous outlets, the once high-flying e-cigarette company just agreed to a $438.5 million settlement with 33 states that alleged the company marketed its product to underage users.

Connecticut Attorney General William Tong announced the deal, noting that in addition to the financial terms, the settlement will force Juul to adhere to specific marketing and sales practices, including refraining from depicting anyone younger than age 35 in its marketing in film, on billboards or in social media, or to sell Juul-branded merchandise.

The company also agreed to never again fund education programs in schools, even while it spiked this short-lived practice years ago under pressure from regulators. (In 2018, Juul sponsored a summer camp in Baltimore, among half a dozen other initiatives that came to a halt that same year.)

The new settlement — to be paid out over six to 10 years — is by far the biggest to which Juul has agreed, though it’s one in a growing string. Since last year, as noted by the WSJ, Juul agreed to pay a total of $87 million in settlements with four other states that brought lawsuits against the company. Meanwhile, Juul is still facing thousands of other lawsuits, including cases brought by nine other attorneys general.

That the company has not dissolved into a poof of smoke itself is something of a miracle. The company’s sleek, rechargeable vaping devices and nicotine pods with sweet flavors like cucumber, mango, mint and crème brulée became hugely popular with teenagers soon after Juul was launched in 2015. But by early 2018, the outfit was being sued by customers who said they had become addicted owing to the product’s high nicotine levels.

Still, with sales soaring, and investors knocking on its door, Juul’s executives repeatedly denied that it was targeting teenagers, even while earlier ads showed attractive and seemingly very young men and women with Juul devices in hand. The company — arguing that its products were designed for adult smokers looking for a safer alternative to combustible cigarettes — instead ramped up its lobbying efforts in Washington. 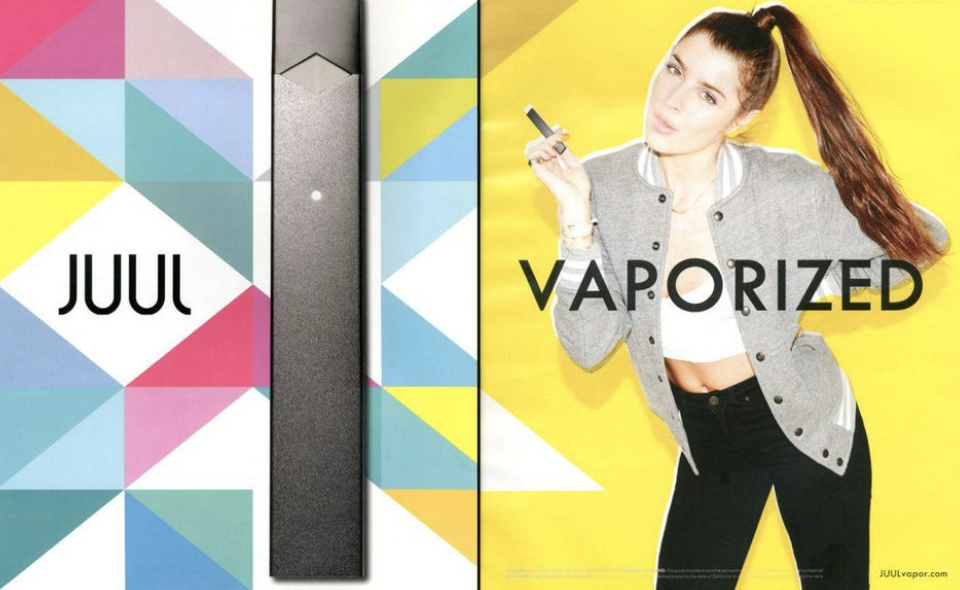 It underestimated the growing concern of the FDA and the agency’s then-commissioner, Dr. Scott Gottlieb, who by the fall of 2018 declared youth vaping an “epidemic.”

Indeed, that same fall, the agency gave Juul, along with numerous other vape makers, a deadline to submit “robust” plans to prevent youth vaping, and the FDA hasn’t since been satisfied by Juul’s purported efforts to pull its market away from teenagers. In fact, in late June, the FDA ordered Juul to pull its products from the U.S. market. It later suspended the ban while Juul appeals the decision.

Juul obviously hopes this enormous new settlement will help it regain the trust of regulators and to move forward. But even if the outfit — which sold 35% of its business to the tobacco giant Altria for $12.8 billion in late 2018 — dissolves into vapor under the weight of all these settlement agreements and unresolved lawsuits and continuing opposition, it’s seemingly too late to stop what Juul started.

In addition to others of Juul’s earlier rivals, a new product is now taking the market by storm. This time, it’s a disposable e-cigarette brand called Puff Bar. According to the WSJ, the two-year-old Los Angeles-based company overtook Juul a full year ago as the most popular e-cigarette among U.S. high-school students, many of whom are still puffing away.

Though about 20% of high schoolers said they had used an e-cigarette at least once in a 30-day period in 2020, based on a national survey conducted online, around 11% said in that same survey in 2021 that they used e-cigarettes at least once over the previous 30 days.

Astonishingly, Puff Bar features many more flavors than Juul ever did  — 16 in all — including banana ice, cool mint and strawberry.

Its ads are also eerily reminiscent of Juul’s early ads, portraying in one case a young woman obscured by smoke and, in another, encouraging users to take a “solo break” to “escape…from parental texts.”

Reportedly, Puff Bar has been able to sidestep the FDA because it says its nicotine isn’t derived from tobacco but relies instead on synthetic nicotine. Meanwhile, the FDA told the WSJ last fall that it’s considering how to handle the company and other makers of synthetic tobacco.

No doubt current and former Juul executives are watching with great interest to see what happens next.