The popular iOS and iPadOS app GarageBand will now include new remix sessions featuring songs from Katy Perry and the Korean boy band SEVENTEEN. Users will be able to download the remixes as soon as today but only on devices with GarageBand version software 2.3.12 or later.

The new, free downloads will include Perry’s “Harleys in Hawaii” and SEVENTEEN’s “Darl+ing,” and users will be able to access features already present in GarageBand to create new mixes and blends with the songs.

In addition to the creators’ own spin, the downloads will include in-app inspiration from the artists and video instruction from an Apple Creative Pro.

“We love sharing the music-making experience with our fans. We’ve used GarageBand for years, so it’s an honor to collaborate with Apple on our Remix Session in GarageBand,” said SEVENTEEN’s Woozi, in an Apple newsroom announcement. “Now our fans can create music the same way we do. We hope everyone will have fun remixing our song ‘Darl+ing’ with their own sense of style, and we can’t wait for Carats to share their final remixes with us and the rest of the world when they’re done.”

Although “Harleys in Hawaii” was released in 2019, the mellow pop single has garnered over 92 million views on its official YouTube video. “Darl+ing” is the boy band’s first English-language song, which was released earlier this year and has already received over 29 million youtube views. 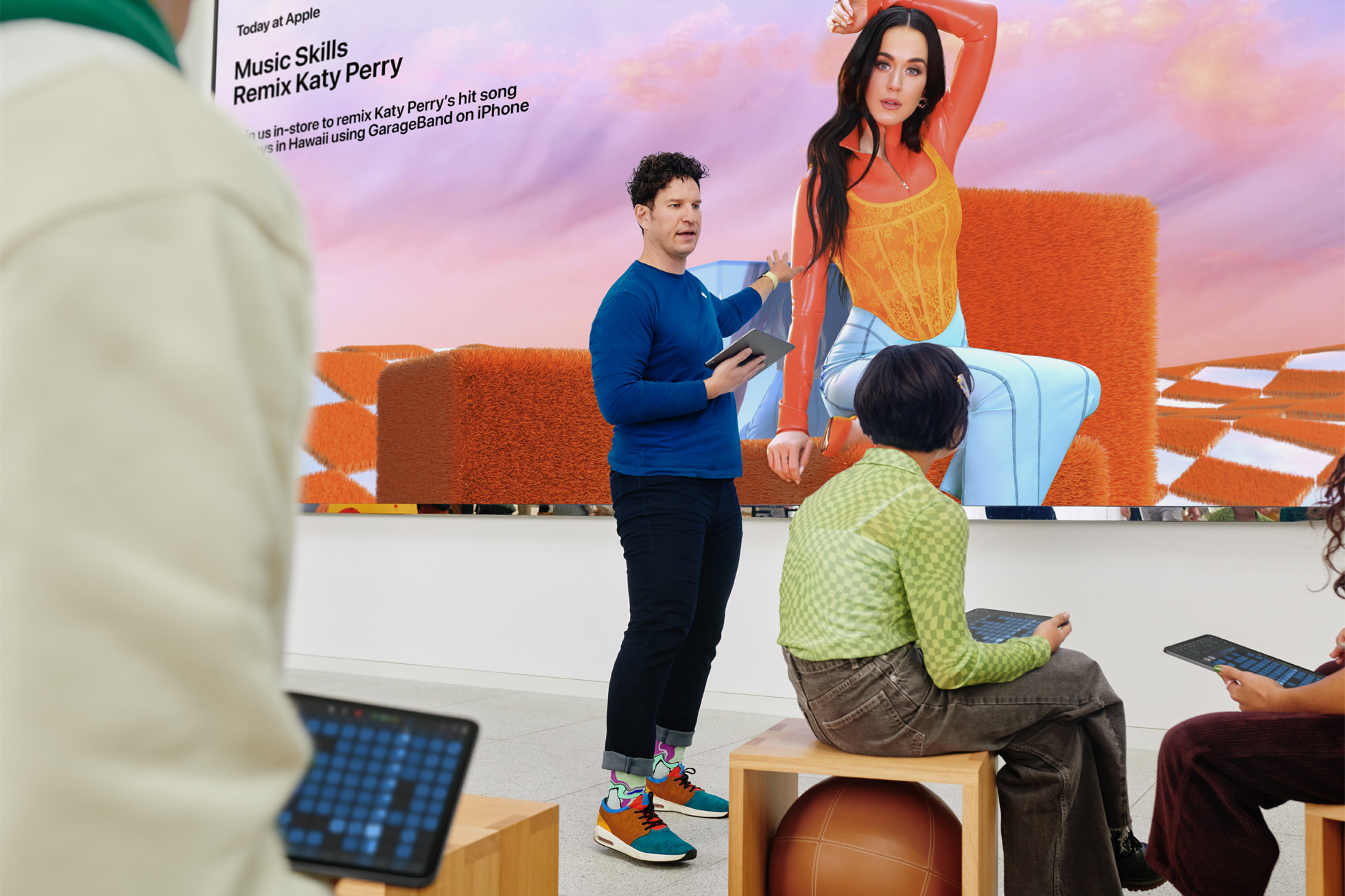 Users can access the sessions via the GarageBand Sound Library, in addition to free loops, sounds and instrumentals which can be used. The Live Loops interface and RemixFX (where the remixes can be changed) can allow for rearrangements, tempo syncs and filter placements to create a new sound.

Additionally, Apple is using the announcement to promote its new Music Skills: Remix Katy Perry as a part of the “Today at Apple” in-store sessions. The sessions will allow for in-person lessons and advice on content creation at select Apple Stores.

Past Remix Sessions have included artists like Lady Gaga, Khalid, Billie Eilish and others.

Those looking to attend an in-person session can look at Apple’s website for locations near them.