If you’ve ever Googled something only to be met with a little info box highlighting the top answer, you’ve encountered one of Google’s “featured snippets.” Featured snippets are the little bite-sized Google results the search engine packages up and delivers to the top of the page for many searches.

The problem with featured snippets is that, from a user perspective, these results appear to be extra trustworthy — they’re featured up at the top of the results page, after all. Since Google first introduced them years ago, they’ve only become more prevalent over time, but much like the rest of Google search results, the snippets are algorithmically populated not programmed by human curators.

Google says that it is rolling out an under-the-hood change that should improve the answers people see in these info boxes at the top of many results pages. According to Google, a new AI model called the “Multitask Unified Model” empowers its search ranking system to check its own work, in a way. The AI model accomplishes this by cross-referencing the top bolded text portion of a search snippet result against established high-quality search results to see if they are saying the same thing, even if they do it with different wording. 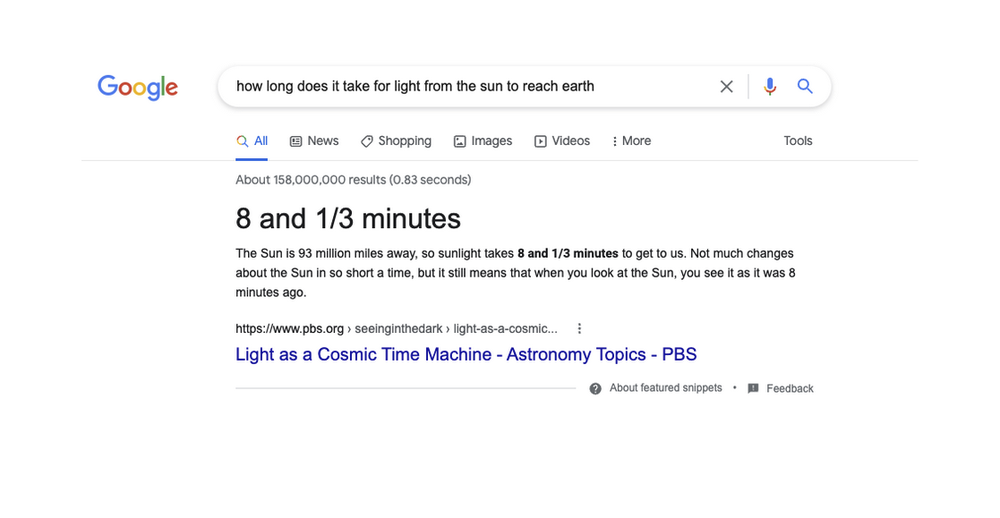 According to Google, another problem is that sometimes the search engine delivers reasonable-seeming answers to a search query that itself is flawed. Google’s latest AI model should also help its results ranking system figure out when displaying results in a snippet isn’t appropriate because the premise of the question is false. The company says featured snippets are now appearing 40% less in these instances.

“This is particularly helpful for questions where there is no answer: For example, a recent search for ‘when did snoopy assassinate Abraham Lincoln’ provided a snippet highlighting an accurate date and information about Lincoln’s assassination, but this clearly isn’t the most helpful way to display this result,” Nayak wrote.

Google also announced that it would be expanding its use of warning messages for searches that fail to produce results that the search engine has “high confidence” in. The company already uses those content advisories for emerging topics that lack established search results but says it will now deploy them in instances where the overall search results don’t meet its quality standards.