It’s not often you hear about African tech companies expanding into Europe. Some examples include fintechs Lidya and Korapay in Eastern Europe and the U.K., respectively. In the latest development, Bluechip Technologies, an African enterprise company that partners with international OEMs like Microsoft and Oracle and provides data warehousing solutions and enterprise applications to banks, telcos and insurance firms, is announcing its European launch.

The Nigeria-based systems integrator said the strategic expansion positions it as a “new competitive entrant in the EU market offering data warehousing and analytics products as well as highly experienced senior data engineers from its Nigeria team as consultants for European firms.”

Olumide Soyombo, one of Nigeria’s high-profile angel investors who launched Voltron Capital last year, started Bluechip Technologies in 2008 with Kazeem Tewogbade. The company specializes in data warehousing, analytics and enterprise systems for banks and telcos. Having launched with a ₦5 million (~$30,000 at the time) seed investment from Soyombo’s father, Bluechip Technologies has grown to employ nearly 200 consultants and expanded across other African markets such as Kenya, DRC Congo, Zambia and Ghana. Some of its clients have pan-African and global reach, including FirstBank, MTN, 9mobile, Lafarge, GTBank and Access Bank.

Bluechip’s data warehouse product collates data from disparate sources, translating them into information that gets businesses to understand trends such as customer lifetime value, churn and business analytics on gathered data. Telcos also use its simplex voucher management system to create airtime vouchers.

With its recently launched Primo Academy, a pipeline six-month program of data professionals (sort of like an Andela-esque model) for itself, local and international partners, Bluechip Technologies is also one of the few African tech companies focusing on training and placing data professionals.

According to Soyombo, the post-pandemic trend in remote working, a critical shortage of tech talent and an increase in demand for managing data more efficiently present a great opportunity for his company to deliver specialized services in Europe (recent research projects the region’s big data and business analytics market size to hit $105 billion+ by 2027). Also, the company, having delivered — in partnership with international OEMs — a range of enterprise tech infrastructure solutions in the African market, thinks it can do the same in Europe and plans to target the telco and banking sector from its Ireland base.

“We built this core enterprise business application for banks and telcos and the talent pool to address these needs. The whole play here is to be that systems integrator provider to the EU market. The pandemic has accelerated the need for that global flat workspace, and how to place those engineers while working with our partners like Oracle and Microsoft, and to do this cheaper than India or Eastern Europe,” said Soyombo.

Richard Lewis will lead the European expansion as CEO of Bluechip EU Subsidiary. He was the CEO of Business Logic Systems, a Bluechip partner based in the U.K. In 2017, Business Logic was acquired by Ireland-based Evolving Systems, a provider of software for connected mobile devices to over 100 network operators across 60+ countries; Lewis was the company’s senior vice president of global sales until this year. His experience will prove vital in placing Bluechip’s data engineers and IP-packaged products (including its newly launched customer data management and cash management solutions) with European partners.

“Richard has a good feel of the market. He has seen some of the initial requirements from customers that can make him say, “hey, if this is how what you’re paying for a developer in India, we can give you an equally quality developer for 20-30% less this price. And that’s the target that we’re pursuing,” Soyombo said. 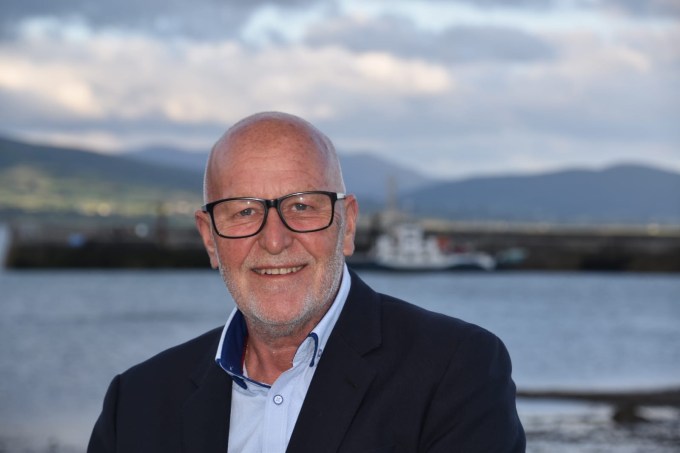 Bluechip’s growth over the past decade has almost mirrored the development of the African tech ecosystem and similar businesses in the same time frame despite the company not being venture-backed (its business is such that VC money isn’t necessarily required to scale). For instance, when Andela launched in 2014, it only had physical hubs in Nigeria, Kenya, Rwanda and Uganda to source, vet and train engineers to be part of remote teams for international companies. However, after going fully remote, the unicorn saw a 750% increase in applicants outside Africa as it expanded to over 80 countries.

Ultimately, Bluechip, which operates the Andela-esque model for one of its services, plans to become a legacy multinational information technology services and consulting company like India’s Tata Consulting and Tech Mahindra. In 2014, the company clocked about $5 million in revenue. Last year, it generated almost $50 million. With its pan-African and global expansion plans, Soyombo predicts that the company’s revenues might hit $250 million in five years. “We want to try it out on the EU market and see how it works. The plan is also to expand further elsewhere like French-speaking Africa and possibly North America,” said the co-founder and investor.