The idea of corporate gifting to maintain client relationships isn’t a novel concept. In fact, there’s a cottage industry of “gifting-as-a-service” startups that promise to streamline the task, ranging from companies such as Reachdesk and &Open to Sendoso and Goody. Vendors claim their industry is a profitable one (worth an estimated $258 billion) because the evidence suggests corporate gifting works. One study found that 66% of people who received a promotional product or gift could recall the brand that sent it, and 79% would be likely to do business with the company again.

But according to Rabi Gupta, the co-founder of Evabot, there’s “a lot of clutter” in the corporate gifting space. He argues that many vendors do little more than send company-branded swag like T-shirts and thermoses, which don’t exactly foster loyalty. In one recent survey, companies cited the inability to purchase from multiple brands, managing inventory and storage, and the limited range of products as their top challenges where it concerned gifting.

Evabot itself is a vendor. But Gupta asserts that the company’s AI-driven approach, which uses a chatbot to poll potential gift recipients about their likes, preferences and lifestyles to personalize presents, is more effective than most.

Investors agree. Today, Evabot announced that it raised $10.83 million in a funding round led by Comcast Ventures with participation from Alumni Ventures, Bloomberg Beta, Precursor Ventures, Forefront Venture Partners and Silicon Valley Bank. Gupta said that the proceeds will be used to scale Evabot’s operations, product development and growth, as well as its investments in AI to build “fully automated” gifting experiences.

“Every enterprise wants to really ‘know’ their customers and employees so as to be able to create thoughtful experiences and touch points. Every enterprise cares about building relationships but they need to do that at scale,” Gupta told TechCrunch via email. “Since most of us are remote now, businesses need a better way to connect with their customers and employees.” 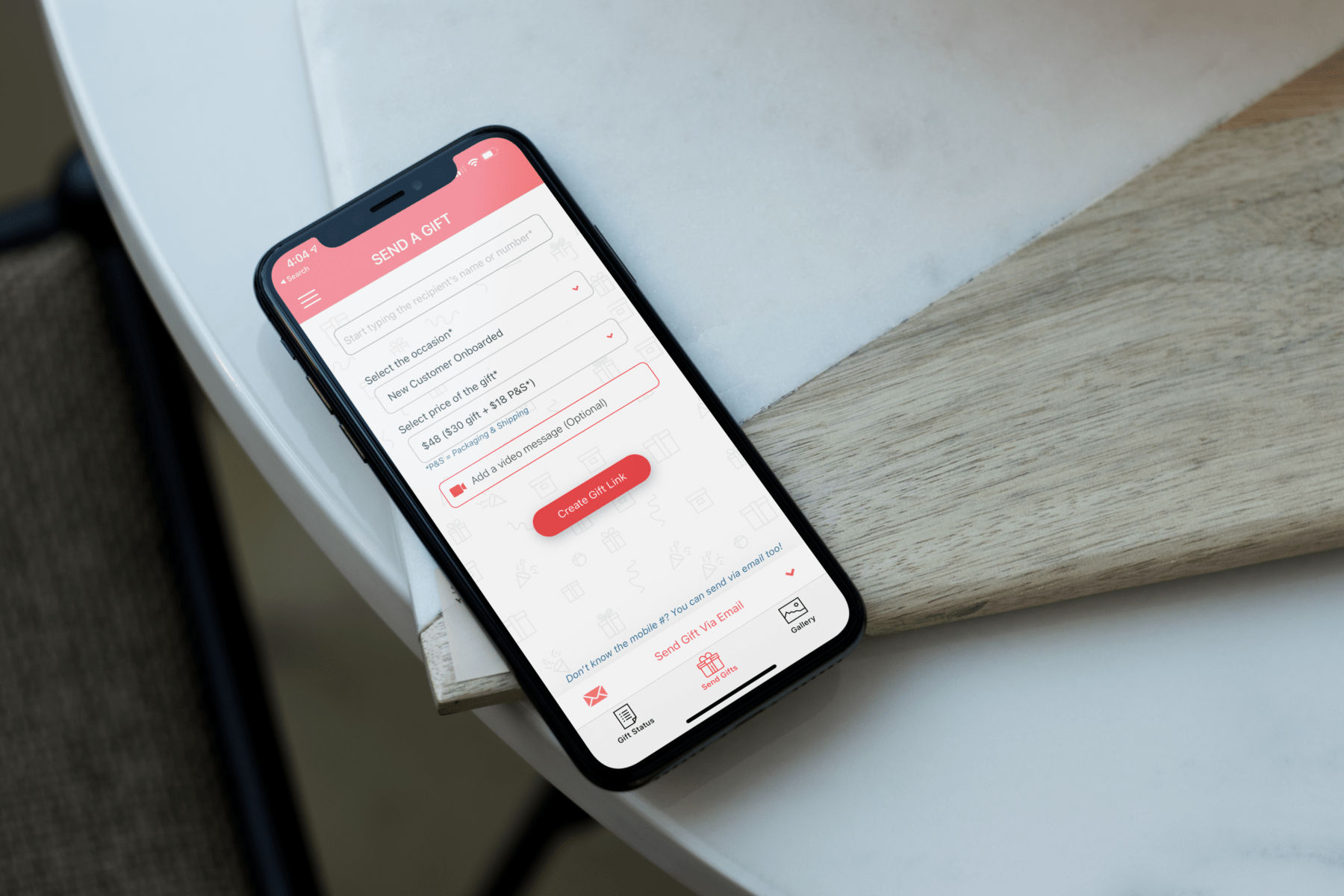 Gupta co-launched Evabot, which previously went by the name Vizzi, in 2016 with Satwick Saxena, Ashish Kumar and Akshay Gupta shortly after they immigrated to the U.S. Prior to Evabot, Rabi Gupta, Kumar and Akshay Gupta worked together at India-based iCouchApp, a social app for discussing TV shows and channels.

Like other corporate gifting platforms, Evabot provides an array of gifting services ranging from holiday and birthday gifts to employee onboarding items. To autofill details like names and contact information, Evabot connects to customer relationship and HR systems like Salesforce and Workday. Once recipients finish a questionnaire sent via the aforementioned chatbot, Evabot automatically selects and mails the gift — complete with a handwritten note.

Evabot rival Alyce uses AI, too, to plug into various apps and track relationships to personalize gift recommendations. But Rabi Gupta says that Evabot leverages AI in a variety of ways, not just for gift suggestions.

“[Gifts are] picked by our AI based on the data collected and attributes like past gift ratings, weather in a location, gift budget, and more,” Rabi Gupta said. “[To create the] personalized note that’s added to every gift, we use the data collected by our AI and the natural language generation tool GPT-3. Evabot also collects birthdays from the gift recipients, and then data like this becomes a trigger for the sender to send another gift or a thoughtful note or email.”

Rabi Gupta tells TechCrunch that the business model is a combination of software-as-a-service subscriptions and per-gift revenue. It’s pricing that’s proven attractive — Evabot has shipped more than 125,000 unique gifts to date for over 1,000 customers, including health services giant Cigna. Most of the gifts come from “artisanal” direct-to-consumer brands and local vendors, Rabi Gupta says.

But what of future growth? The corporate gifting market had a rosy outlook as of 2020, when a poll found that 54% of companies planned to increase their investment in gifting over the next two years. Despite Rabi Gupta admitting that he’s seen a “slowdown,” Evabot’s co-founders believe the company is in a position to perform despite the headwinds.

“There is definitely some short-term slowdown [in the corporate gifting space] since companies are slowing down hiring … But overall, we are seeing very strong interest from enterprises who care about long-term relationship building,” Rabi Gupta said. “Before raising our Series A, we were profitable. Right now, we have two years of runway, and the idea is to get to profitability and scale 4x within the next 18 months.”

Evabot has raised a total of $13.83 million in capital to date, which includes a previously undisclosed $3 million seed round. The company employs 60 people across offices in San Francisco, Dallas, and cities in Canada and India, a headcount Rabi Gupta intends to grow to 70 by the end of the year.