Facebook is revamping its main news feed and launching a new “Feeds” tab where users can see posts from their friends, groups, pages and more in chronological order, Meta CEO Mark Zuckerberg announced today. The Feeds tab won’t show any “Suggested For You” posts. Zuckerberg also announced that “Home” is the new name of the tab you first see when you open Facebook. The Home feed is where you will see TikTok-like personalized recommendations for Reels and Stories. The two tabs will be accessible from both the iOS and Android versions of the Facebook app.

“One of the most requested features for Facebook is to make sure people don’t miss friends’ posts,” Zuckerberg said in an announcement post. “So today we’re launching a Feeds tab where you can see posts from your friends, groups, Pages and more separately in chronological order. The app will still open to a personalized feed on the Home tab, where our discovery engine will recommend the content we think you’ll care most about. But the Feeds tab will give you a way to customize and control your experience further.” 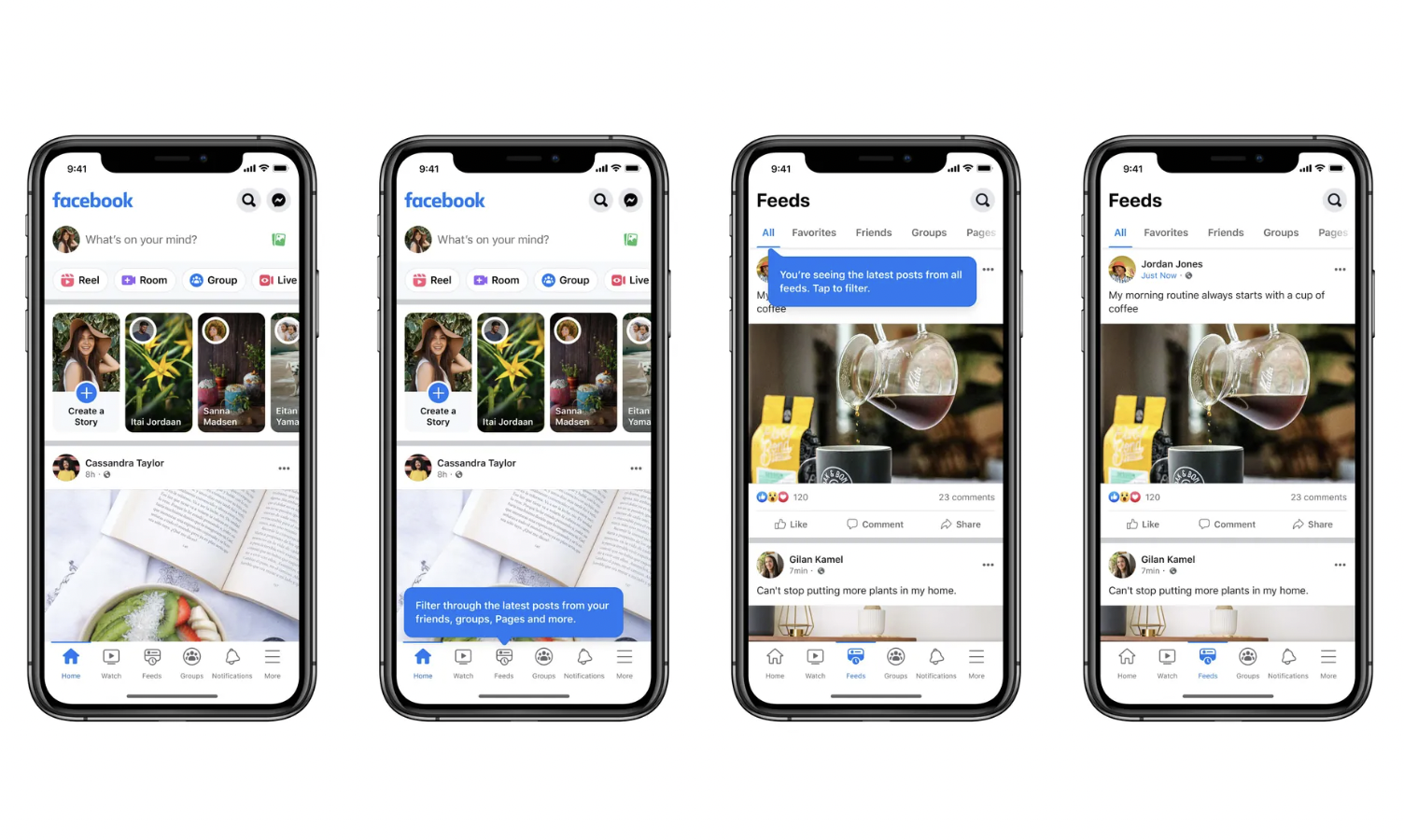 Facebook differentiates between the two feeds by noting that Home is a discovery engine for you to find new content and creators through algorithmic recommendations, whereas the Feeds tab provides an easy way to access content from the people and communities you’re already connected with on Facebook.

It’s worth noting that there may be some overlap between the two feeds, as Facebook says some of your friends’ posts may still appear in the Home tab, and that the Feeds tab will feature some ads as well.

The new Feeds tab is a return to Facebook’s basic social media experience where your feed is mainly focused on activity and posts from your friends and groups. However, the revamped Home feed shows Meta’s continued desire to chase TikTok, which is its current biggest threat. Given the fact that the algorithmic Home feed is what users will see when they first open the Facebook app, it’s easy to see where Meta’s priorities lie.