With Snapchat for Web, you can send messages and snaps, and also chat via video and regular calls. Snapchat for Web also allows users to take advantage of messaging features available on mobile, including chat reactions. Snap says it plans to bring its Lenses feature to video calls in the future.

To access Snapchat for Web, users need to head to web.snapchat.com and log in with their Snapchat username and password. From there, you’ll be prompted to complete two-step verification on your phone by default. Once you open Snapchat for Web, you can continue your conversations from where you left them on mobile. When you’re using Snapchat via a desktop, your Bitmoji will appear in chats with a laptop to indicate to others that you’re accessing the chat via Snapchat for Web. In addition, the web experience includes a privacy screen that hides the Snapchat window if you click away for another task. 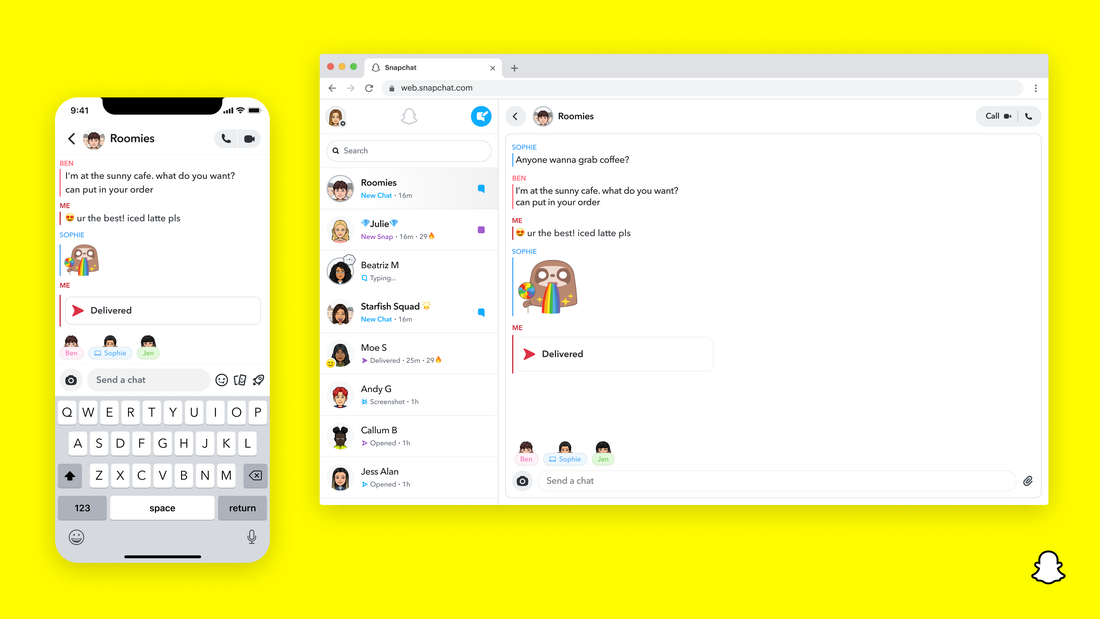 Similar to the app experience on mobile, messages that are sent via Snapchat for Web will be deleted automatically after 24 hours. The company also says Snapchat for Web will prevent people from taking screenshots. However, Snap is aware that people can still take a picture on the screen from their phone, noting that the product isn’t perfect.

In a briefing with reporters, a Snap spokesperson said the average caller on Snapchat spends more than 30 minutes a day on calls. Despite still seeing itself as a mobile-first platform, Snap says it decided that it was time to bring Snapchat’s core features to the web after listening to feedback from users.

“With so many in our community spending more time online, whether it is for remote learning or working, streaming or just plain browsing – we saw a huge opportunity to make it easier for our community to stay connected throughout their day, and we cannot wait to bring our favorite fundamental Snapchat capabilities to the web,” the company notes. 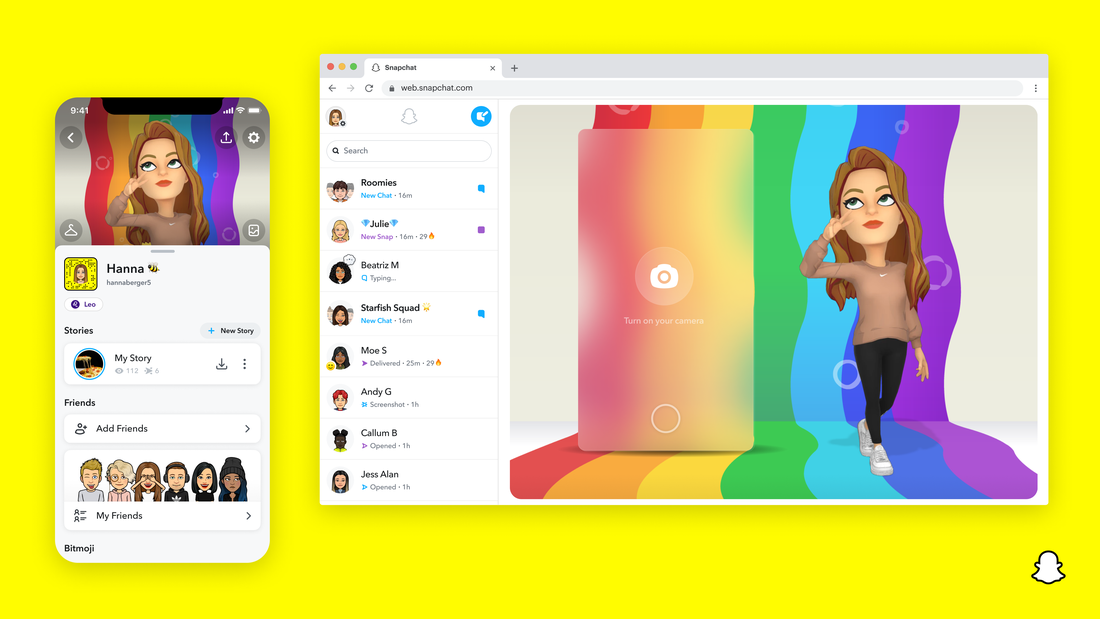 For now, Snap is focused on bringing the app’s core features to the web and will build out the experience from there. The company plans to bring the app’s other features, including viewing Stories and Memories, to its desktop experience in the future.

Snap officially launched its paid subscription plan, Snapchat+, two weeks ago to offer users exclusive features, such as the ability to change the app’s icon and see who has rewatched your Stories. The subscription costs $3.99 per month and unlocks a special badge, the option to pin a friend as your No. 1 friend, and the ability to see “the general direction of travel for where friends have moved recently.” The company says that the last feature is only available if your friends have already consented to share their location.

The launch of Snapchat for Web and Snapchat+ comes as the social media platform has been looking to better compete with TikTok and Instagram, both of which can be accessed via the web and offer subscriptions to some extent.