The TikTok threat to Google’s business isn’t just limited to YouTube, as it turns out. Core Google services, including Search and Maps, are also being impacted by a growing preference for social media and videos as the first stop on younger users’ path to discovery, a Google exec acknowledged today, speaking at an industry event.

Senior Vice President Prabhakar Raghavan, who runs Google’s Knowledge & Information organization, referenced the popular social apps in a broader conversation at Fortune’s Brainstorm Tech conference about the future of Google’s products and its use of AI.

In a discussion about the evolution of search, he somewhat offhandedly noted that younger users were now often turning to apps like Instagram and TikTok instead of Google Search or Maps for discovery purposes.

“We keep learning, over and over again, that new internet users don’t have the expectations and the mindset that we have become accustomed to.” Raghavan said, adding, “the queries they ask are completely different.”

These users don’t tend to type in keywords but rather look to discover content in new, more immersive ways, he said.

“In our studies, something like almost 40% of young people, when they’re looking for a place for lunch, they don’t go to Google Maps or Search,” he continued. “They go to TikTok or Instagram.”

The figure sounds a bit shocking, we have to admit. Google confirmed to us his comments were based on internal research that involved a survey of U.S. users, ages 18 to 24. The data has not yet been made public, we’re told, but may later be added to Google’s competition site, alongside other stats — like how 55% of product searches now begin on Amazon, for example.

While older internet users may not be able to wrap their minds around turning to a social video app to find a restaurant, this trend could cut into Google’s core business of search and discovery over time — not to mention the ads sold against those sorts of queries. While younger users may eventually launch some sort of maps app for navigation purposes, this data indicates they don’t necessarily start their journey on Google anymore. That means all the work Google did over the years to organize, curate and recommend various businesses — such as local restaurants —  or its creation of discovery tools inside Google Maps — could be lost on these younger internet users.

Raghavan also explained how younger people were generally interested in more “visually rich forms” of search and discovery, and that wasn’t just limited to where to eat.

He pointed out that the young people coming online today had never seen a paper map (oof, way to make us feel old!), but maps products have been designed to look like a paper map that’s been “stuck on the phone.” This doesn’t meet younger users’ expectations and is the wrong experience to offer them, he said.

“We have to conjure up completely new expectations and that takes altogether new … technology underpinnings,” Raghavan noted.

For instance, Google Maps is now incorporating augmented reality to help users position themselves in their environment, instead of forcing users to figure out which way to go based on a blue dot flashing on the screen. The company also recently announced other improvements to Google Maps at its developer conference Google I/O, where it showed off new 3D modes and immersive views, among other things, that also make Maps less like a digital form of a paper map.

Raghavan also suggested younger people’s demand for visual content will change Google Search. He believed this is part of Search’s ongoing evaluation, however. Previously, he explained, web users would type in a couple of basic keywords into a search engine to get a list of blue links in return. Later, search engines became capable of understanding natural language and then added capabilities for handling voice queries. In some countries, voice now drives 30% of all queries, the exec noted, as new internet users didn’t even bother with typing.

Today, Google is looking toward combining images and text as it imagines a future where users could hold up their phone — or perhaps wear AR glasses — to start a search based on what they see.

In the meantime, however, Google has to contend with no longer being some users’ first stop when they’re looking to discover new places or information.

This trend, in fact, was becoming so pronounced that the tech giant confirmed last fall it was working on deals that would allow it to index Instagram and TikTok videos in Search. You can see some of this progress already — search for a keyword followed by the word “TikTok” and Google will return rows of results of TikTok videos before you’ll see any standard webpages. 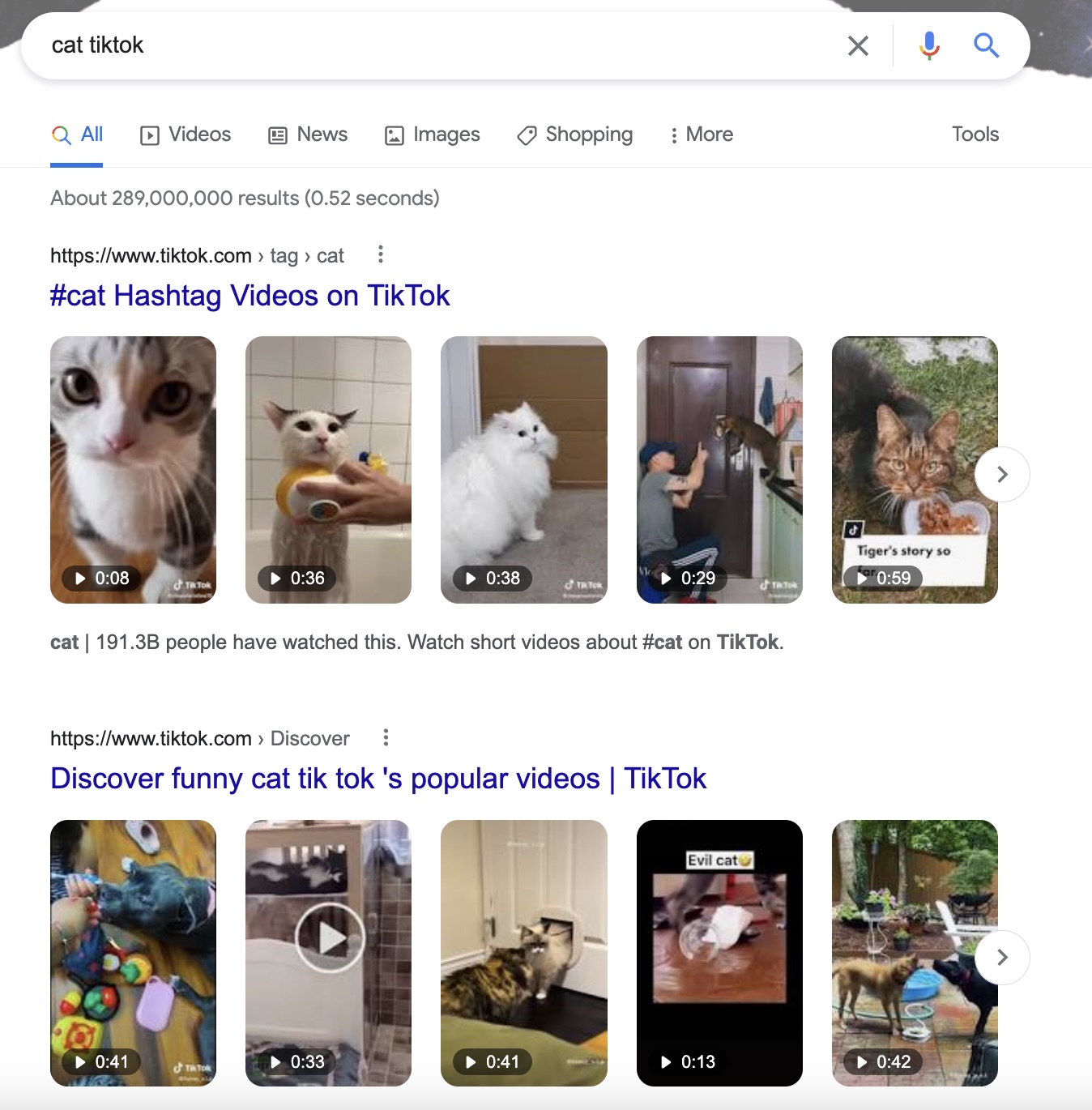 But Google has also begun to leverage AI to analyze videos on the web and direct users to richer search results, Raghavan said.

For example, if you search how to change a tire on Google, it will now show you video results. And now, Google is able to use AI to analyze the parts of the video, so users can jump to the location where it explains how to loosen the lug nuts or raise the jack. The company is working to make its analysis and understanding of video to be on par with documents, Raghavan said.

But, he added, “getting that level of deeper understanding is a journey we’re still on.”