It’s been a good couple of years for robotics and automation startups. With all of the successful funding and launches, it can be easy to lose sight of just how difficult running a robotics company can be. Perhaps it shouldn’t be all that surprising that Chowbotics is shutting down, but it’s impossible not to contrast the recent news with the hopeful tone the company struck with its February 2021 acquisition by DoorDash.

On its homepage late last week, Chowbotics announced that it would be closing its doors for good, stating, “DoorDash has made the decision to cease operations of the Chowbotics business.” It goes on to offer some guidance for those partners currently in possession of the company’s salad-making robot, Sally. 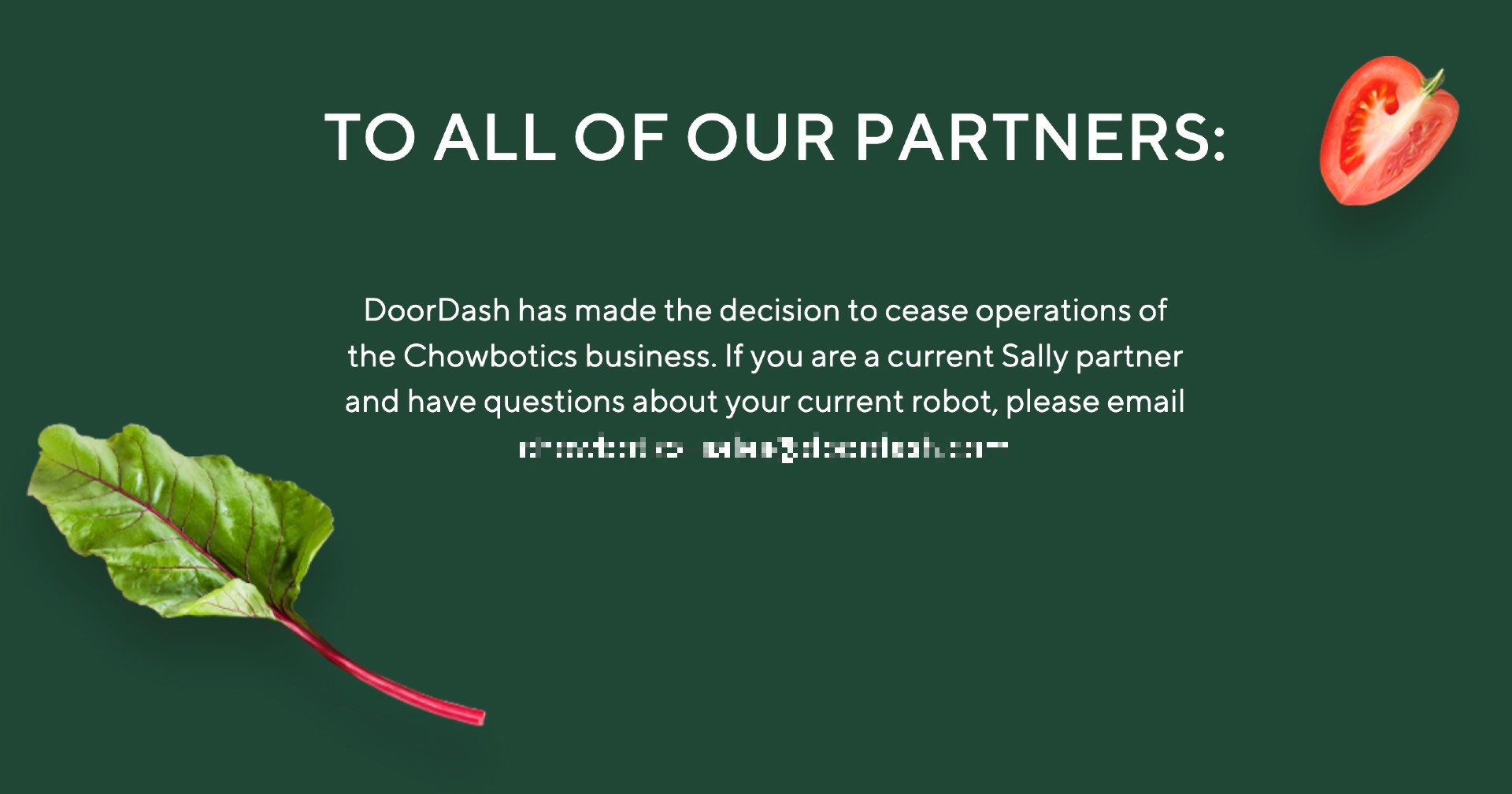 DoorDash confirmed the news in a statement offered to TechCrunch, noting:

We have decided to cease operation of the Chowbotics business, effective August 31st, 2022. At DoorDash, we create an environment to build new products and set high standards to determine when to scale, continue, or cut back investments. We’re always looking for new ways to serve our merchants, exceed consumers’ increasingly higher expectations, and complement our logistics infrastructure.

It seems likely Chowbotics’ robotic kiosks just weren’t the right fit for the food delivery service. DoorDash was flying high amid pandemic-fueled deliveries when it made the acquisition, and perhaps ultimately thought better of expanding its footprint. Unfortunately, Chowbotics is a casualty of that decision-making a mere 17 months after the deal was announced. 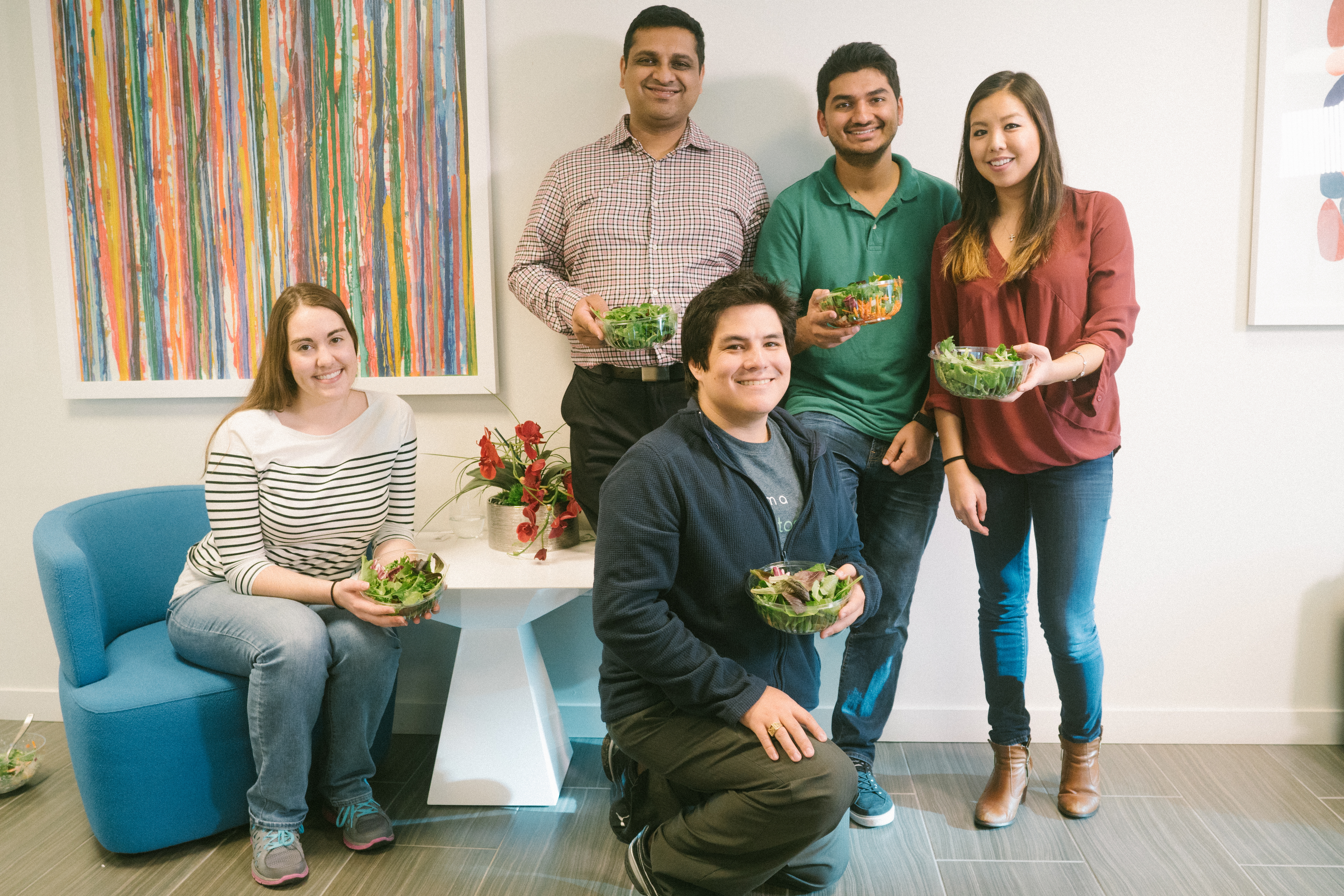 Early employees of Chowbotics with salads made by Sally, the food service robot. Image Credits: Chowbotics

“Joining the DoorDash team unlocks new possibilities for Chowbotics and the technology that this team has built over the past seven years,” Chowbotics CEO Rick Wilmer said at the time. “As the leader in food delivery and on-demand logistics, DoorDash has the unparalleled reach and expertise to help us grow and deploy our technology more broadly, so together, we can make fresh, nutritious food easy for more people.”

Wilmer stayed on as head of Chowbotics for DoorDash, following the acquisition. The parent company had ambitious plans to expand Sally’s footprint, but the late-August timeline appears to mark the end of life for eight-year-old robotics firm. No coincidence that EV charging network ChargePoint announced this morning that it has brought Wilmer on as chief customer and operating officer.