Despite the name change and metaverse hyperbole, Facebook has always been at the center of the Meta suite of software for users engaging with its wider ecosystem. While that may continue to be the case indefinitely, it’s clear the company is taking steps to ensure that its next swath of users aren’t tied to a network that may still pay the bills but isn’t where the company sees its reinvention.

This change addresses the concerns of some VR users who complained about various quirks of relying on a private social media profile login to play video games. While plenty of users were concerned by privacy implications, others were frustrated by more organizational issues related to combining the two accounts with separate friends lists, settings and rules.

By the beginning of next year, Meta accounts will be the standard login for VR users. 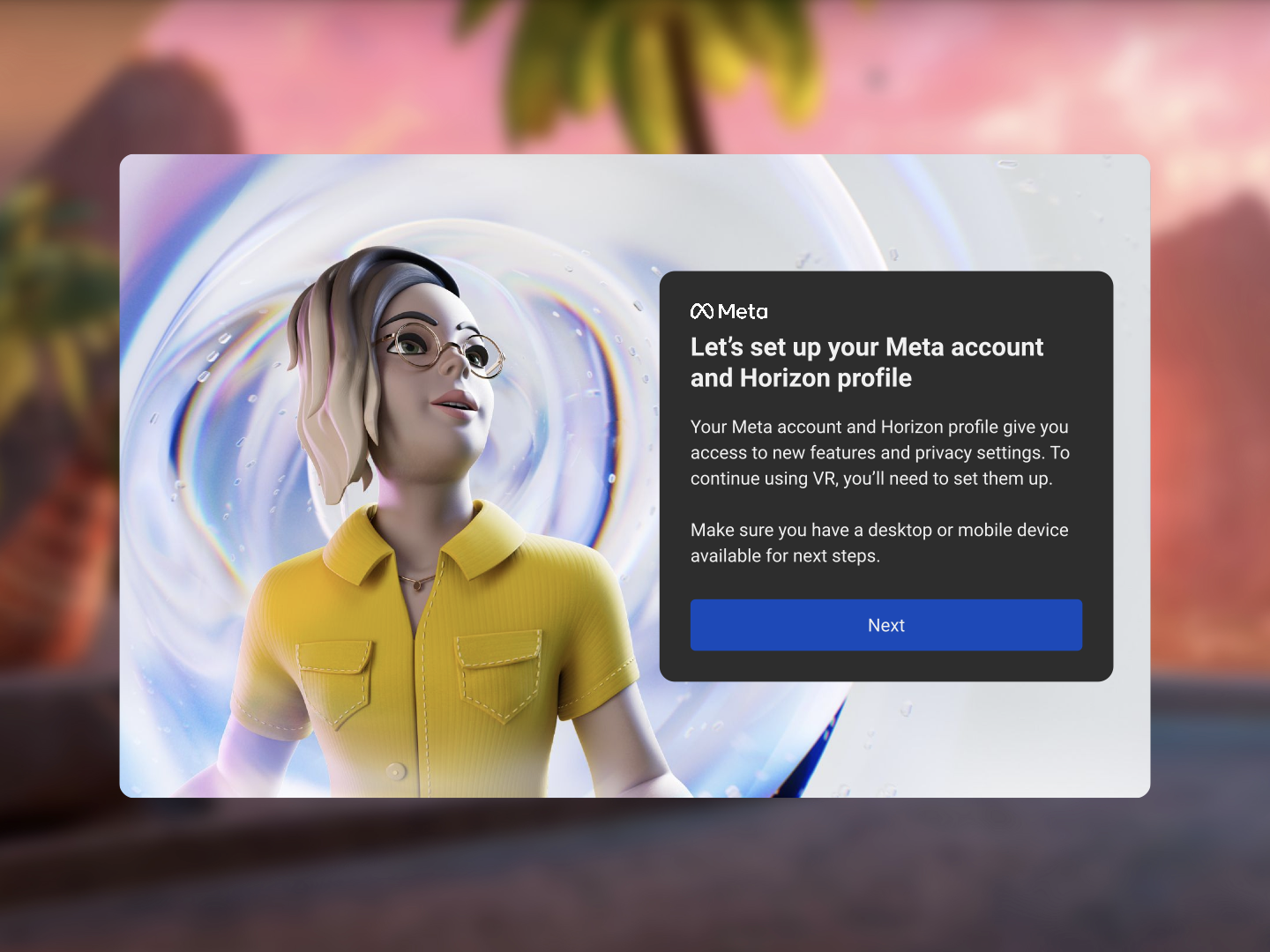 With the new system, VR users will sign up for a Meta account and a “Meta Horizon Profile” that will replace the Oculus account and be a home for things like the user’s avatar and username, which they will use across the Quest ecosystem. Most interesting about this change is that Meta is going from a “Friends” to a “Followers” model with the Horizon profile, it’s worth noting that new Meta accounts for minors ages 13 through 17 will still be private by default. Meta’s efforts to bring TikTok-like functionality to Facebook and more amateur creators along with it have been hampered by a dominantly private account network. If the company can get new users to opt to public by default from the very beginning, the company will have much wider options in the content they serve up over time.

For the time being, the scope of Meta accounts appears limited to VR logins, but it’s clear that the company has wider interest in jettisoning Facebook from the center of its user-facing world.

Update 12:00 pm PT: A previous version of this story stated that the new privacy model will default to “public” but the company says new accounts will default to a “Friends and Family” mode. TechCrunch regrets the error.