Virgin Galactic is gearing up to take more tourists to the edge of space, working with Boeing to build two new “motherships” that will take the rocket-powered spaceplanes to launch altitude. It’s all part of the plan to hit 400 flights a year: every day and twice on Sundays, perhaps.

VG’s approach, which has been performed a few times with test crews and founder Richard Branson himself aboard, has the spacecraft strapped to the belly of a larger, custom aircraft, which gives the former a running start and skips the necessity of rocket acceleration through the densest part of the atmosphere.

Though the VMS Eve is certainly an interesting aircraft involved in a distinctly futuristic endeavor — namely, space tourism — it has been in service since 2008. While its limited flights have hardly made a dent in its lifetime, the intervening years have led to numerous improvements and efficiencies that can be built into successor craft, and the time has come to build them in preparation for commercial operations.

To that end VG has tapped Aurora Flight Sciences, a Boeing subsidiary originally focused on cutting edge autonomous aircraft, to build two of these production models by 2025. It’s a bit odd, since Aurora’s experience is primarily with building smaller UAVs, not enormous and unusual craft like these, but the company has probably integrated more than a little Boeing DNA since its acquisition in 2017.

These new craft are an “an evolution, rather than redesign” of Eve, a VG representative said, and will not bear a new designation (technically Eve is a WhiteKnightTwo model, an evolution of the White Knight One designed by Burt Rutan years earlier).

That explains why the CG render of the new craft is structurally identical the old one, though it’s unclear why it looks like they drew it in SketchUp: 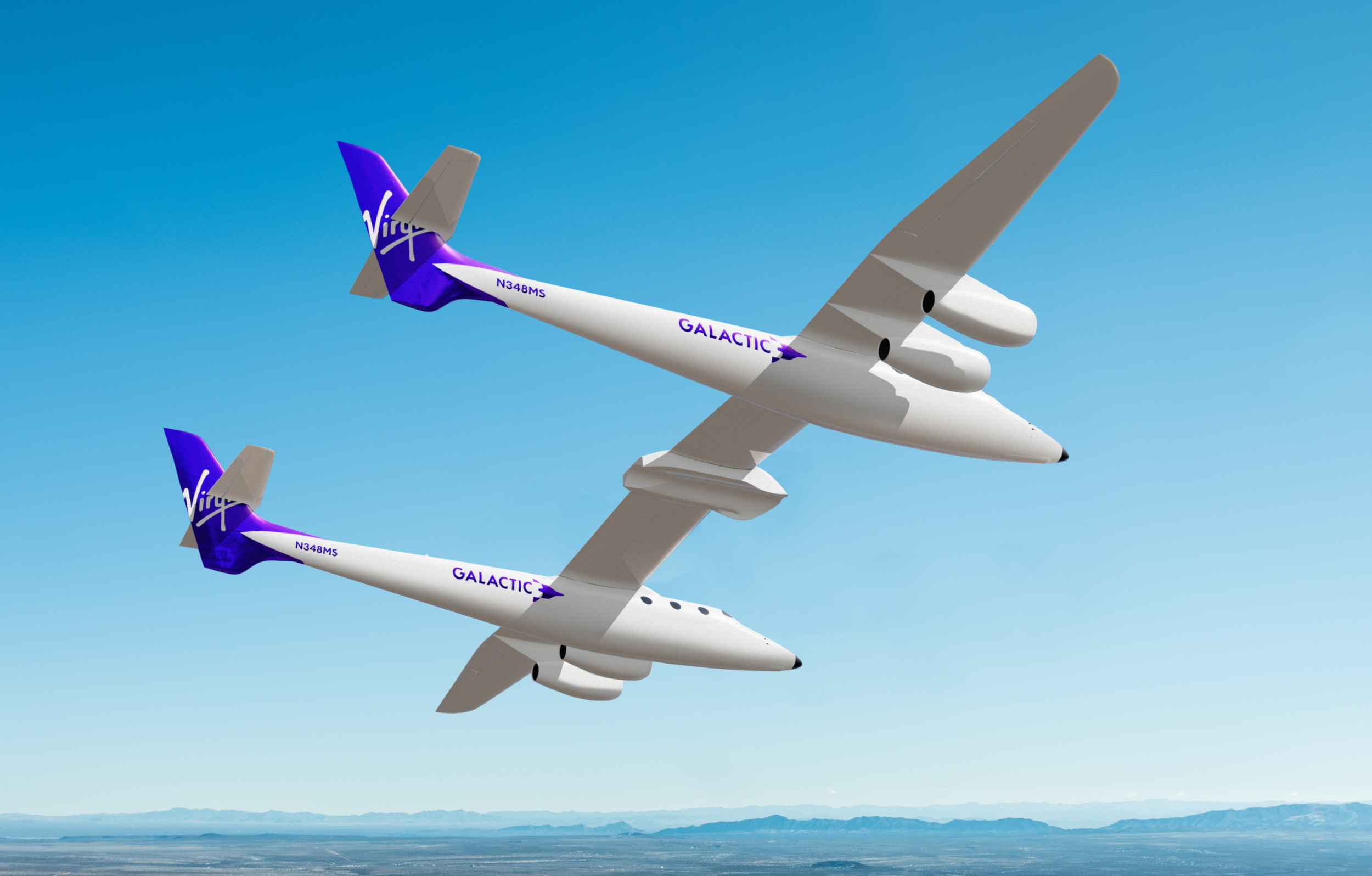 In a press release, CEO Michael Colglazier said the new aircraft will be “faster to produce, easier to maintain and will allow us to
fly substantially more missions each year.” This echoes the improvements being made to the spacecraft, which VG president Mike Moses described last year as more focused on smoothing out commercial operations than improving performance or “fixing” anything.

Though I asked, it remains unclear on what designation the new craft will have — it seems to be unsettled for now and will be revealed only when the craft themselves are rolled out. It’s not necessarily important, but good to know whether these will be something like WhiteKnightTwoPointOne or WhiteKnightThree. Probably neither.

The intention of these production models is getting to the target of 400 flights a year, a goal that’s unreachable with the test fleet. Thousands of seats per year means prices drop, though it’s still probably a while before ordinary folks can go to space instead of renting a cabin for the weekend.