Just about every electronic contraption you care to think of contains at least one printed circuit board (PCB), which serves to house and connect the various components that allow the device to function as a whole. While circuit boards are mostly invisible to end users, they are foundational to the world they inhabit, powering smartphones, automobiles, microwave ovens, garage doors and the entire connected world.

Thus, the global PCB market is big business, expected to grow from a $60 billion industry in 2020 to $75 billion by 2027. And it’s this sector that Germany-based Celus wants to capitalize on, with an automated platform spanning the whole circuit board design process, from ideation to PCB.

To accelerate its mission to “automate electronics design,” Celus today announced it has raised €25 million ($25.6 million) in a Series A round of funding.

So, what exactly is the scale of the problem that Celus is setting out to solve?

Designing a PCB from scratch involves the engineer having to come up with the concept of the initial circuit diagram, based on the components that are needed to power the final product, be it transistors, resistors, capacitors, fuses, sensors, batteries, diodes and all the rest. The problem is that there may be millions of different components to choose from, of different sizes and specifications from thousands of manufacturers. Thus, selecting the right components for the job, at the right price and availability, can be an incredibly labor-intensive manual process, involving multiple disciplines from across the company working in tandem to peruse thousands of datasheets and identify the right components.

Only then do engineers begin drawing the actual circuit diagrams to bring all the components together, which eventually will find their way onto the final PCB. But if you think that’s the end of the process, you might be mistaken. Companies often have to redesign their circuit boards if certain components (such as chips) become difficult to procure, a particularly common problem in the post-pandemic supply chain, which can mean engineers must return somewhere to the vicinity of square one with their design.

“Replacing an unavailable component with a similar component is in theory possible, but this results in a time-consuming and expensive redesign of the electronic circuit and the PCB,” Celus CEO and co-founder Tobias Pohl told TechCrunch. “With the Celus automation platform, such a redesign process is handled in a matter of minutes.”

Celus has built a platform that provides engineers with component data from electronics manufacturers, while adding its own special automation sauce to the mix. Indeed, Celus automates many of the manual processes involved in circuit board design, including generating schematics — a conceptual drawing of how parts will connect — and creates a PCB “floorplan” that shows where each component should be placed on the circuit board.

“Our design canvas provides the drawing board to capture the product concept, and from there automatically generates the circuit diagram,” Pohl explained. “Components are selected based on their best fit to the requirements and the automation even generates the initial PCB. Engineers save a massive amount of time through this, meaning they can experiment, try different things and be creative.”

So with Celus, users simply describe their requirements, which are then automatically matched to a library of components to find the best solution. And this is where Celus strives to differentiate from other AI-powered PCB players — it prioritizes components selection and schematics design, and makes it all available in a user-friendly GUI. 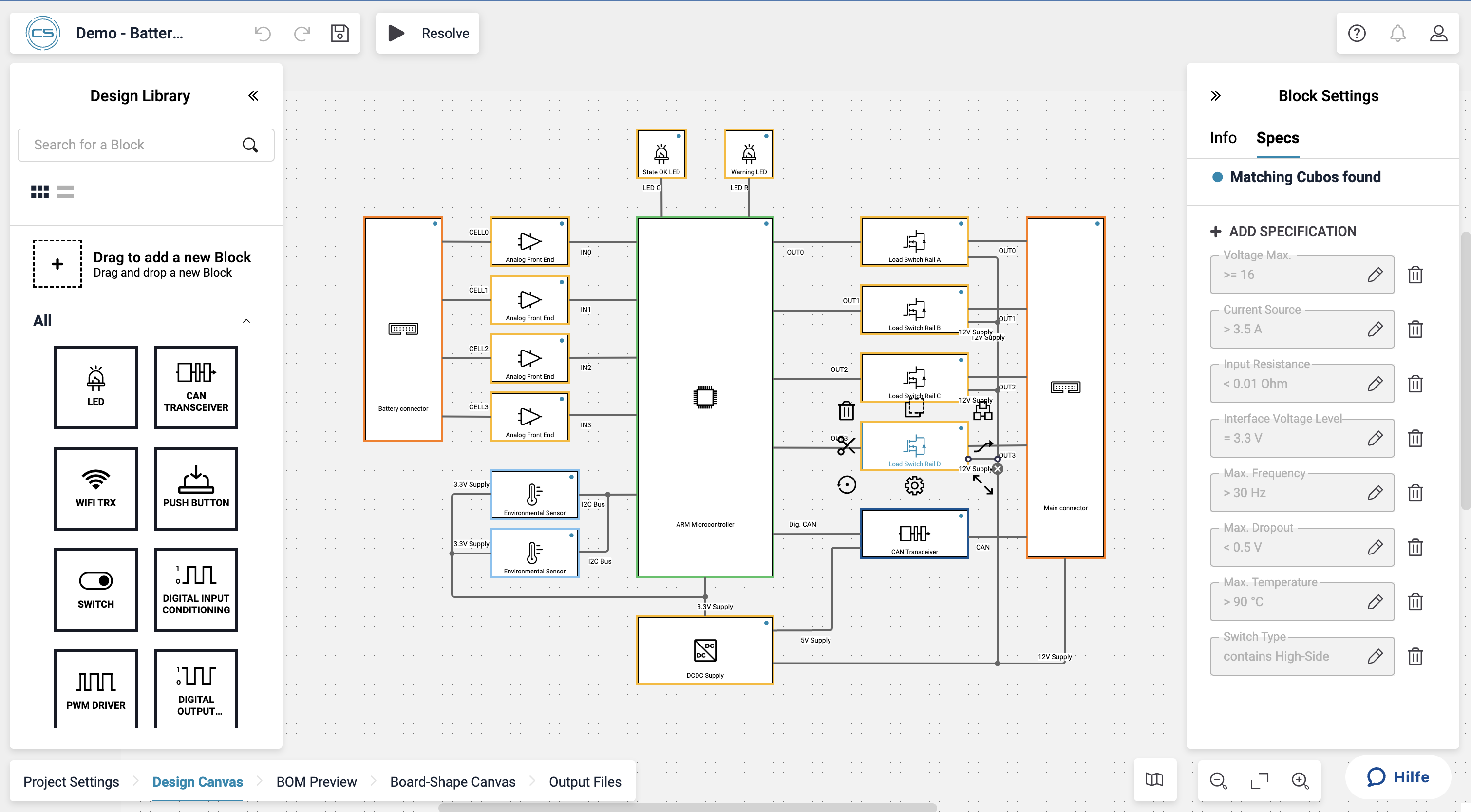 AI is used not only in the design of new circuit boards, but during the process of extracting information from existing unstructured data sources — for example, when engineers upload schematics and PCB layouts into Celus, algorithms interpret the information inside these files to make predictions.

“Traditionally, humans have had to consume and interpret many files used in circuit board design, but AI can make that type of data truly digital and interpreted by machine learning,” Pohl added.

It’s also worth noting that Celus can either be used as a standalone system, or integrated into an existing IT environment where its underlying AI smarts are put to work with industry-standard electronic design automation (EDA) tools.

All of this ultimately amounts to saving precious time, a priceless commodity in a world where there is seemingly not enough skilled engineers to go around. And with global events such as pandemics and wars exacerbating this issue, Celus is well positioned to benefit by promising time-pressured circuit board engineers the ability to redesign their products with the press of a button.

“The COVID-19 pandemic drove unprecedented component shortages within the industry — while component obsolescence and supply chain issues have always been a concern, the magnitude of the current problem means that manufacturers of electronic devices cannot ‘sit it out’, and they are being forced to redesign their products to stay in business,” Pohl continued. “Our automation deals with that redesign challenge in minutes and makes product redesign a feasible option.”

Founded out of Munich in 2018, Celus had only raised around €5.4 million in seed funding in its four-year history. However, it has amassed a fairly decent number of big-name clients in that period, including Siemens and Viessmann, a €3.4 billion German manufacturer of heating and cooling systems.

Celus’s Series A round was led by Earlybird Venture Capital, with participation from DI Capital, Speedinvest, Plug and Play and a host of angel investors, including former Rolls-Royce CEO Sir John Rose and Paul Gojenola, who’s VP of hardware development at Google’s Nest. With its fresh cash injection Pohl said the company plans to open a new office in the U.S. to “position it at the heart of the electronics industry.”

“We want to reach every electronics designer out there, enabling them to focus more time on innovation and creativity, while our software reduces the tedious and time-consuming tasks they were dealing with before,” he said.