Although finance teams ultimately control budgets within their companies, investment in technology under the chief financial officer’s purview had been limited — at least until recently. That’s the assertion of Tesorio CEO Carlos Vega, who observed that, prior to the pandemic, most cash management processes had been run in spreadsheets and Word documents.

“Cash is becoming the number one priority for all organizations. The industry’s main competitor is the inertia of doing it the old way, despite it being manual, error-prone, and highly inefficient … All of a sudden, [tools like automation] have gone from vitamin to painkiller,” Vega told TechCrunch via email. “At current inflation rates, companies are losing over 2% in real terms every 90 days they sit on their receivables. That may not seem like much, but for a mid-market business with a $10 million outstanding receivables balance, that’s costing them $210,000 per quarter or the equivalent of two employees for a year.”

Of course, Vega has a product to promote — Tesorio sells automation solutions designed to help customers manage their accounts receivables. But at least one source supports his claim that automation can transform accounts receivable workflows for the better. In April 2022, American Express and Pymnts.com published a survey that found that about two-thirds of firms that have automated accounts receivable processes report benefiting from improved days sales outstanding (a measure of the average number of days that it takes for a company to collect payment after a sale has been made), while about half said that they achieved lower delinquency rates.

“Historically, the account receivable process has been driven by tribal knowledge within the accounting team,” Vega said. “They ‘know’ based on personal experience that a certain customer always pays ‘X’ days late and another customer breaks their promise-to-pay dates, while another set of customers can be relied upon to pay early when asked to do so. If someone leaves the company or is out on vacation, this data is lost.”

Tesorio attempts to capture this knowledge using AI models that look across a customer’s payment history and predict when, exactly, they’ll pay. Vega co-launched the company in 2015 with Fabio Fleitas, who he met while studying business at the University of Pennsylvania’s Wharton School.

Tesorio was originally focused on supply chain financing, helping businesses save by paying their small- and medium-sized business vendors early. But a year later, the startup pivoted to “directly serving the companies getting paid,” in Vega’s words. 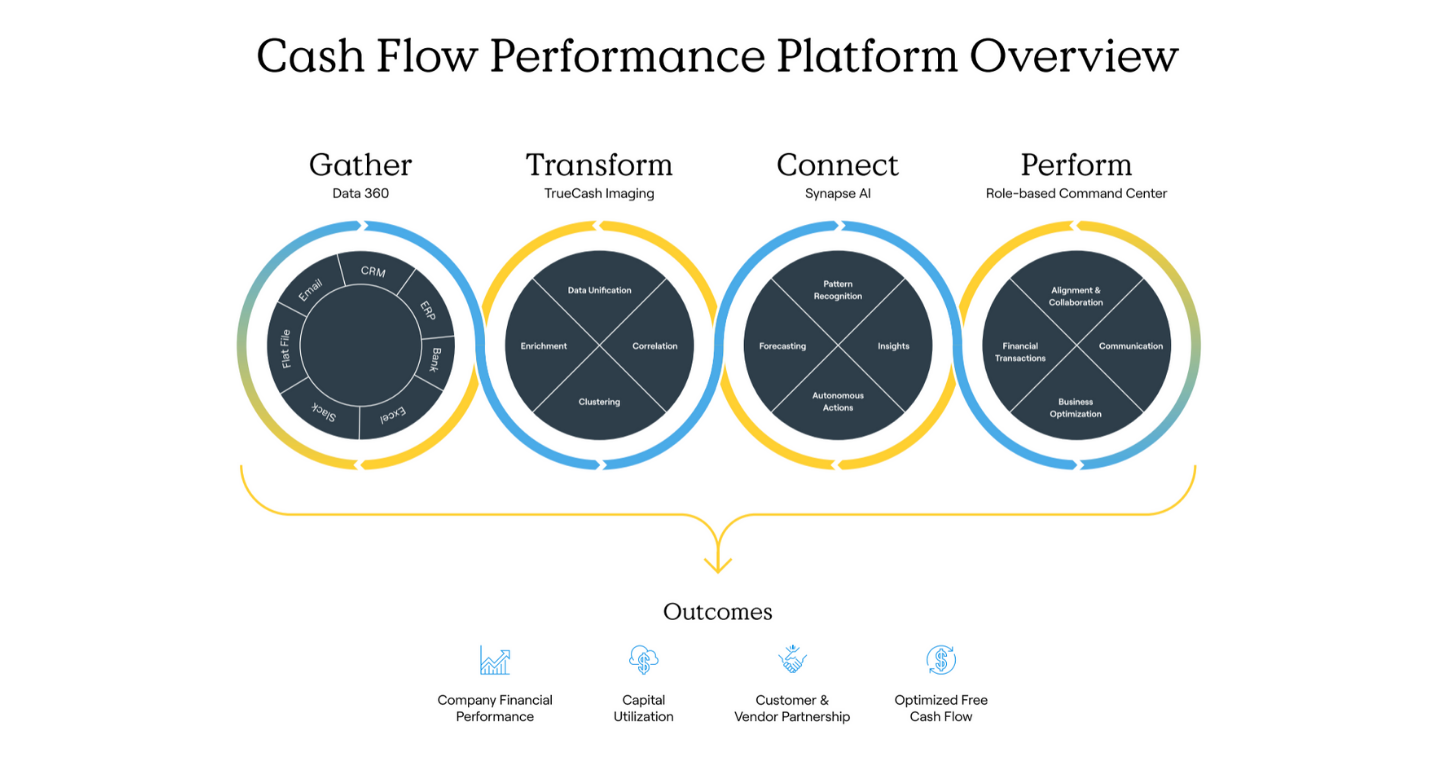 Businesses can use Tesorio’s platform to automate parts of their accounts receivables workflow. Image Credits: Tesorio

“I spent about a decade working in finance, most recently at Lazard investment banking in Latin America. I co-founded a factoring company as a side business to finance small- and medium-sized business receivables. However, it felt like payday lending for business and wanted to find a better way to help companies with their cash flow,” Vega said. “In March 2017, [the modern] Tesorio was reborn with Couchbase and Veeva Systems among our first three customers.”

“The models are … able to train themselves by looking across our entire dataset of anonymized invoice history, covering billions in transactional volume, to further refine and improve its forecasting accuracy,” Vega added. “If companies can get paid when they expect it, their cash flow becomes more predictable so they can plan their growth better, they become more resilient, and they can fulfill their own mission without relying as much on external sources of capital.”

Tesorio also lets customers create email reminder templates and self-service payment portals. And on the back end, the platform hosts digital workspaces that allow teams to share notes and aggregate accounts receivable data in one place. From the workspaces, teams can also track metrics and monitor cash flow performance, either using out-of-the-box reports or building their own from scratch.

An outstanding challenge for Tesorio and its competitors is convincing companies that they need the software. It’s a hurdle in any industry, but particularly finance, where teams are likely to perceive their processes as sufficiently modern. According to a study by Billtrust, while 86% of accounts receivable teams rate their department as “very” or “somewhat” modernized, 40% don’t offer self-service capabilities while over 60% haven’t digitized a majority of their invoices.

Economic headwinds might help Tesorio’s case, Vega believes. While the startup isn’t yet cash-flow positive, Vega claims that it has over 130 customers, including Slack, Box, Twilio, GitLab and Bank of America.

“The funding follows a third consecutive year of triple-digit revenue growth. We expect to continue the strong growth trend over the next two years, especially with the market’s renewed focus on cash flow,” Vega said. “Although the current economic climate with inflation and higher interest rates has given pause to decision makers with regards to spending, it actually puts a major, positive, spotlight on the value of Tesorio. In a world where cash is king and the cost of capital is no longer nominal, having a product like Tesorio that enables an organization to more effectively free up and manage its cash is more critical than ever.”

Vega says that the proceeds from Tesorio’s latest financing will be put toward expanding the company’s go-to-market efforts and product development, and growing its team from “just north of 50” employees to around 90 within the next year.