The global pandemic ushered in new consumer behavior of shopping online, giving a boost to a U.S. retail e-commerce industry likely to reach $1 trillion by the end of this year. E-commerce marketplaces, like giants Amazon and Shopify, support millions of merchants, which is helping the industry reach that valuation.

Behind some of Shopify merchants’ tech stack is London-based Shop Circle, a technology company that acquires and grows e-commerce software. They often have to sift through over 7,500 different apps on Shopify’s platform to find the ones that work best for them — and shelling out associated costs until they find the right one.

Shop Circle is streamlining those efforts by creating a one-stop shop for what it considers to be the “best-of-the-best” apps, aimed at reducing all that searching, thus increasing the speed at which merchants can get up and running.

The company was co-founded in 2021 by Luca Cartechini and Gian Maria Gramondi. The pair met in college and were doing their own thing — Cartechini in investment banking and Gramondi spent four years at Amazon as category manager — but continued to discuss how much Amazon’s aggregator space was dominating the industry.

“We knew that we didn’t want to do that, but we had high confidence in software as a business model,” Cartechini told TechCrunch. “We wanted to be the ‘Microsoft for e-commerce merchants.’ We want every merchant selling online to use our tools to run and superpower their stores.”

The company has about 15 different categories of software. It has acquired six apps already and is working on another 20, Gramondi said. Cartechini, CEO, considers Shop Circle to be competing with the likes of WooCommerce, though he notes his company’s difference is that it is acquiring software rather than brands. 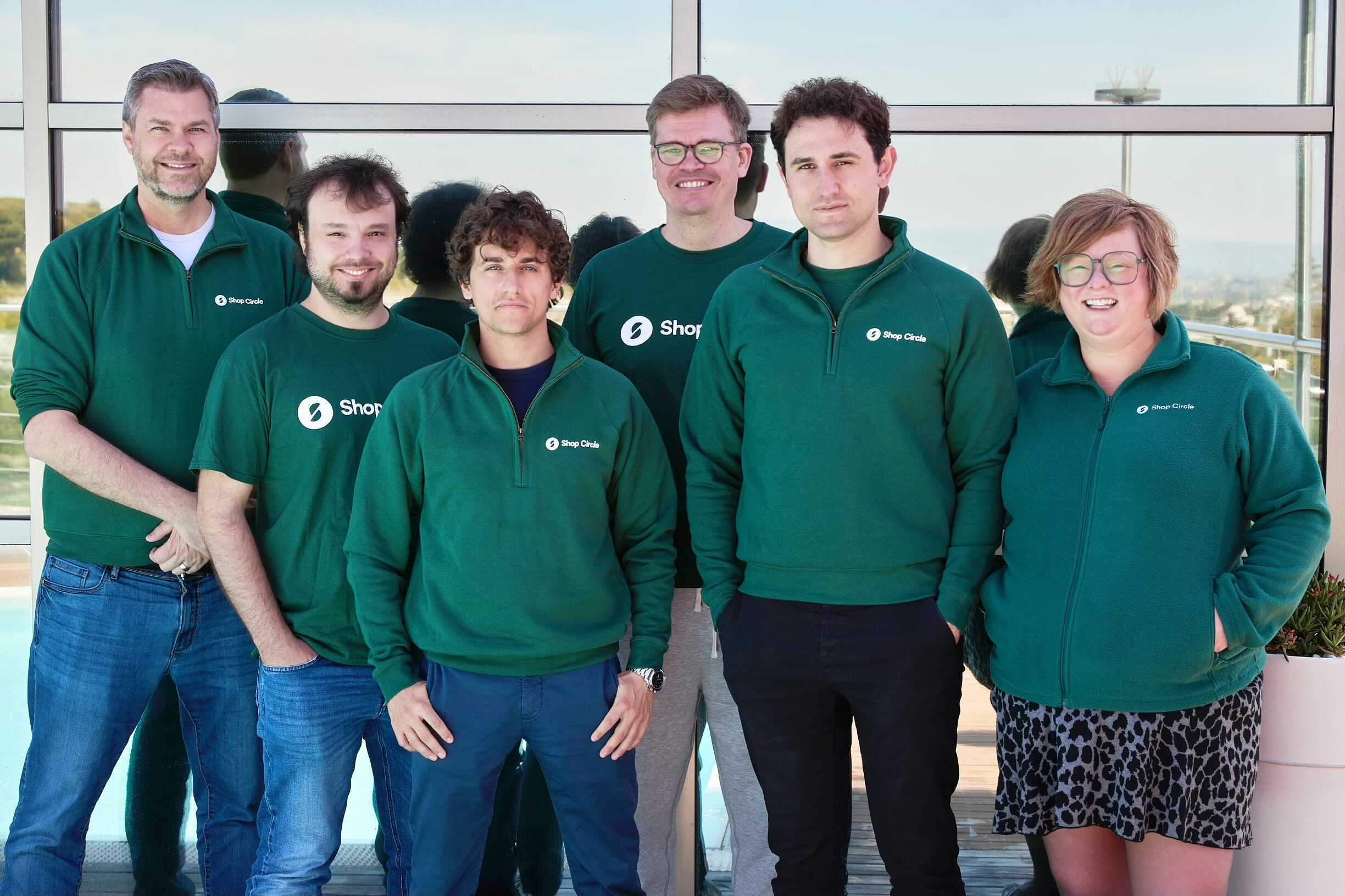 It started with Shopify and went from zero users to now about 50,000 merchants over the past year. Earlier this month, the company closed on a third round of funding to drive its long-term goal to go beyond Shopify and take its tools across all e-commerce marketplaces.

The new funding gives the company a total of $65 million in committed investments over the past year. Cartechini broke the total down into three rounds but didn’t disclose amounts. He considers the newest one similar to a Series A.

NFX and QED Investors each led a round of funding among the total investment and were joined by 645 Ventures and Firstminute Capital. There was also some venture debt mixed in, and TriplePoint Capital provided that.

Prior to this announcement, Shop Circle had been under the radar for the most part, Cartechini said.

“We were in stealth mode until now because the market has been so reactive,” he added. “We enjoy the same competitive advantage with Thrasio, so we wanted to keep it like this for as long as possible. It’s a bit hard to hire people during this stage and to convince other partners to create partnerships together. At the same time, it’s fun to build in silence without too much disruption. Now it is time to come out of stealth.”

Now the company is ready to be more present as it acquires more e-commerce apps into its portfolio — 20 over the coming months according to Gramondi’s estimate — and more users. He estimates there are 2 million merchants just on Shopify, so the opportunity is big. The company also plans to double its headcount from 50 to 100.

Though there has been some consolidation within the e-commerce tools space, Gramondi noted there is a lot of focus on data doubling down in the space to support new product development and the ability for Shop Circle to launch additional features.

Meanwhile, having NFX and QED on Shop Circle’s cap table was “a natural match” for the company, Cartechini said. He explained that both of them were “the best” when it came to marketplace and commerce, and he liked that both firms were led by operators, not just consultants, but those that have built a company from scratch.

Pete Flint, general partner at NFX, reciprocated that appeal, telling TechCrunch that his firm had been innovating in e-commerce infrastructure all over the world in the past several years. During that time, he saw massive growth in global e-commerce, and with it the proliferation of tool sets needed to service all of these merchants.

While marketplaces like Amazon and Shopify are providing some of the infrastructure, Flint saw Shop Circle as a complimentary platform to fill out other elements of the tool sets and build e-commerce tools. He believes the tool set today is still in its infancy just as the e-commerce industry is, and there is opportunity to build out all sorts of tools for different types of merchants and do it globally.

“I’ve seen some really strong success in the companies and growth that we backed in other markets,” he added. “What we saw with Gian and Luca and their particular model was a unique blend of software skills and product skills combined with a sophistication to strike the right structure for entrepreneurs.”