Data centers with servers attached to solid-state drives (SSDs) can suffer from an imbalance of storage and compute. Either there’s not enough processing power to go around, or physical storage limits get in the way of data transfers, Lightbits Labs CEO Eran Kirzner explains to TechCrunch.

“Since its inception, NVMe has been revolutionizing the data storage industry with orders of magnitude higher levels of performance at increasing cost-effectiveness. But the problem is that traditional approaches to data storage are not a good match for NVMe’s performance capabilities and cost-effectiveness,” Kirzner said. NVMe is the storage access and transport protocol for flash and SSDs. “[Many data centers] were designed for spinning disks and are based upon a monolithic centralized controller-based architecture which results in lower performance and higher cost and complexity. And traditional software-defined storage systems . . . struggle to deliver even a fraction of the performance and cost-effectiveness that’s possible now with flash storage.”

NVMe-oF is an interface for accessing a computer’s nonvolatile storage, or storage that maintains its data when the computer is turned off. Lightbits, together with Meta, Intel, Cisco, Dell EMC, Micron and others, collaborated on the NVMe/TCP standard that was ratified in November 2019 by the NVM Express consortium.

“We recognized that traditional approaches to data storage were not able to keep up with the growing demand and were too expensive and difficult to maintain,” Kirzner said. “The software-defined cloud architectures popularized by the likes of Amazon Web Services, Amazon, LinkedIn, Facebook, and Microsoft Azure tap industry-standard compute, networking, and storage, and have steadily fueled the growth of an entire new industry. One particularly key area of innovation is the steady adoption of secure, safe, and scalable standard Ethernet TCP/IP networking at increasingly capable speeds. At the same time, newer forms of data storage are coming into the picture, such as NVMe solid state storage.” 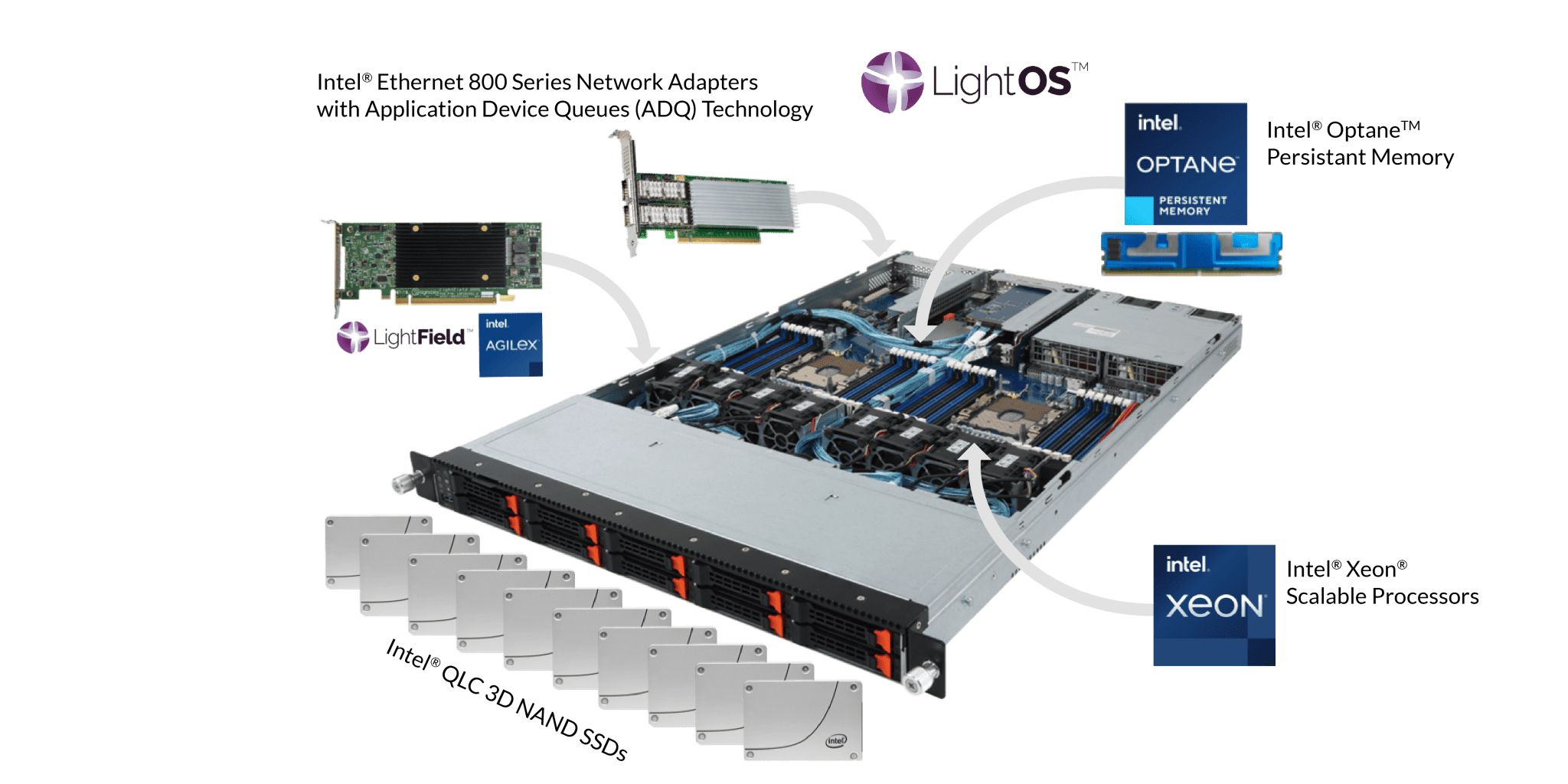 Lightbits’ software-defined storage platform integrates with existing data center infrastructure. It can scale NVMe data transfer queues to many parallel connections, Kirzner claims, enabling them to achieve access latency of 100 to 120 microseconds or around 200 microseconds on commodity servers. Lightbits previously offered a custom-designed acceleration card to offload memory management and data transfer tasks from servers’ CPUs. But the company dropped it in recent months to focus on the software side.

“In an era of mixed applications — whether virtualized or containerized — delivering the right level of performance for those multi-cloud applications becomes a critical imperative. The enterprise needs agility, so we delivered a platform that can scale up or scale out, dynamically,” Kirzner said. “And it can be deployed on any cloud, whether it’s a private cloud or public cloud or an edge cloud.”

Lightbits has competition in NetApp, Vast Data, Amazon EBS, Pure Storage and Solarflare, the last of which has raised over $300 million in its 20-year history. But in a show of strength, Lightbits today closed a $42 million funding round led by Atreides Management with participation from JPMorgan, Valor Equity Partners, OG Tech and others. While this is a smaller round than the previous, Kirzner points to recent wins, including a certification to work with VMware’s vSphere and a partnership with Intel, an investor.

“The unprecedented events of the past two years have significantly impacted supply chains and have organizations thinking differently about their data infrastructure, and rapidly accelerating the adoption of cloud solutions. As a result, the demand for Lightbits accelerated during the pandemic. . . . We ended 2021 doubling our install base, increasing the [customer acquisition] pipeline by 2.3x,” Kirzner said. “This growth round investment is validation of our strategy and our mission to lead the cloud-native data center transformation by delivering scalable and efficient software-defined storage that is easy to consume.”

Lightbits currently employees 100 people, a number that the company plans to grow to more than 150 by the end of next year.