A new study from the Pew Research Center noted that out of 25% of adult Americans using Twitter, 33% tweet about politics, up from 13% in 2019. The report highlighted that while only 24% of American Twitter users are aged 50 or above, they produce a massive 78% of the political content on the platform. 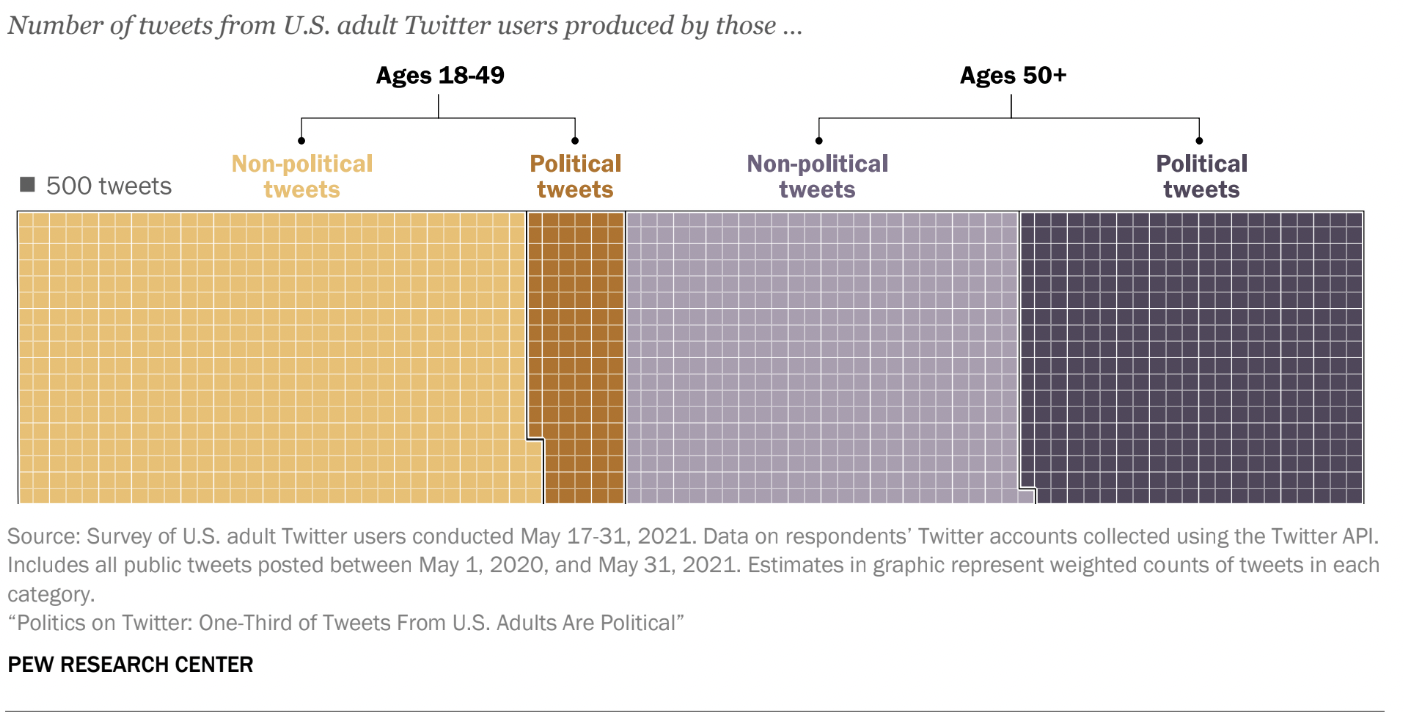 Forty-one percent of surveyed users said that a lot of the content they see on Twitter is political, and 36% of them said their feed is somewhat political.

When it comes to posting, users said only 12% of their posts are political in nature. In fact, only 8% of the stuff they tweet are original thoughts related to politics, as compared to 44% retweets, 42% quote tweets and 26% replies.

The survey also dived into habits of U.S.-based Twitter users on their political engagement online (tweeting about political an issue) and offline (signing a petition); 58% of the users said they engaged in both forms, and 34% said that they engaged in only offline political activities. 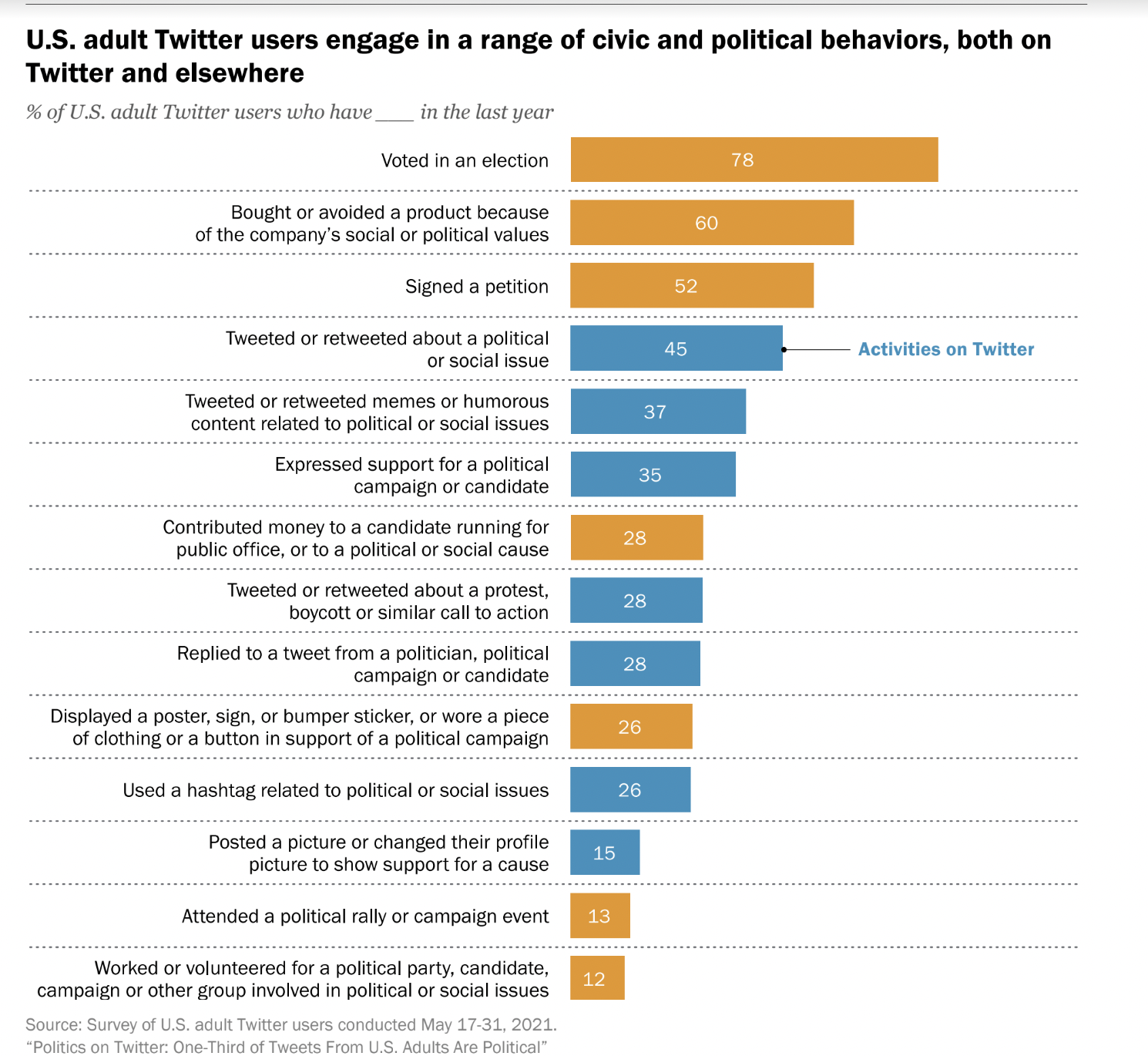 The study noted some Twitter-related trends among users from different political ideologies, too. Democrats were more active in posting on the social network about politics in the 30 days before the survey as compared to Republicans (30% versus 17%). They also believe that the platform is more effective at raising awareness about an issue than their Republican counterparts (28% versus 17%).

While Pew Research’s new report revealed many data points, here are some other significant observations:

There’s been a lot of debate related to the political bias of Twitter and other tech companies. A study from Pew published two years ago noted that while the most prolific users on the platform were Democrats, users on both sides rarely tweeted. In 2018, Twitter — along with Apple and Google — faced a lawsuit about having an anti-conservative bias. But it was dismissed by a Washington appeals court in 2020.

The research organization said that it surveyed 2,548 U.S.-based Twitter users, and also analyzed their tweets posted between May 2020 and May 2021. They used machine learning to figure out if a tweet was political in nature or not. For a similar survey published in 2019, they scanned pre-determined keywords to scan tweets to understand if the users have expressed any opinion about national politicians, political parties, or ideological groups.

For the new study, the team trained a supervised machine learning model on pre-labeled tweets, so that it can learn patterns hidden in tweets to classify them better in political and non-political tweets.

The survey comes out at the time when Twitter’s going through a potential takeover bid that might see its moderation and content distribution policy change. Elon Musk, who’s set to acquire the company, has said the platform has an “obvious left bias,” and wants to slap his own ideas about free speech on Twitter’s algorithm and content policing, which might have its own political repercussions.

Twitter’s also a hotbed of heated political debates, and that could result in targeted harassment and toxic speech on the platform. The company has been trying to keep the platform healthy and reduce hate speech. Last week, it rolled out a new process for reporting that allows you to give more context about why a tweet is harmful.

The company recently released its own report about nudging users to rethink before posting a harmful or offensive reply. It noted that there was a positive change in users’ actions, as 17% of users sent a more positive response or canceled it altogether.