Last year, Pinterest began its pivot from being an online image board to being more of a creator platform with the launch of Idea Pins. The new feature allows Pinterest users to tell their stories using a combination of video, images, music and other editing tools, resulting in something that’s a cross between TikTok’s short videos and a Stories product with multiple pages of content. Today, Pinterest is opening up this new format to its advertisers with the launch of its new “Idea Ads.”

This ad format is designed to give brands a way to connect with their audience on Pinterest’s platform, which can then in turn drive traffic to their websites or inspire future shopping purchases — similar to much of Pinterest’s organic content. The Idea Ads themselves are basically just Idea Pins either crafted directly by marketers or produced in collaboration between a business and a creator who are working together. The latter is referred to as “Idea ads with paid partnership,” in Pinterest’s lingo.

The company envisions the new format as a better way for brands to reach their audience beyond using just video alone, as on TikTok and other video-first platforms. While video, of course, works well for storytelling, it can be difficult to share other crucial details — like the supply list for a DIY project, the ingredients or instructions needed to make a recipe or the names of products used in a makeup tutorial along with links as to where to shop.

Both TikTok and YouTube have been experimenting with solutions to some aspects of this problem, which involve placing shoppable items below the video in question. More recently, YouTube even laid the groundwork for a second-screen experience aimed at those watching videos on TV where they could shop on their phones while watching videos on the big screen.

In Pinterest’s case, however, brands may want to do more than just generate clicks to their website. They also may want to offer inspirational content to raise brand awareness or share a series of step-by-step instructions to help viewers complete a specific project. Those are things that aren’t as easily accomplished via merch shelves underneath videos alone. 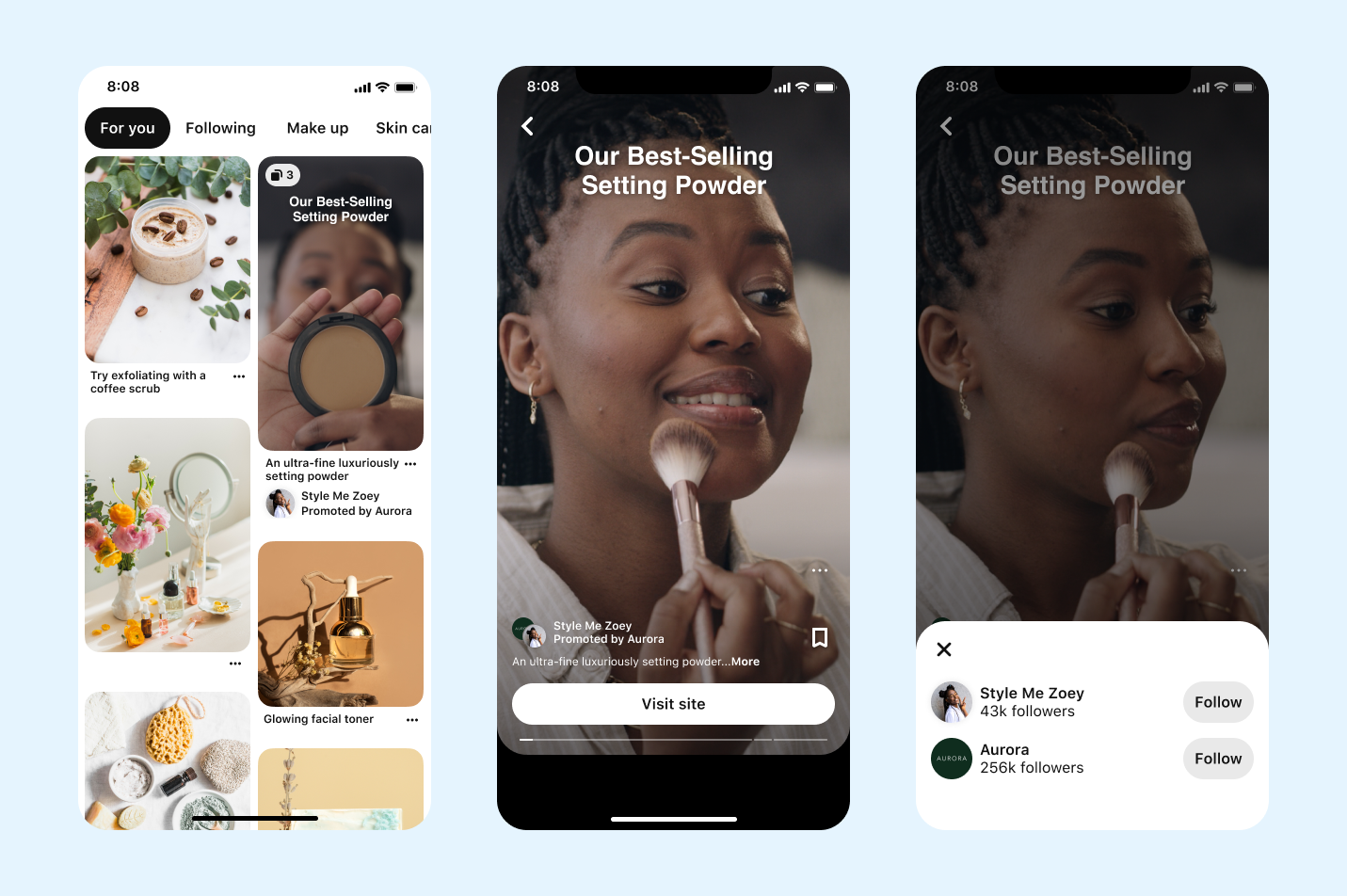 The new products were announced ahead of Pinterest’s return to the Cannes Lions International Festival of Creativity — a global ad festival that Pinterest will return to for the first time in three years, it said. It also follows this week’s news of its multimillion dollar partnership with Tastemade to scale creator content and livestreaming across Pinterest starting later this year, which will also involve Idea Pins.

The company says the new ad formats and tools are now generally available to advertisers in over 30 countries worldwide.