Meta announced today that it’s rolling out new tools on Instagram and Quest VR headsets that are designed to give parents additional supervision controls. On Instagram, parents and guardians can now send invitations to their teens to initiate supervision tools. Prior to this change, only teens could send invitations. Parents and guardians can now also set specific times during the day or week when they would like to limit their teen’s Instagram usage.

With this new update, parents and guardians will also be able to see more information when their teen reports an account or post, including who was reported and the type of report. Meta notes that if you already have supervision set up on Instagram in the United States, these updates are now available.

These tools will begin rolling out to other countries including the United Kingdom, Japan, Australia, Ireland, Canada, France and Germany starting this month. Meta plans to roll out the tools globally before the end of the year.

In addition to the new parental controls, Instagram is rolling out “nudges” that will encourage teens to switch to a different topic if they’re repeatedly looking at the same type of content on the Explore page. Meta says the new nudge is designed to encourage teens to discover something new and “excludes certain topics that may be associated with appearance comparison.” 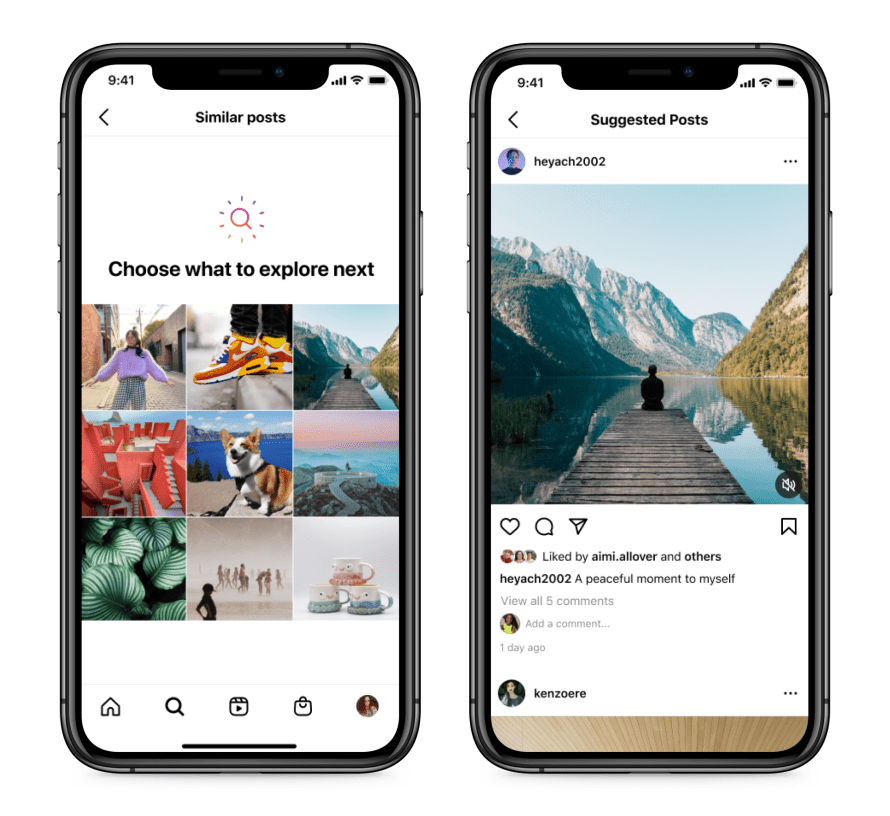 “We designed this new feature because research suggests that nudges can be effective for helping people — especially teens — be more mindful of how they’re using social media in the moment,” Meta said in a blog post. “In an external study on the effects of nudges on social media use, 58.2% of respondents agreed or strongly agreed that nudges made their social media experience better by helping them become more mindful of their time on-platform.”

The company notes that its own research, which was based on a one-week testing period, showed that one in five teens who saw the new nudges switched to a different topic.

Last year, Instagram introduced a “Take a Break” feature to remind users to take time off Instagram. Now, Instagram is going to launch new reminders for teens to turn on Take a Break when they’ve been scrolling in Reels, Instagram’s TikTok clone, for a period of time. These are being tested in the United States, United Kingdom, Ireland, Canada, Australia and New Zealand now, and they’ll launch in those and additional countries later this summer. 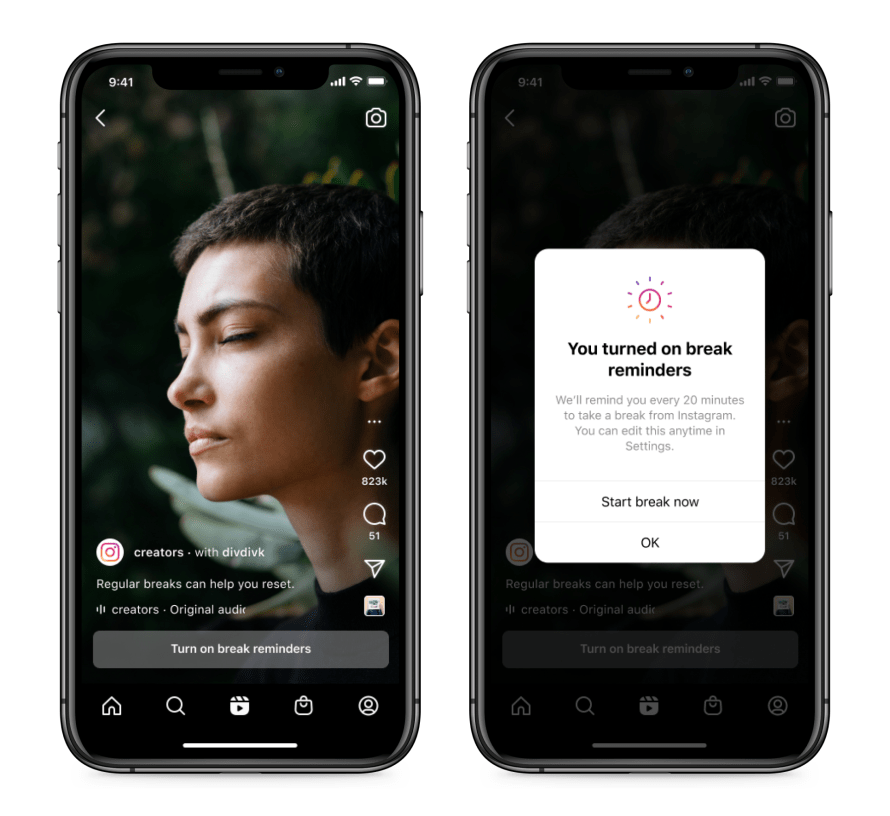 In addition, Meta says it is enabling young creators through funding and education to share more content on Instagram that inspires teens and supports their well-being. These creators will receive guidance from experts who will show them ways to create responsible content online.

Today’s announcement comes as Meta launched in March a new set of tools on Instagram designed to protect young users. The company introduced something it calls “Family Center,” a centralized hub of safety tools that parents will be able to tap into to control what kids can see and do across the company’s apps.

As for Quest headsets, Meta announced today that it’s now allowing parents and guardians to approve their teen’s purchase of an app that is blocked by default based on its IARC-rating. Teens who are 13 years of age and above can submit an “Ask to Buy” request, which triggers a notification to their parent. The parent can then approve or deny the request from the Oculus mobile app.

Parents can now also block specific apps, which will prevent the teen from launching them. Apps that can be blocked include apps like web browsers and apps available on the Quest Store. In addition, parents can view all of the apps that their teen owns and receive “Purchase Notifications” when their teen has made a purchase. Parents now also have access to their teen’s list of Oculus friends along with information about how much time their teen is spending in VR. For parents to link to their teen’s account, the teen must initiate the process. From there, both the parent and teen have to agree.

Meta is also launching a new “Parent education hub” that will include a guide to the company’s parental supervision tools along with ways to help parents discuss virtual reality with their teens. Meta notes that this is just a starting point and that it will continue to grow and evolve its parents supervision controls over time.

The new Quest parental controls come a few months after Meta announced that it would add basic parental supervision tools to its VR headset. Parental controls are ultimately only effective if parents and teens use them well, but rolling out these features is the least Meta can do.