Shared micromobility giant Lime is piloting electric motorbikes in Long Beach, California. Lime has been teasing a new form factor to cater to use cases outside of scooters and bikes for a while, so it’s no surprise to see the company test a vehicle that’s sturdy and comfortable like a bike but easy to ride like a scooter.

The new vehicle, named Citra, also comes a few months after Lime quietly killed off its shared moped programs in New York City and Washington, D.C. Lime had started to introduce mopeds to the mix in January 2021 as a vehicle that riders could tap for longer trips, but has settled for the moment on vehicles that are fit for the bike lane, according to a Lime spokesperson.

Lime has 1,000 vehicles on the ground in Long Beach, and the hope is about half of those will be swapped with Citras, according to Lime. While Lime is definitely launching at scale there, the company has no plans to bring Citra to other locations just yet.

That might be because of the failure of the shared mopeds to take off, or it could be due to the similar nature of the Citra to Lime’s Gen4 e-bike, both of which have a top speed of 20 miles per hour.

The Citra does come with some upgraded features, however. For example, it rides more like a tiny, lightweight moped, and as such has no pedals and only moves forward with a throttle on the handlebars. The new vehicle also has a headlight, taillight, front and rear turn signals, a horn and a sealable rear compartment for storage. 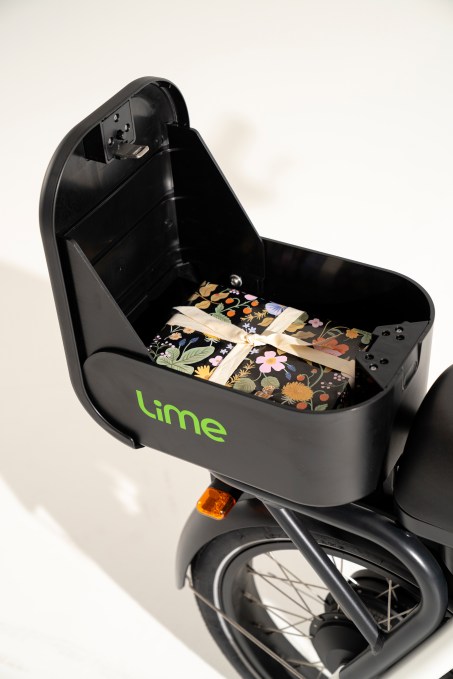 “We’re hoping with the new vehicle to get more women riders, as well,” Russell Murphy, senior director of corporate communications, told TechCrunch. “We want women to see this as something that’s for them in a way that they might not with scooters. There are various components like the fact that it’s seated, it’s a bit lower to the ground, it appears visually a bit safer because you have this more robust vehicle under you, but it’s not as heavy as a moped.”

Aside from attracting new users, Citra will be an example of how Lime could potentially save money on charging vehicles, the operational bane of every micromobility company’s existence. The Citra will be built with Lime’s new, bigger batteries, which Lime CEO Wayne Ting will discuss on the TC Sessions: Climate stage today.

The batteries, which Lime is also rolling out in Paris and Bordeaux this summer, have twice the capacity of Lime’s current batteries. They contain nearly 1 kWh capacity, up from 0.46 kWh now, which Lime says will lead to more time spent riding between charges and fewer battery swaps needed from Lime’s operations team.

Lime has been testing its new batteries for the past six months in San Francisco, Antwerp and Le Havre, according to the company.

“We saw from riders who gave end-of-trip ratings that ratings were higher on vehicles that used the new battery,” said Murphy, noting this was especially true for trips that started with battery power under 30% that managed to not die mid-ride.