Norwegian startup, Glint Solar, has built a SaaS platform to help developers identify strong contenders for ground-based (or floating) solar projects with the goal of supporting a fast-growing industry to spin up a strong pipeline of projects as a demand to accelerate the shift to renewable energy continues.

Co-founder and COO, Even Kvelland, tells us its approach draws on satellite imagery, government (and other) datasets, as well as applying machine learning and other algorithms, to provide customers with assessments of the risks and costs of prospective solar installations.

Its software as a service platform can be used to model costs and risks for ground-based solar installations but is also able to assess project viability for a growing niche of floating solar parks, such as solar installations sited in dams and reservoirs.

Since launch, back in March 2020, Kvelland says Glint Solar has onboarded 14 customers in markets around the world, including Northern Europe, Asia and North and South America, with a range of large and small developers tapping in to its one-stop shop for assessing possible solar projects — name checking the likes of Scatec, Fortum and TotalEnergies ++ as among its first wave of signups.

“What we’ve spent the last two years doing since we started the company is to understand what are the main obstacles [to solar energy projects]. And it’s become pretty clear that the biggest headache for the core customer, solar developers — those companies actually building the parks — is they’re struggling to build their project pipelines, so getting enough projects [lined up],” he tells TechCrunch. “What we’re doing is we’re going into the early phases — helping them both identify and analyze potential project locations.”

The platform allows customers to look through “tens of thousands” of possible project locations, per Kvelland — whittling their options down to “very good” prospects, based on its ability to perform cost analysis and spot issues which could otherwise create major problems (or even derail a project) down the line.

“We run or allow our customers to run preliminary technical and financial analysis and then spend the time on those projects where you can optimize the chances for success,” is how he sums up the core function.

Reducing time to build a solar installation is one touted benefit but the utility of the tool is broader, per Kvelland, who says it could — for example — help a customer find and realize the value of an (otherwise) overlooked site.

The SaaS platform is able to analyze factors such as available solar radiation and proximity to key infrastructure, such as capacity in the grid for connecting to projects — which Kvelland notes is a “huge Capex driver”.

It also considers social and environmental regulations, as well as looking at other physical factors — like shading on a site; extreme weather; or the elevation or slope of the land, among others — to feed its modelling.

For floating solar, it’s able to support project scoping by analyzing underwater features — such as the depth of the water and whether there’s a rocky or smooth bottom — which can impact project capex and opex costs (since floating solar rigs typically need to be anchored so the deeper the body of water the more costly that may be, for example).

“Here we’ve been trying to detect both the types of natural vs manmade bodies of water using machine learning and also the bathymetry — so basically the underwater topography using a number of satellite imageries and looking at how much light is penetrating through the water and then reflected back,” he explains. “It’s complex — there are a few people if any in the world who have successfully really built a good model so that’s part of the problem we’re working on.”

Glint Solar’s ultimate goal is to help customers find more valuable sites for solar installations at a time when competition for such sites is on the rise as demand for renewables keeps stepping up.

“Against the backdrop of, already, the energy transition [away from fossil fuels] but also — especially in Europe now with Ukraine and Germany and other countries doubling down on renewables — we’re seeing they really now need to get started much quicker and having more projects through the funnel to realize the best ones,” says Kvelland.

“On the macro side, we’re seeing solar might increase something like 24%-25% year-on-year until 2030 so I think we’re definitely in a booming market and we’re capturing — currently — value at the very beginning and then… I think there’s a whole host of additional values we can offer [our customers] either later in the value chain or in other verticals down the road, with wind or battery storage. So it’s a large market that we’re aiming for,” he adds.

Demonstrating the value of its product is likely to take time — as it’s still early days for Glint Solar’s customers to progress the solar projects they’ve used the tool to scope and prioritize. But Kvelland notes that “several” have taken the insights they gleaned from using the software to the “next stage” — which he says means they’re either in the negotiation process with the landowner/water owner or are doing more detailed engineering work or are in the last stages of project finance.

“We expect that hopefully later this year we’ll see some of the first projects coming online,” he adds.

Glint Solar is announcing a $3 million seed funding raise which it says will be used to scale the business — with a plan to expand into new countries but also grow its customer base in key markets in Europe and the U.S. Hence it’s planning to double the size of its team over the next year as it gears up to capitalize on the scramble to build out solar plants.

Investors in the seed round include sustainability focused Momentum, early stage Norwegian fund, Wiski Capital and cleantech and energy investor Statkraft Ventures, as well as some existing shareholders.

Commenting in a statement, Hilde Støle Pettersen, managing partner at Momentum, said: “We have followed the Glint team since the company’s inception and always liked their idea of accelerating the solar revolution through valuable insight. With their early commercial traction and the fantastic team they are building, we now found the timing to be right. We look forward to supporting the team in the years to come in collaboration with very strong co-investors.”

The startup previously went through the Antler accelerator in Oslo — taking in some pre-seed funding via that program. 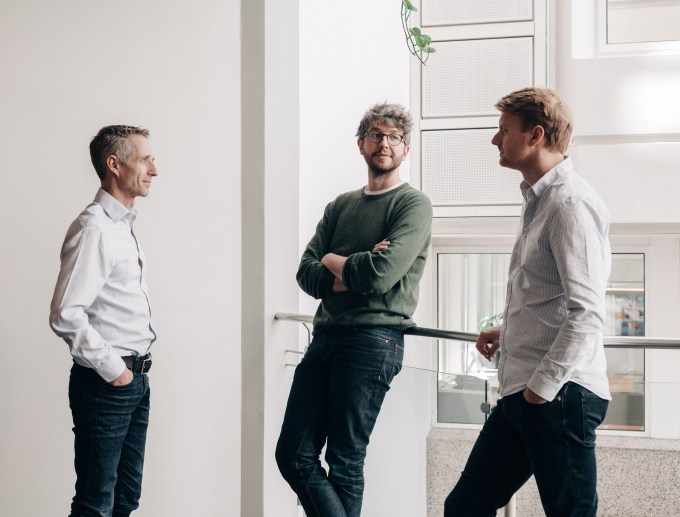 Kvelland also recounts how it got an early ‘cold call’ from a U.S.-based private equity fund, via LinkedIn, which was eager to invest (unusually so, given how early stage the business — but it’s presumably projecting major growth in solar). So, in all, he says it had raised ~$700,000 in external funding prior to the seed round, not including funds put it by the founders as they bootstrapped to get the SaaS business off the ground.

The business model it’s using is a straightforward, company-wide, annual per market licensing model at this stage, per Kvelland.

On the competition front, he says Glint Solar’s focus on the early phase of solar projects gives it an edge — arguing there’s relatively little attention at that end of the solar value chain.

But he’s able to point to a few U.S.-based competitors — naming the likes of veteran data management software firm, TerraBase; and GeoCF, a software platform which he says was acquired by a solar developer seeking to use the capabilities in-house, as offering similar services.

Other competition comes from more generalist tech tools and/or consultancy firms, he suggests.

“Typically today it’s a lot of rudimentary tools. From people literally looking at Google Maps trying to guess what’s potentially a good project area to working with legacy consulting engineering firms getting inbound from farmers. So what we’re trying to do is finally give the developers a pro-active tool that allows them to much sooner screen a very high number of sites against a number of different variables and then take the information that typically today might have been something you assess later in the project stage — [and] bring that into the early assessment.

“Because what we keep hearing from the solar developers is that they oftentimes discover something later that maybe — worse case — breaks the project so they have to start from scratch so we want to give them as much relevant insight as early as possible.”