DoorDash announced today that it’s rolling out a number of new features to give users additional ways to discover popular restaurants near them. Most notably, the company is launching written reviews within the app to let users read other customers’ thoughts about specific restaurants or share their own. DoorDash says in-app written reviews will enable customers to save time when looking for other users’ feedback because they’ll no longer have to toggle between multiple apps when looking for restaurant reviews.

The company also notes that the new written reviews will be beneficial for merchants on its app, as they’ll now be able to get access to direct feedback from their customers. DoorDash began piloting this feature in November 2021, and has received more than 7 million public reviews since then.

DoorDash has also created a new “most liked” tag to surface top-rated eats that customers often enjoy. After completing an order on the app, customers can rate the items they got by tapping a “thumbs up” or “thumbs down” icon. A restaurant’s three items with the highest number of “thumbs up” ratings will be displayed on the menu with a “most liked” tag. DoorDash says that since piloting this feature, it’s seen that users are submitting more than 2.5 million item ratings per week.

In addition, the app is rolling out Top 10 lists to make it easier for users to view top-rated nearby restaurants. The lists will leverage the company’s real-time data from consumer ratings and order volume to surface the best-rated restaurants. 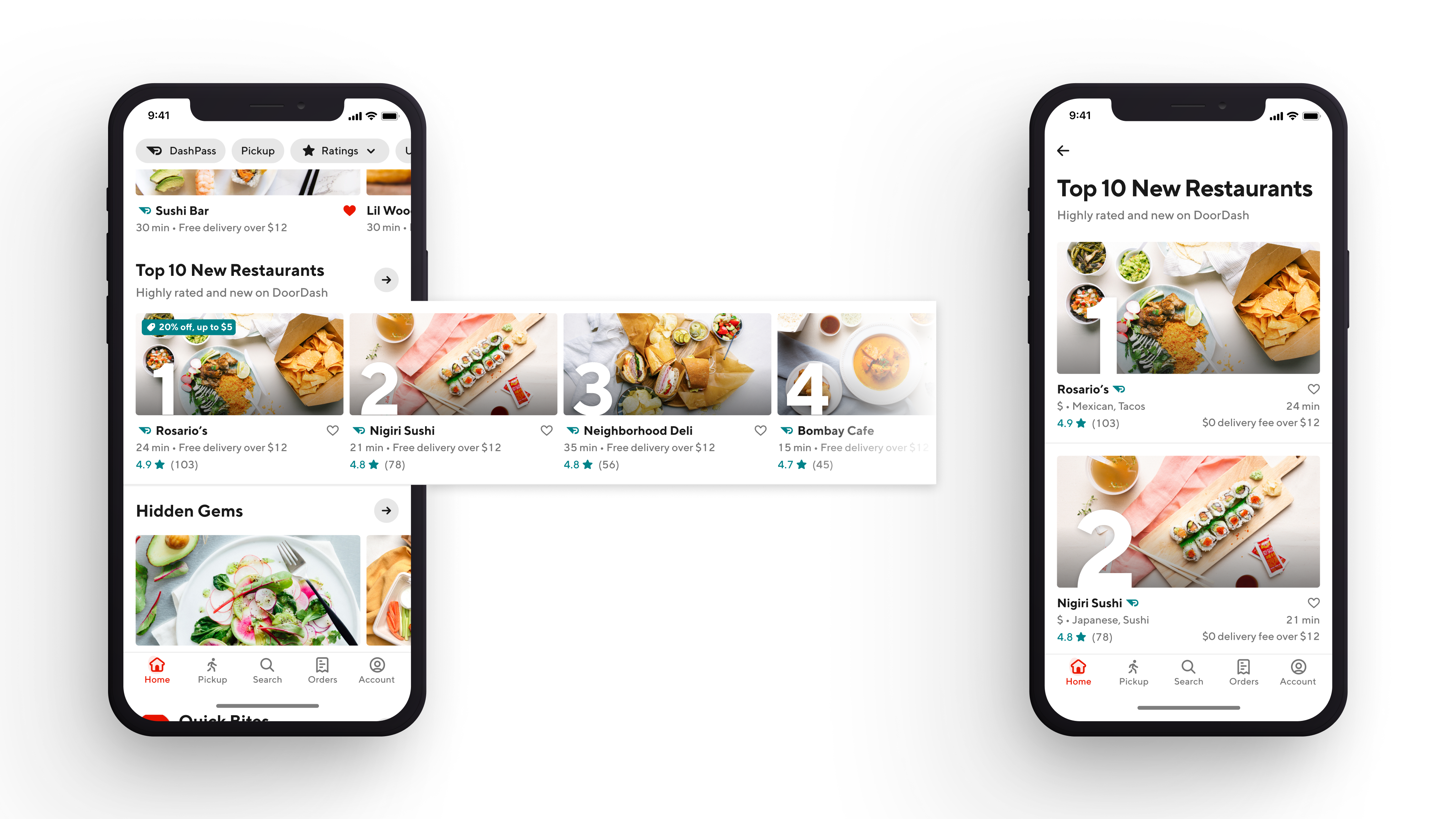 Lastly, users will now also be able to find top-rated and reliable restaurants that are known for making sure orders are correct and on time with DoorDash’s new Most Loved All Stars carousel and banner in the app.

“We’re always thinking about how we can make the shopping experience even more frictionless and relevant for our customers,” said Helena Seo, the head of design at DoorDash, in a statement. “With the launch of the Most Liked Items feature, we’re saving consumers over 400,000 hours annually, reducing decision fatigue when deciding what to order. We’re excited for consumers to find the delight in discovering new restaurants and dishes, trusted and loved by locals.”

Today’s announcement comes as DoorDash has been tweaking its platform and adding new options for consumers over the past few months. Most recently, DoorDash introduced a new subscription plan for college students called “DashPass for Students” that costs $4.99 per month, which is half the price of a standard monthly DashPass subscription. The company has also confirmed that it’s testing a new feature called “Return a Package” that allows customers to use the service to return packages to the nearest post office, UPS or FedEx location.

DoorDash is testing a feature that lets you return packages to post offices, FedEx or UPS