Morkos, who co-founded Alice in 2013 based on research he conducted at Stanford while completing his PhD program, sees three major problems in the construction industry. One, construction professionals are “aging out,” and their employers are losing significant expertise as they retire. Two, construction is a low-margin business made worse by inflation. Three, construction is high-risk. To wit, a 2016 McKinsey analysis found that construction projects typically take 20% longer to finish than scheduled and are up to 80% over budget.

“Traditionally, for project scheduling, companies have used products like Excel, Microsoft Project or Oracle’s P6. However, these projects can only be used to create one to two variations of a project schedule, as it is too time-consuming to do otherwise with these tools,” Morkos told TechCrunch in an interview. “Moreover, these tools do not use AI, which is what enables Alice to create thousands of project schedule options in an afternoon and to enable customers to easily run ‘what if’ analyses to test potential variations in how they might build (e.g. ‘What if I added a second crane?’).”

Alice offers tools designed to assist with planning stages from “pre-construction” through project delivery. For example, Alice can explore scenarios that make the most efficient use of project resources like labor, equipment and materials and test the impact of changes in these variables on project outcomes. During the execution phase, Alice can update project plans and — according to Morkos — help prevent project delays. 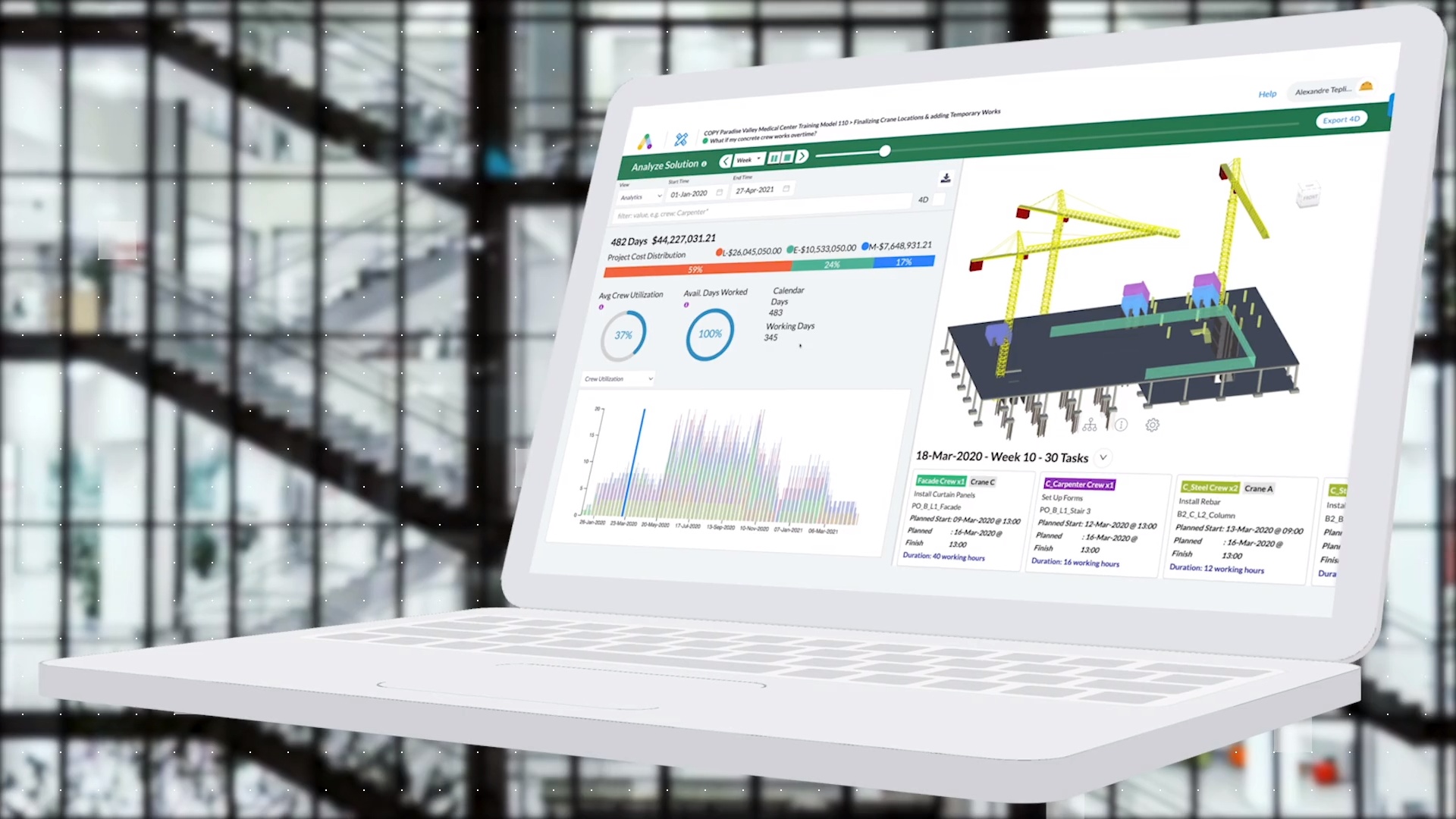 “With Alice, general contractors can digitize their ‘means and methods’ — how they build — by capturing valuable institutional knowledge before older workers leave their companies,” Morkos said. “By enabling contractors to optimize their construction plans, Alice helps companies to decrease build times and costs and boost margins. And by enabling contractors to create myriad different construction plans, Alice enables them to chart a path that maximizes the probability that they will deliver on budget and on time, thus avoiding stiff penalties for missing deadlines.”

The construction industry appears ripe for innovation, with close to one million general contractors in the U.S. alone and anywhere between three million and five million workers on job sites every day. Investors certainly believe this to be the case — investment in construction tech hit a record $4.5 billion in 2021. But as the margin-challenged Procore and failure of SoftBank-backed Katerra illustrates, the market can be a tough nut to crack. One recent survey found that more than a third of construction firm employees are hesitant to try new technology.

But if Morkos harbors doubts about Alice’s runway, he didn’t show it. While declining to reveal customer and revenue figures, Morkos said that the company’s software is currently in use by firms including Bouygues Construction, Skanska, Kajima and Shimizu.

Paul Lee, managing investor at Vanedge Capital, added: “In an industry that accepts major cost and schedule overruns as the norm, Alice is poised to transform the way the world builds. The Alice platform gives general contractors the ability to easily explore construction choices and chart a path that best balances risk, time and cost. This is a distinctive, high-growth business led by a uniquely qualified team, and we’re excited to support Alice’s growth and success.”

Menlo Park, California-based Alice has more than 50 employees and plans to hire 20 more by the end of the year — bucking the trend. To date, the startup has raised $76.2 million in venture capital.