Cathay Innovation is hoping to secure the bag in a new investment partnership with a company that secures crypto assets.

The $1.5 billion venture capital firm is entering the crypto market with a new $110 million fund dedicated to the sector that it will operate jointly with Ledger, a French startup focused on digital asset security, Cathay co-founder Dennis Barrier told TechCrunch.

The fund is similar to a corporate venture firm in that it’s partially operated by a company, but Ledger is different from the typical corporate VC because it’s a Series C-stage startup, not a large conglomerate looking to make bets on nascent firms. Ledger Cathay Capital, as the new fund is called, will invest in seed to Series A companies across a broad variety of segments across the crypto landscape, including emerging DeFi, security and infrastructure, according to Barrier. 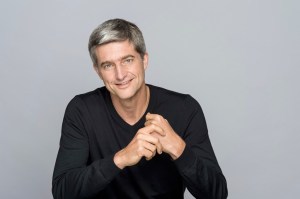 Ledger’s claim to fame is its USB-like device that confirms crypto transactions, allowing users to keep physical control of their private wallet keys rather than relying on their memories for access. The startup’s most recent fundraise brought in $427 million for the company, its CEO Pascal Gauthier told TechCrunch — a slight increase from the $380 million in commitments that TechCrunch reported at the time because of new commitments that came in thereafter. Cathay Innovation was the lead investor in that round, which valued Ledger at $1.5 billion, Gauthier said.

Cathay, a backer of Ledger for the past five years, asked Ledger to team up with them to raise new capital for a crypto fund rather than doing so alone because the venture firm wanted to “get the best of both worlds,” Barrier explained. He wanted the fund to be able to move quickly like a traditional VC while providing long-term support and expertise for portfolio companies akin to a corporate venture arm, Barrier explained. It’s taken about a year for the fund to come together as an official vehicle after the two companies began conversations about this strategy, he added.

While it’s somewhat unconventional for a startup to launch a venture arm, it’s a lot more common in crypto — Uniswap, FTX and Binance are three prominent examples. Ledger itself, which Gauthier said has been profitable for years, has made some recent investments into other startups. One of them was RTFKT, the NFT company Nike acquired last December, Gauthier said, though he did not share the names of any of Ledger’s other bets in the space.

“We invested from the balance sheet because the pressure from our partners was too high, so we had to start somewhere. Now, we are putting some structure around what we were doing, very naturally and very quickly … but we’ve been in the market for some time,” Gauthier said.

Cathay, a global venture firm that’s best known for its bets on tech startups including Pinduoduo and Chime through generalist funds, has paired up with companies in this manner in the past to go deep into a sector. It runs a smart energy fund in conjunction with Total Energy and Hubei as well as a mobility fund alongside Valeo, both of which operate with models similar to Ledger Cathay Capital, according to the Barrier.

Although Ledger itself is best-known for its hardware, the fund has a broad mandate, according to Gauthier.

“Anyone that can build on top of the [Ledger] platform — which is basically anyone in the market — has a shot of engaging with us [through the fund],” Gauthier said.

The fund hasn’t yet deployed any of the capital, he added, noting that it closed very recently. Bpifrance, the country’s public investment bank, is one of the new fund’s investors, according to Ledger Cathay Capital’s official announcement.

With the recent crypto market downturn, I asked Gauthier if he was concerned about the timing of launching this fund and whether it’s too late to capitalize on opportunities in crypto. He responded by noting that Ledger was founded in 2014 and has weathered downturns before, adding that he is still optimistic about the market’s potential, in part because of the developer activity he’s seen on the Ledger platform.

Gauthier thinks this will be a key differentiator for Ledger Cathay Capital, as Ledger has a global view of new dApps and blockchains coming to market from its own users — the company claims it secures 20% of the world’s cryptocurrencies. That’s part of why Gauthier said he isn’t concerned about crypto prices right now, in addition to the advantages he said stem from being a global investor headquartered outside of the United States.

“When markets are getting tough, that’s when we are at our best,” Gauthier said.