Setting aside time for focused, undistracted work is a challenge not only for workers, which face a growing barrage of notifications, but teams and companies broadly speaking. One source pegs the cost of “lost” work at $650 million per year, not only because productivity losses cause a longer workday but because they can lead to a lack of engagement. According to Asana’s October 2021 work index, people waste more than five hours a week doing busy work, including duplicate tasks and waiting for status updates.

The quest for greater productivity is fueling an entire industry of startups, all of which claim to deliver a superior alternative to the traditional list-and-calendar approach. Routine combines tasks with notes and a daily planner. Amie puts a twist on the traditional calendaring formula with team-focused to-do features. Rise, another scheduling app, uses an engine to help configure the workweek automatically.

But Piyush Narwani thinks that his task-organizing startup, Aerotime, has the potential to break through the saturated market. A Y Combinator alum, Aerotime automatically stacks meetings together, leveraging an algorithm to recommend the optimal meeting time.

“Aerotime started with a realization I had that we end up losing a ton of time in massive context switching with poorly scheduled meetings, and not pre-planning the week … The ‘meeting burden’ in a company is very culture-dependent, and a product that solves for meeting optimizations has to think not just from engineering scheduling but also managing cultural expectations that wildly differ from one company to another,” Narwani told TechCrunch in an email interview. “Thanks to philosophies of Seneca, Paul Graham’s maker versus manager thesis and James Clear’s book ‘Atomic Habits’ … we realized how good engineering and design can solve this problem with almost no change to a user’s workflows.” 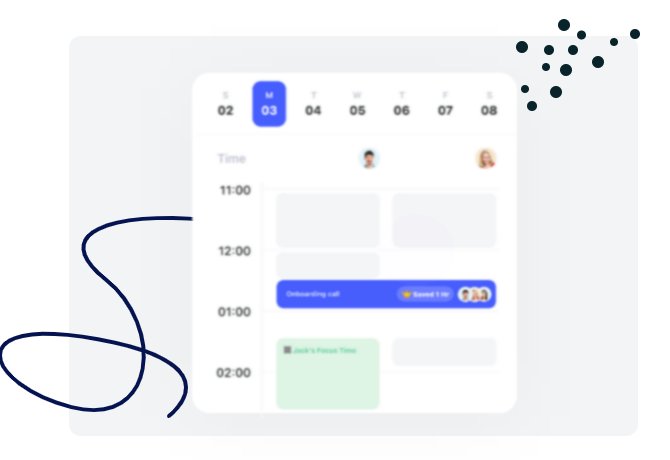 Both Google Calendar and Microsoft Outlook can automatically suggest meeting times as well as “focus times,” or chunks out of the day for more intense work. But Narwani and Aerotime’s other co-founder, Dhruv Goel, assert that Aerotime goes a few steps further with auto-replies for declined meetings, agenda recommendations and the ability to move meetings on a user’s behalf.

“Aerotime is unique in two ways,” Narwani explained. “First, it solves for a team. A team has a set of makers, like engineers and designers; a manager; and one to two functional managers. A product that builds amazing workflows for one set of users but breaks for another will not work in this setting. Second, Aerotime … makes uninterrupted space in the calendar, prioritizes important over urgent tasks and commits to the task at hand.”

Beyond the basics, Aerotime, which integrates with Slack, audits existing meetings to recommend a better daily meeting structure and offers shortcuts for scheduling tasks that can be placed on a desktop. Upcoming features will focus on analytics and goals to “set realistic expectations” and “improve discipline every week,” according to Narwani.

“Everyone wants to stack meetings together, but there are nuances to it — like in the morning hours, most people don’t like to take meetings, or after back-to-back calls, we need a buffer time to recharge, which might be different for people,” Narwani said. “Aerotime is slowly improving to better handle these parameters in our recommender. Aerotime also chases maximum task creation-to-accomplishment ratio, and for this we try to recommend best times to place tasks based on a few factors like ‘past task accomplishment’ behavior.” 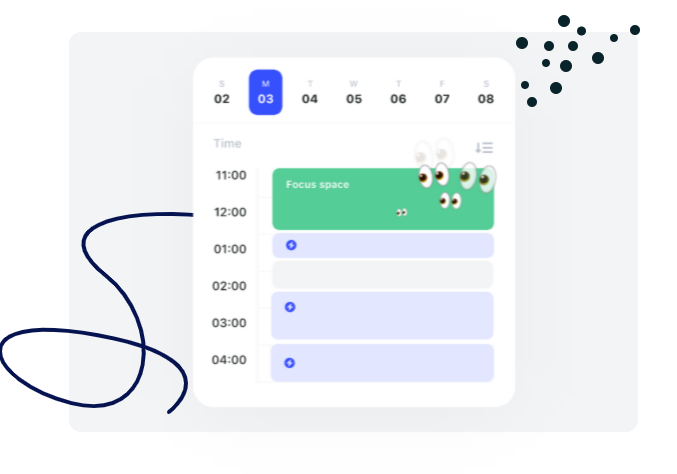 During its private beta, Aerotime managed to attract 70 teams including from companies like NextDoor and Swiggy. The sales pitch was no doubt made easier in light of evidence that productivity is falling sharply while work hours increase, even as it becomes less clear whether technology is improving productivity.

For Aerotime, the near-term focus is ironing out any kinks in the platform’s transition to general availability. The startup has raised $2 million to date from Sequoia Capital India, Nexus Venture Partners, SOMA Capital and several angel investors.

“The pandemic led to remote work, and developer productivity took further hit as Slack pings and meetings increased,” Narwani said. “This led to more alignment work and more context switches and less time for deep work and actual time to ship code. With a broader slowdown in tech, hiring slows down. With this, employee productivity becomes an extremely important metric to track and improve. Aerotime’s core premise of saving time by better prioritization and better scheduling adds a lot of value to this.”