The speed tests and all that fun stuff are going to have to wait until we get to bring one of these bad boys home. In the meantime, it’s just kind of nice to be back in the show scrum after two years of social distancing. What you’ve got right here is a new-fangled MacBook Air. The M2 variety, as it were.

This is probably the strongest design departure since the line was first introduced all the way back in 2008. Fourteen years is, of course, several lifetimes in the world of consumer electronics, but iconic design is iconic design. In the Air’s case, that’s the distinct wedge element, which has been a fundamental piece of the thin-and-light laptop since Steve Jobs first pulled it out of a manilla envelope onstage at Macworld. 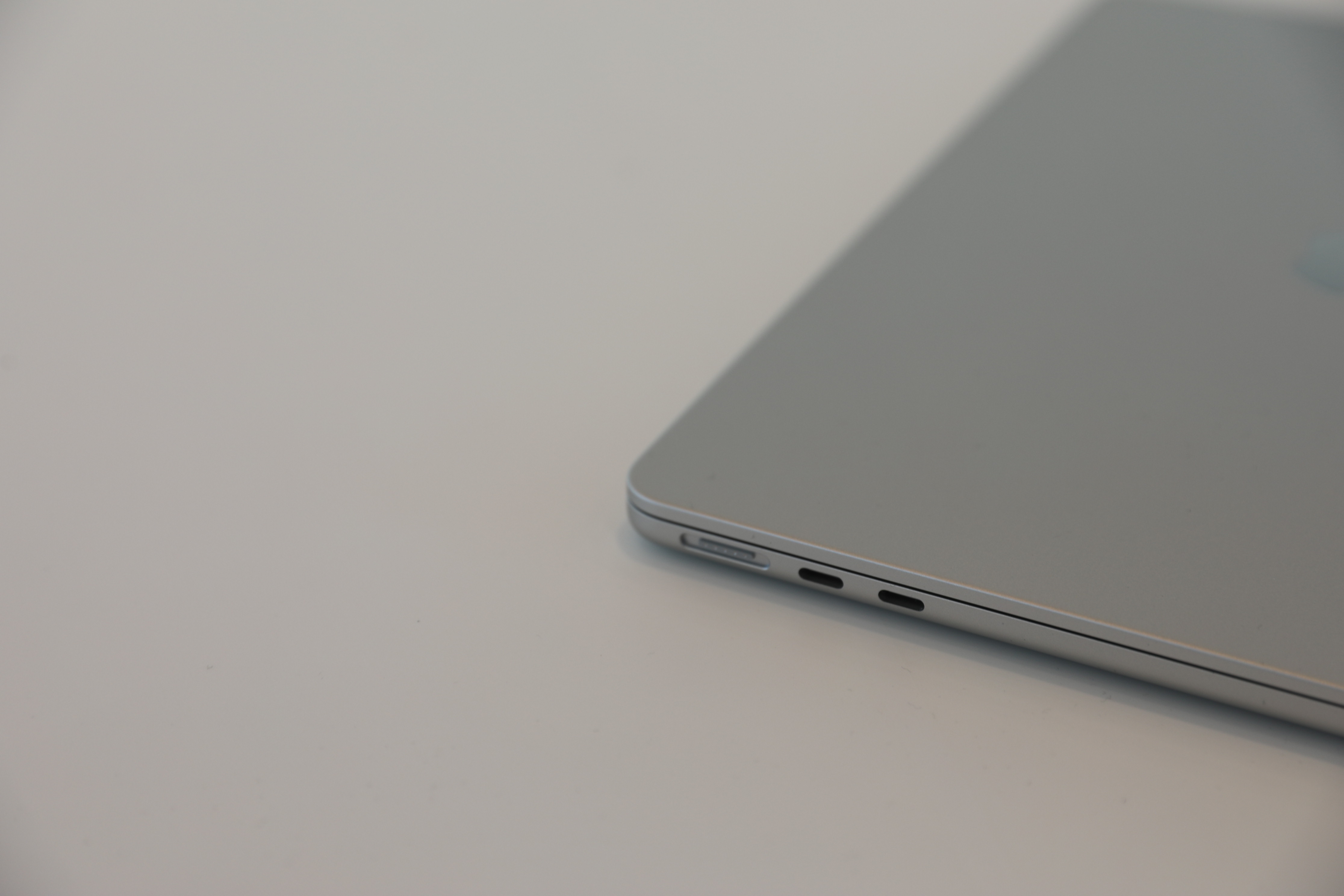 The new version ditches that element and instead adopts a design more akin to its larger M-chip brethren. Effectively, it’s a slightly scaled down version of that boxy aesthetic. It’s thin, light and easily held in a one hand. Having just flown across the country to get here (not to mention schlepping some giant camera lenses back and forth through Apple Park for the past several ours), it seems like an ideal travel companion, assuming you don’t mind the 13.6-inch display (a subtle upgrade over the last version’s 13.3 inches). 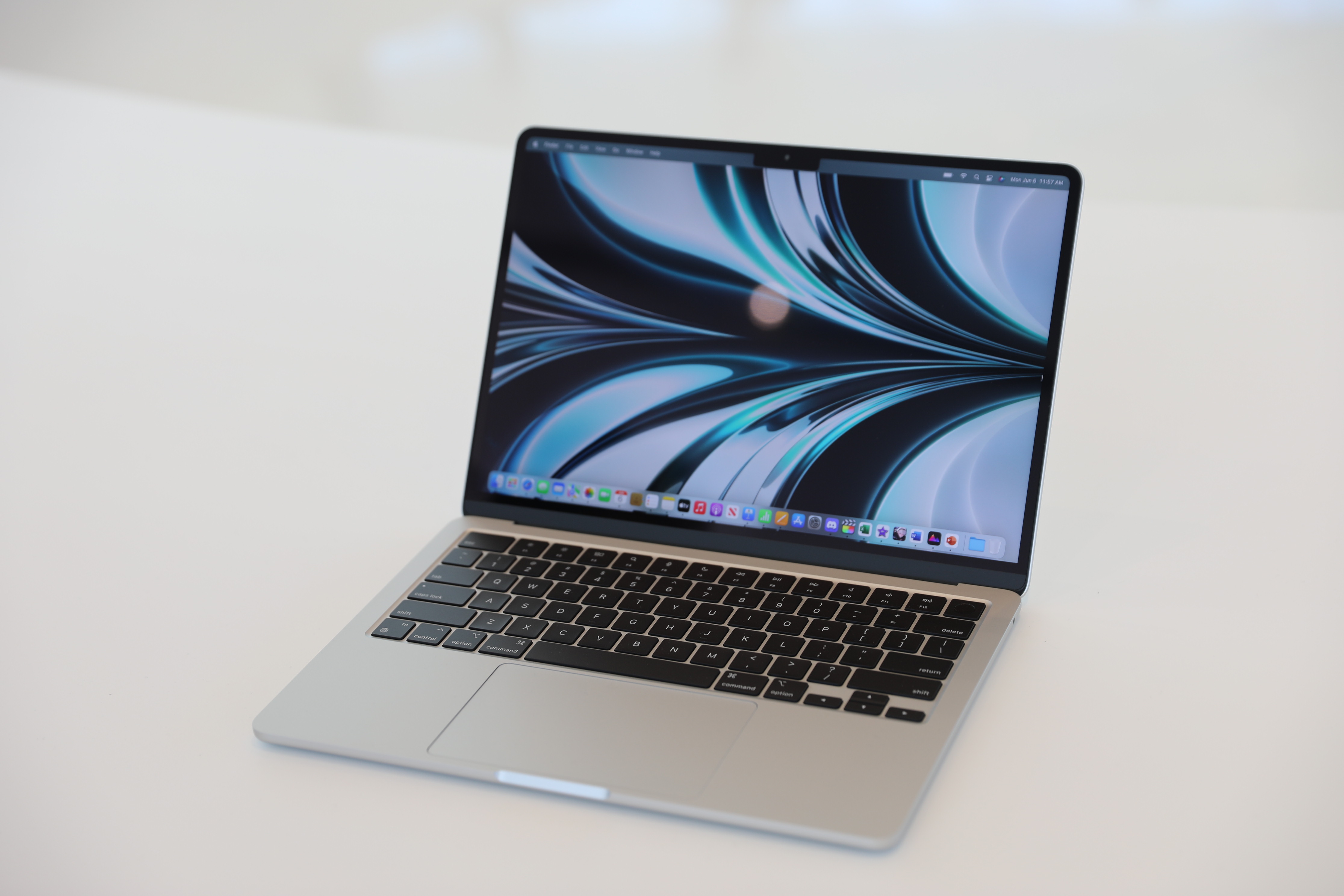 The displays is effectively the same resolution (bumping from 2560×1600 to 2560×1664, owing to the little additional real estate), but the IPS has been upgraded to a Liquid Retina. The brightness has also gotten a bump from 400 to 500 nits. 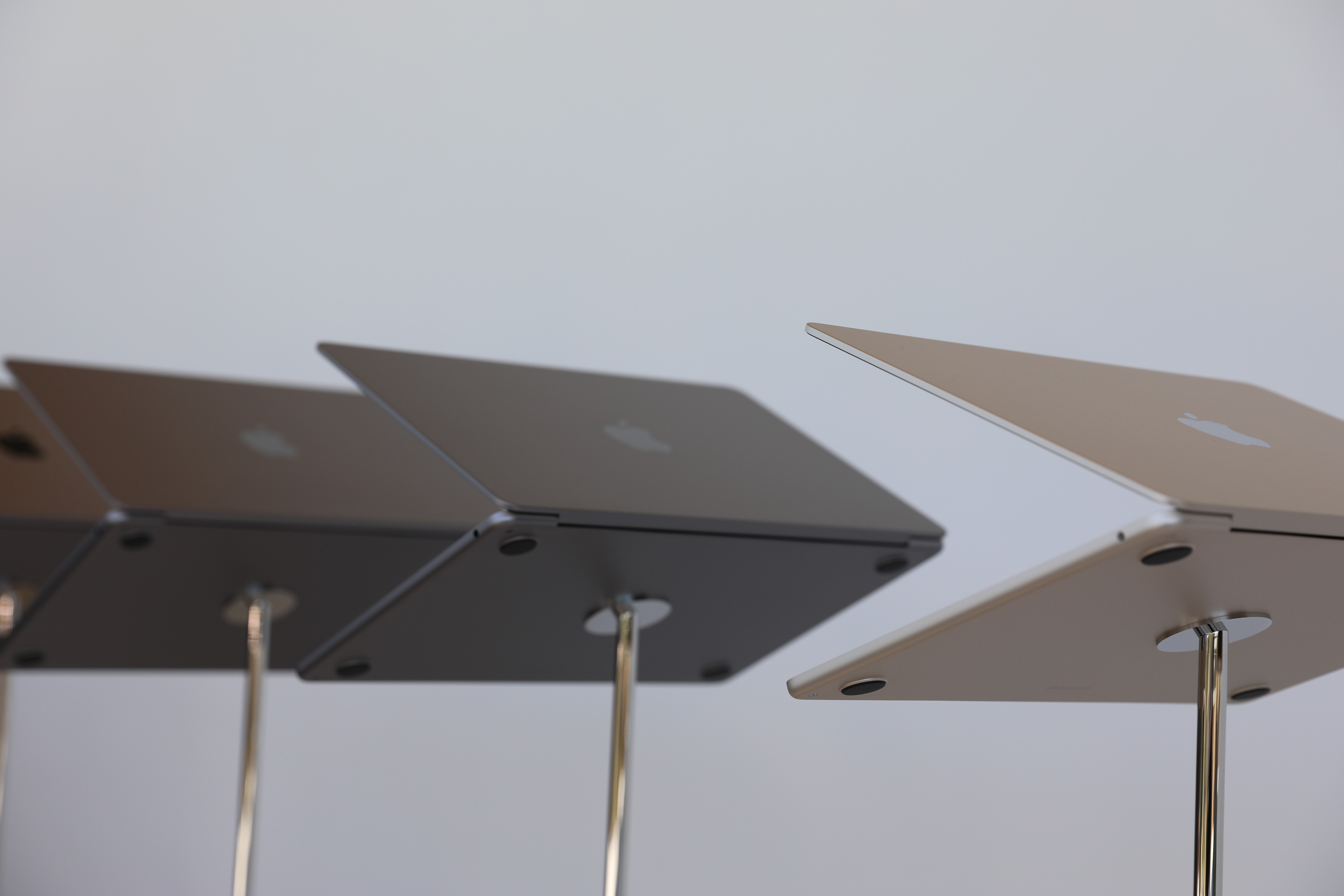 The addition of MagSafe is big. Yes, it’s one of those features Apple never really should have done away in the first place. Funnily enough the company made a point to mention that the device still has a headphone jack — I guess you can’t take anything for granted these days. Beyond that, you’ll get a pair of USB-C ports on the same side as the MagSafe.

The M2 chip is, of course, the thing. And along with it the added power and battery life it brings. The system is rated at 18 hours on a charge — that’s two less than the new Pro but should still be more than enough to get you through any flight with some to spare.

The new Air starts at $1,199 for the eight-core model and $1,499 for the 10. The colors are nice and subtle — nothing super flashy or loud here. I’m partial to the Starlight and Midnight — maybe because they’re new?