I was swearing under my breath when Apple got all swoony-eyed about its fancy new 1080p camera on the new MacBook Air M2. We live in a world where 1080 is retro. 1920×1080 pixels works out to about 2 megapixels, which is just laughable. Even the lowly iPhone SE has a 7-megapixel front-facing camera, and I’m getting really bored of dumb products like Continuity Camera.

In the WWDC keynote, Apple says “we spend a lot of time in front of our Macs with our cameras on; our webcams have become an integral part of work and school,” which — yeah, of course. There’s a global climate disaster on our doorstep and we need to travel less. There’s been a pandemic ravaging through the world from every angle, and we’re so bored of Zoom every day of every week that occasionally smelling a flower or hugging a tree gives such an oxytocin rush that it seems a little pointless to even consider illegal drugs at this point. So why the ever-loving copulating hell are you not putting decent cameras in laptops at this point?

Sure, it’s neat to be able to use your phone as a webcam, but goodness, Apple, you do realize that there isn’t a laptop in the world that won’t be used extensively as a web cam, and you clearly have access to the plenty of high-quality cameras from the gabazillions of iPhones you’re selling. I know you’re a little low on cash (that was a joke, people … ), but let’s not stoop so low as to start selling hideous stick-my-iPhone-on-my-laptop accessories to fix a problem that would be much better fixed at a different point of the design process. 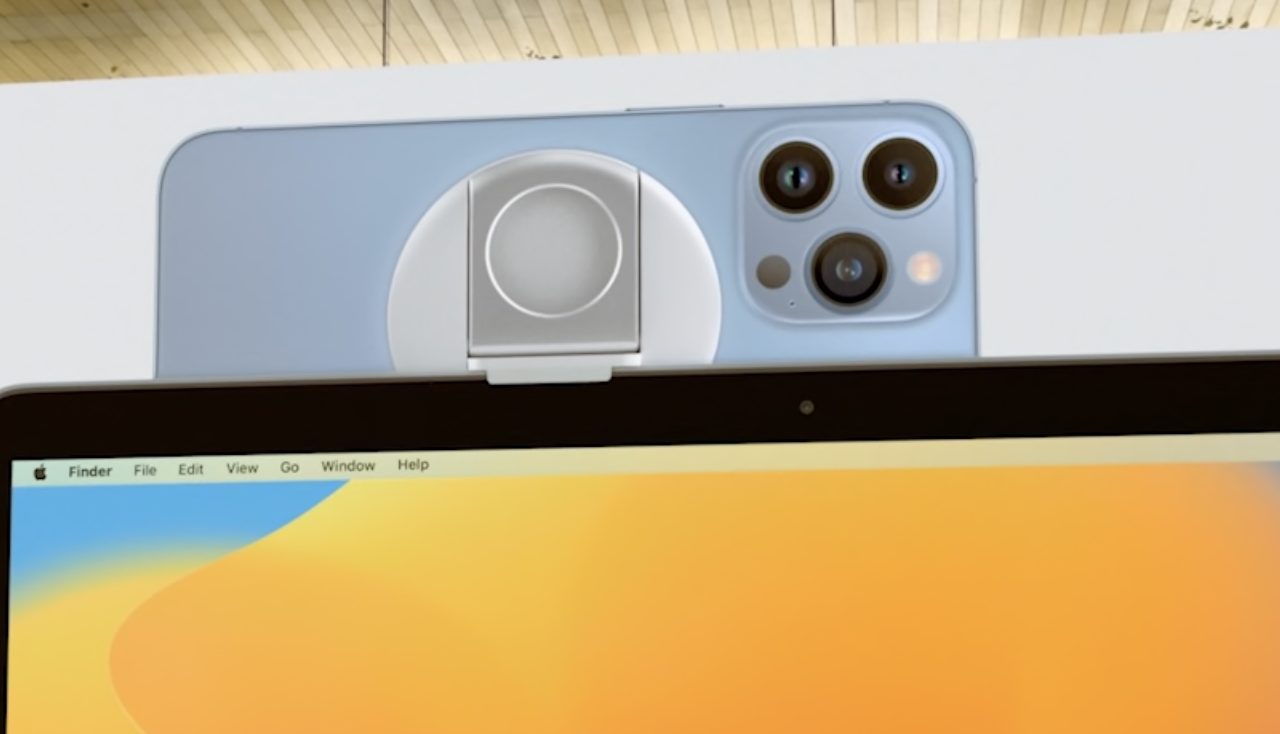 This is the ghost of Steve Jobs doing rage-cartwheels in his grave, and I can only imagine that Jony Ive is face-palming so hard that his fingers are making an indentation on the inside of his skull. Image Credits: Apple.