Policygenius, an insurtech that raised $125 million in a Series E round less than three months ago, has reportedly laid off about 25% of its staff.

The number of employees affected is not confirmed but is believed to be around 170, according to multiple sources.

One employee posted on LinkedIn today that he was among the 25% of staff that were let go.

In a statement provided via email, Jennifer Fitzgerald, CEO and co-founder of Policygenius, did not confirm that number, saying:

As with many companies, the sudden and dramatic shift in the economy has forced us to adapt our strategy. After careful consideration, we announced the difficult and necessary decision to reduce the size of our workforce. With these changes, we remain confident in the future of our company, our continued innovation, and the excellent service we continue to provide our customers every day. This is a difficult day for us at Policygenius, and especially for our employees who have been directly impacted. We’re saying goodbye to friends and colleagues who have, through their hard work and dedication, helped build this company and deliver on our mission for our customers. We’re grateful for their many contributions and wish them all the best.

At the time of its Series E in March, Policygenius — whose software essentially allows consumers to find and buy different insurance products online — said that its home and auto insurance business had “grown significantly,” with new written premiums having increased “more than 6x from 2019 to 2021.”

In a press release, the company said: “Policygenius continues to be the only tech-enabled brokerage and distribution platform to have successfully scaled and diversified across life and home and auto insurance. The company will use the new capital to continue to invest in the growth of its core businesses of life, disability, home, and auto insurance, as well as new no-exam life insurance offerings and Policygenius Pro.”

Since its 2014 inception, Policygenius has raised over $250 million from investors such as KKR, Norwest Venture Partners and Revolution Ventures as well as strategic backers such as Brighthouse Financial, Global Atlantic Financial Group, iA Financial Group, Lincoln Financial and Pacific Life. 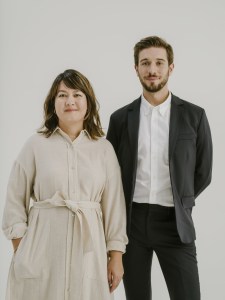 While we can’t speak specifically to Policygenius, it’s been widely reported how poorly insurtech companies have fared in the public markets over the past year with Lemonade, Root and Hippo all trading significantly lower than their opening prices.

It was quite the run of liquidity for companies that racked up impressive venture backing in their early days.

Since then, Metromile announced that it would sell itself to Lemonade after losing nearly all of its value; today, Metromile is worth around $1.12 per share, down from a 52-week high of $12.74 per share.